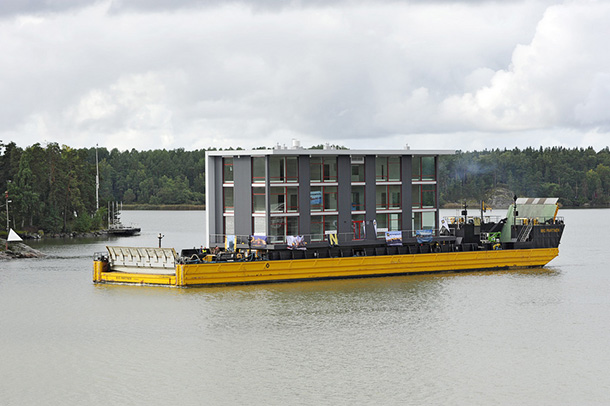 A Finnish building company NEAPO has reported about an outstanding sea voyage. Its new three-storey office building, 33 metres long and 12 metres tall, was transferred in one piece by water to its plot on Hirvensalo Island near Turku, Finland. The voyage of this 220-tonnes construction from the shipyard to the island took just under three hours. 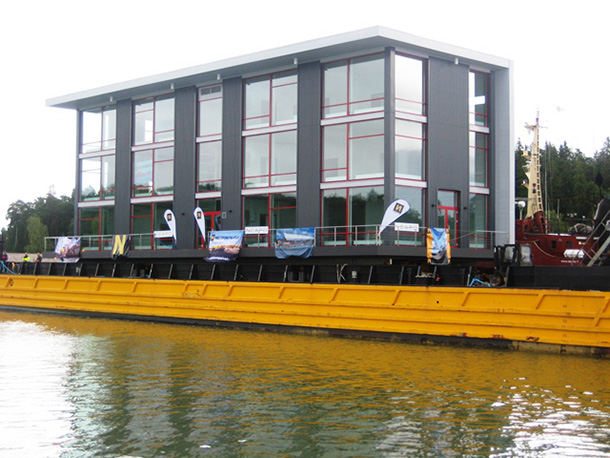 NEAPO constructs buildings of prefabricated modules using a special construction method. The modules are made of the advanced FICXEL steel honeycomb panels which are claimed as a light but at the same time durable alternative to reinforced concrete. In addition, the prefabrication process minimizes quality fluctuations, costs, material loss and environmental impacts. 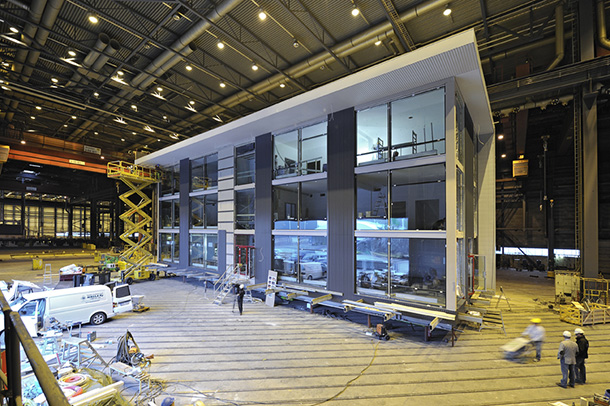 The construction of this unusual building was started inside the large shipyard hangar in December, 2010. Almost all the work was done indoors. The steel foundation was constructed in the first phase. The frame was assembled from three large blocks. The frame blocks were lifted onto the steel foundation using indoor hoists. The core panel structure supports both itself and the whole building, so there was no need for a separate frame structure. HVAC and electrical work, installation of light fittings and tiling of sanitary facilities were done at the shipyard. The frame was clad and inner and outer surfaces were finalized. On the plot the building was only had to be shifted from the carriages onto the reinforced concrete piles and connected to the public utility services. 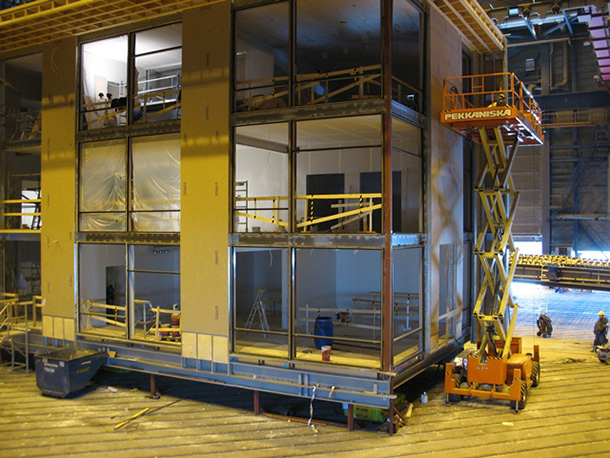 NEAPO normally transports its houses by road but in this case it was only one way to deliver a three-storey building to the plot. Following the company’s estimation, a concrete building with the same dimensions would be five times heavier and couldn’t be transported this way. If necessary, it is possible to the building again. 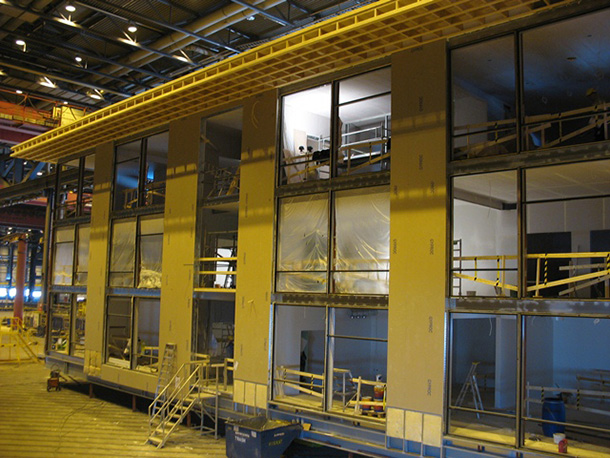 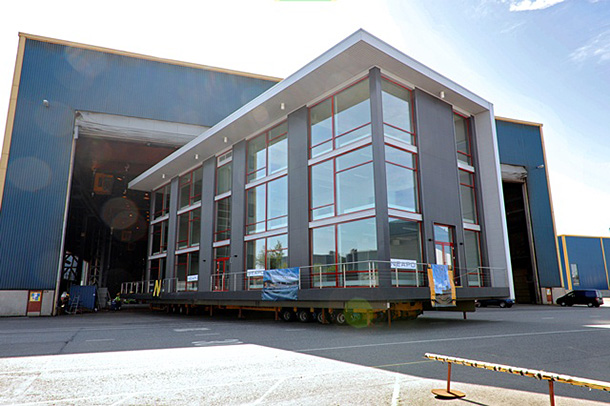 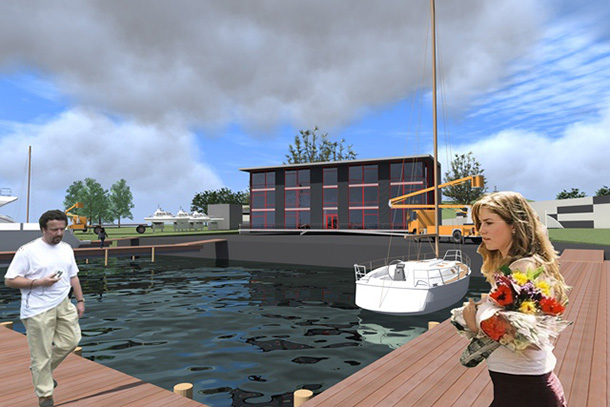 You can watch the video of the building’s sea transportation here.