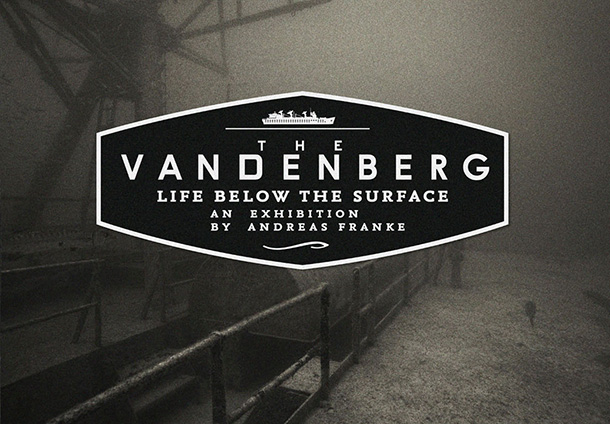 Not only could contemporary art be seen in a gallery, but sometimes we can also come across it in rather unexpected places like, for example… under the sea. Just this very idea occurred to Andreas Franke, an Austrian professional photographer and avid diver, after he had taken several photos of Vandenberg shipwreck in the Florida Keys National Marine Sanctuary. Having come back to Austria and started compositing the images, Andreas thought that it would be very fascinating if they could be exhibited on this shipwreck. With the help of Donna Belej, his New York producer, he managed to put his plans into practice. 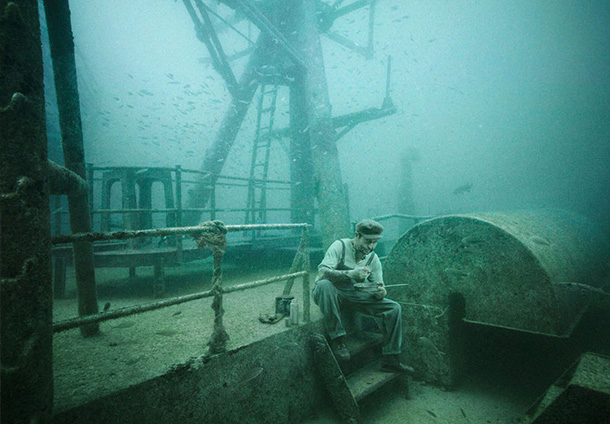 In order to see this unusual exhibition, which was titled The Vandenberg: Life Below The Surface, the visitors have to dive at a depth of 28 meters. Twelve digitally layered photographs are attached to the ship’s weather deck with strong magnets which grants a damage free removing after the end of the exhibition. Each one is encased between sheets of Plexiglas with a stainless steel frame. A silicone seal keeps out the water. 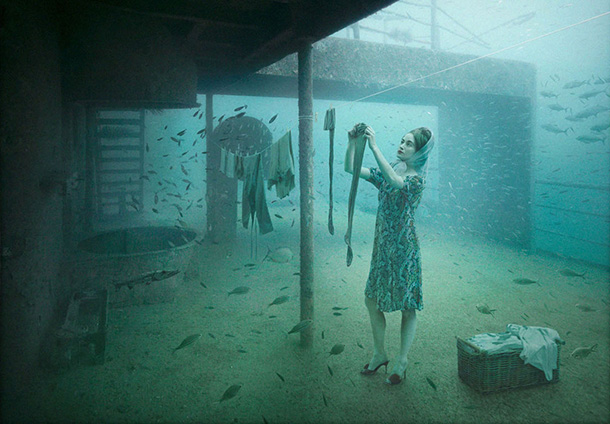 ‘Even though there is so much life, marine life, all over and around it, the shipwreck itself, to me, is a dead thing,’ Franke said. ‘But I thought that if I put people on it, then there would again be life on that ship.’

The images on the exhibition depict people doing their everyday activities: there is a girl trying to capture a fish with a butterfly net, a woman hanging the washing, a worker having his dinner… But the author put them into the atmosphere of the underwater world and this completely changed the impression that they made. 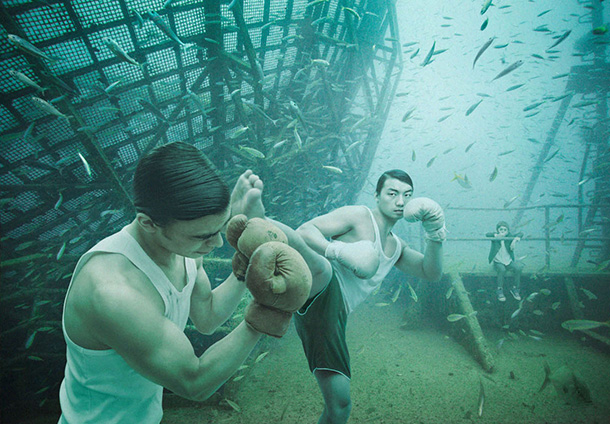 ‘Mystified scenes of the past that play in a fictional space. Dreamworlds, where you can get lost or you can identify with. This makes a new and unexpected atmosphere.’ 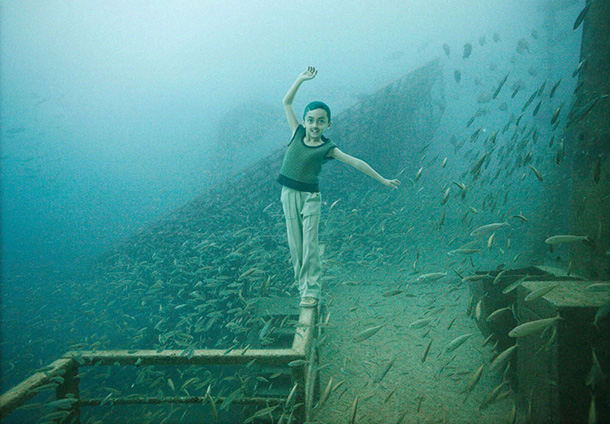 A mismatch between the characters and their environment causes a sense of surreality of this world. The characters themselves look very similar to ghosts. They are expected to vanish in the next moment after they finish the captured activity.

Being in the same environment where the characters of the images are, the viewers have a chance to experience in full feelings and senses that the author has striven to convey. 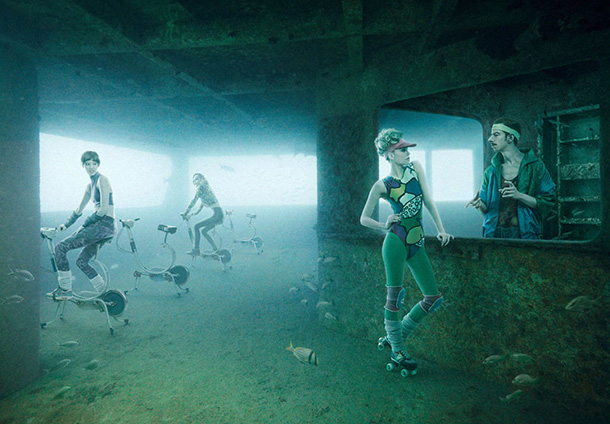 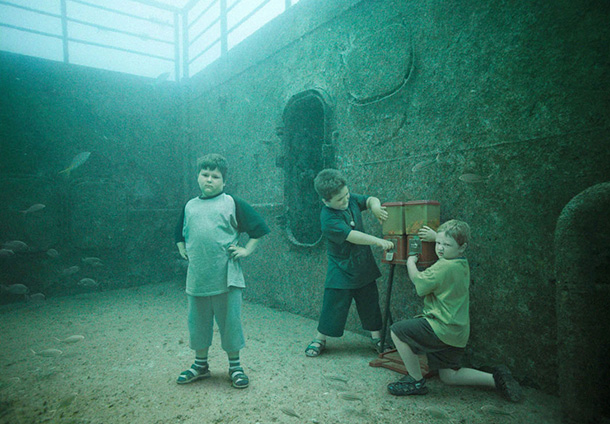 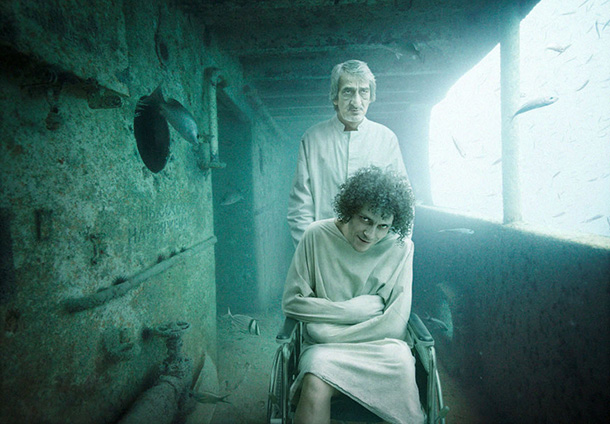 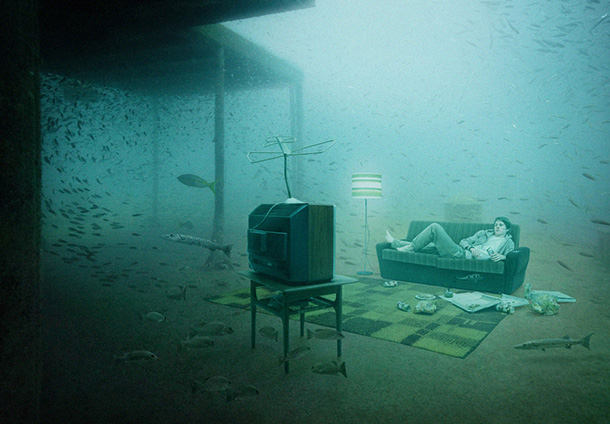 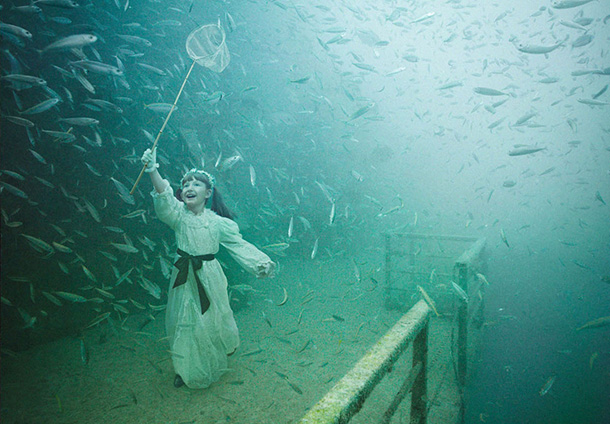 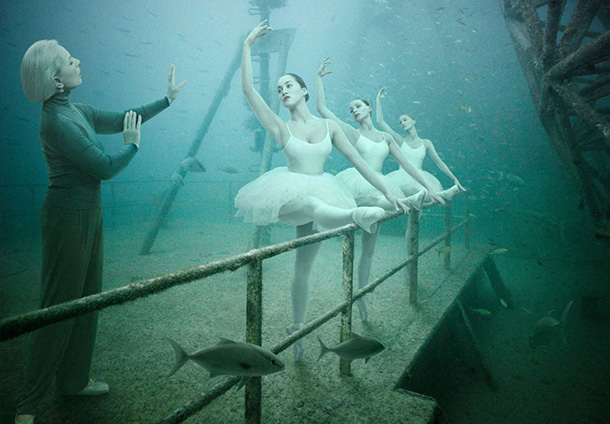 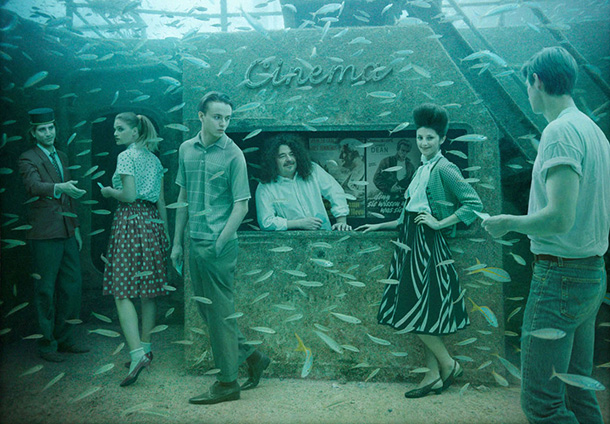 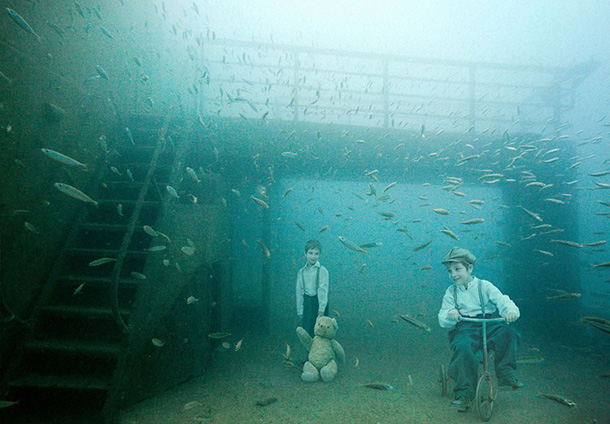 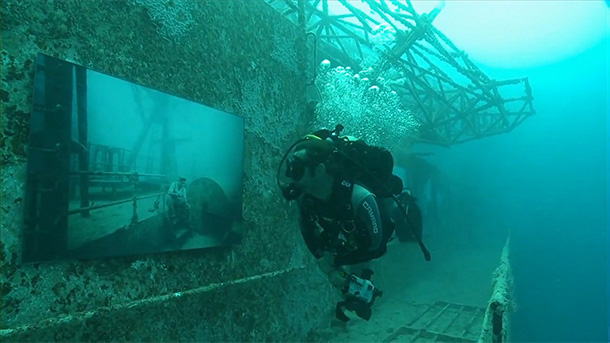 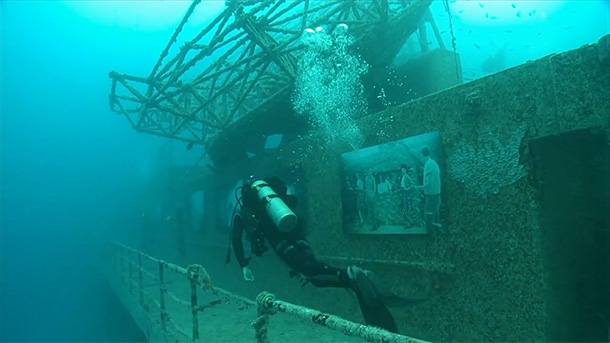