British Designer, Sir Paul Smith, received a bespoke Defender outside of his shop at No. 9 Albemarle Street in Mayfair, London last Friday. A longstanding fan of the Land Rover Defender, Sir Paul Smith has owned several of the vehicles over the years and said, ‘The Defender is a British icon, which is something I’m exceptionally proud of.’

The unique vehicle, which was built entirely to Sir Paul’s own specification, was designed by the British fashion icon in collaboration with Land Rover and features hand-finished artwork, specially crafted by Land Rover’s Special Vehicle Operations division, who are on hand to fulfil individual customer commissions and personalisation. 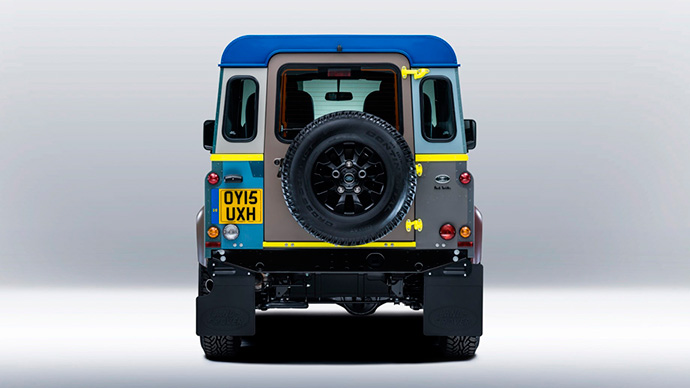 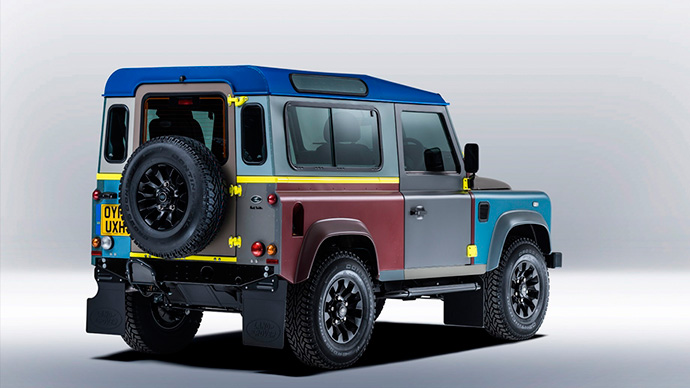 The one off Defender features 27 different colours on the exterior panels, all of which were chosen by Sir Paul Smith. Taking inspiration from the British countryside, as well as colours historically seen on Defenders used by the Armed Forces, he says, ‘I wanted deep rich colours, but at the same time, I wanted them to work together yet be surprising.’ In order to achieve the look he wanted, Paul gave the SVO team a set of Pantone colour references, which were then mixed specially for this vehicle.

Further adding to the vehicle’s bespoke design, Paul worked with Land Rover to ensure that the interior stayed true to his vision. ‘This is a complete one-off; I wanted to give this Defender a feeling of luxury, so I used a mix of leather and fabric for the seats. I actually used the fabric that I design for Maharam, the American upholstery company.’ The vehicle features lots of special Paul Smith touches. 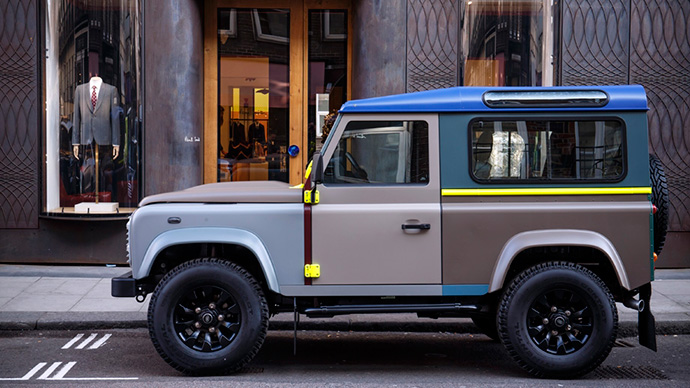 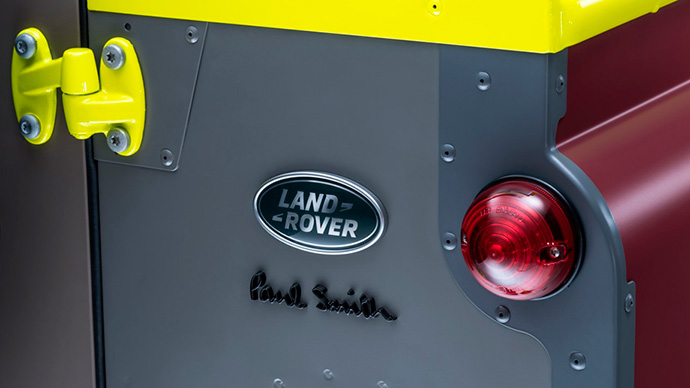 Gerry McGovern, Design Director and Chief Creative Officer of Land Rover, adds: ‘I felt it would be a fitting tribute to the iconic Defender, that one of Britain’s most distinguished designers worked with the Land Rover team to recognise his creative vision.’

This exclusive Defender joins together two icons from the British automotive and design industries respectively and forms part of a year-long celebration of the famous Defender as it enters its final phase of production at the Solihull plant. 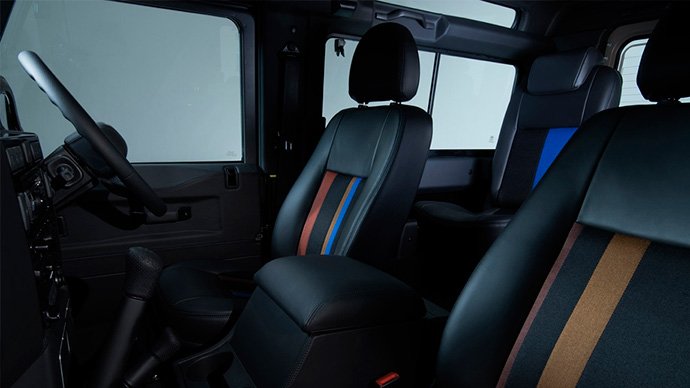 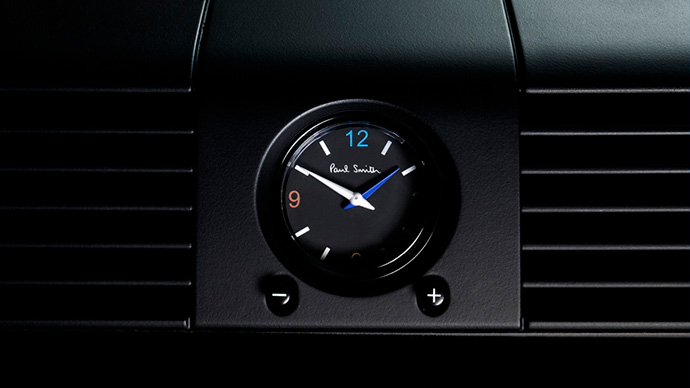