In Masdar City, there is no fossil fuel-powered transport – it is replaced by driverless electric vehicles controlled by an advanced navigation system. The architects from a Chicago-based practice Adrian Smith + Gordon Gill Architecture decided to go further and proposed a project of a completely pedestrian city.

Titled Great City, it will be situated near the city of Chengdu in Southwest China and will occupy an area of only 1.3 square kilometers. Due to the little area and compact layout, the distance to any location inside will be walkable within about 15 minutes, that excludes the necessity of using most automobiles. The city will have a road network, but it will be mainly used to connect it with Chengdu and surrounding areas.

The architects also designed Great City surrounded by a 2.65 square kilometers ‘buffer landscape’ – a green area that would be reached from the center on foot within ten minutes. An extended recreation system connects the pedestrian network to trails that run through the surrounding parks and farmland. 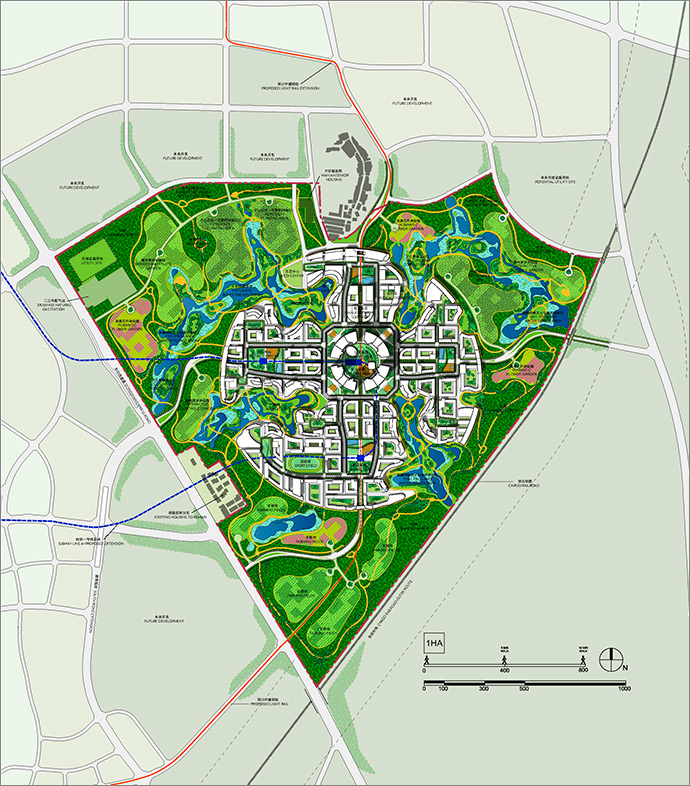 According to the authors, Great City will use 48% less energy and 58% less water than an average city with similar population. It will also produce 89% less landfill waste and generate 60% less carbon dioxide. The city will also have a seasonal energy storage to use waste summer heat to provide winter heating. A power generation plant will employ the latest co-generation technology to provide both electricity and hot water. The architects worked with the infrastructure consultant Mott MacDonald on plans for an Eco-Park that will integrate wastewater treatment, solid waste treatment, and power generation.

It is intended that Great City will be completed in about eight years. It will be a home to about 30,000 families totaling 80,000 people. The project is also envisioned as a prototype or model city to be replicated in other locations throughout the country.