The Firefighters barracks matches the CB1 Type program and is located in Quinta de Ge?o, at the lot 28, of 4770 m2. The building comprises a total gross area of 1173 m2 and lodges the support functions to the fire brigade. Starting from the “Lobby – Access”, it is organized in 3 floors. It develops exclusively at the ground floor level in the continuity of the sector A, with its own access from the corner of the B and C streets, houses the tasks of the associative sector and comprises a total gross area of 145 m2: 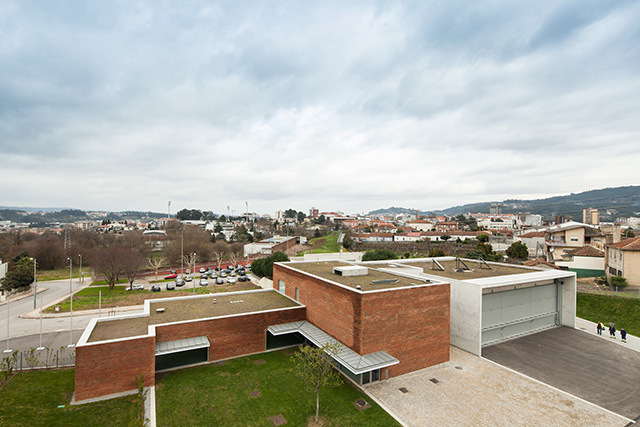 Between sectors A and B there is a circulation space, open onto a courtyard, communicating with all building functions. In the terrain remaining space, between the building and the EN 104, lies the Operational Parade, of 914 m2, with access from the C street and directly from the car park. Next to the Operational Parade is located the Home-School (CE) and the workshop and washing (OL). The Honor Parade is located next to the building main fa?ade from the C Street.

Regarding the landscaping project and exterior arrangements, the proposal envisages the establishment of paved green areas that will serve as a framework and support space. The paved areas, excluding the car accesses and the terrace area outside the Bar, are coated with stone trimmed asphalt concrete. The green areas will be targeted for the existing vegetation reinforcement in the slope areas, proceeding to the replacement work of degraded species. Occasionally some trees will be brought, fed by an automatic irrigation system and flagged by boilers in the paved areas. 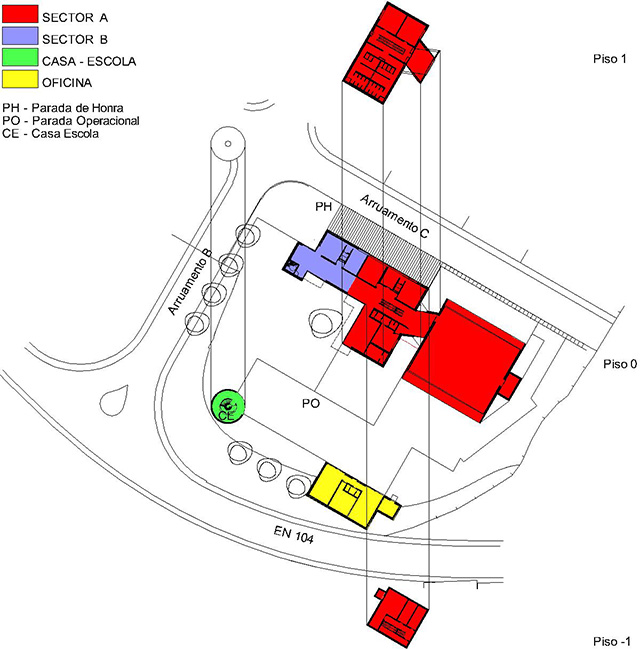 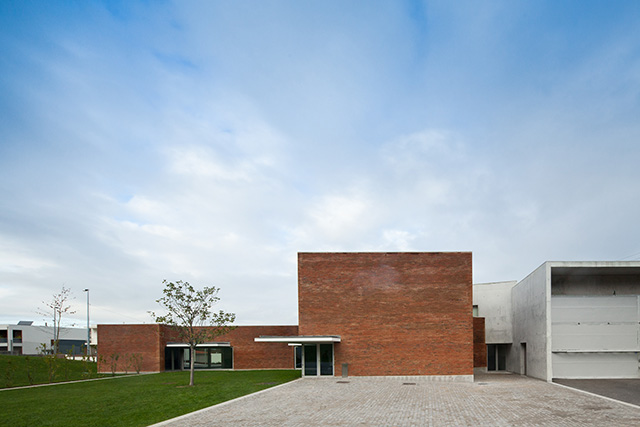 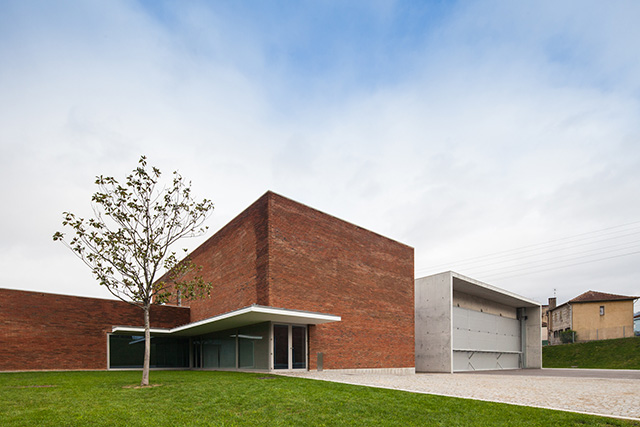 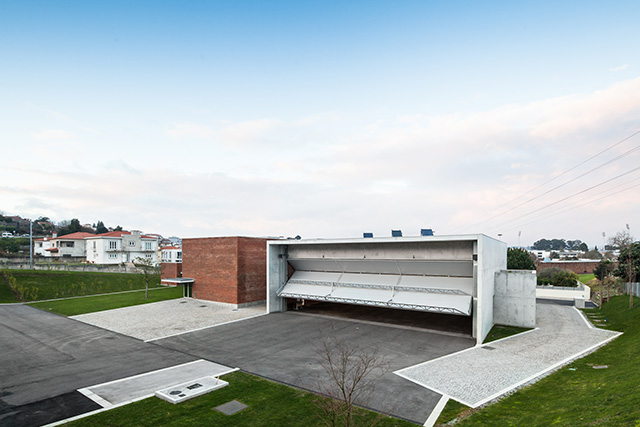 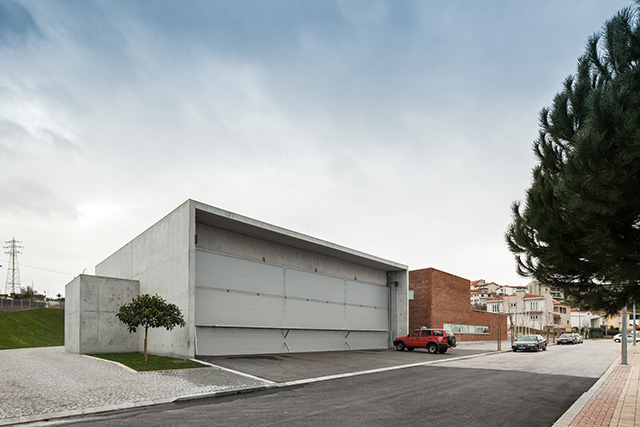 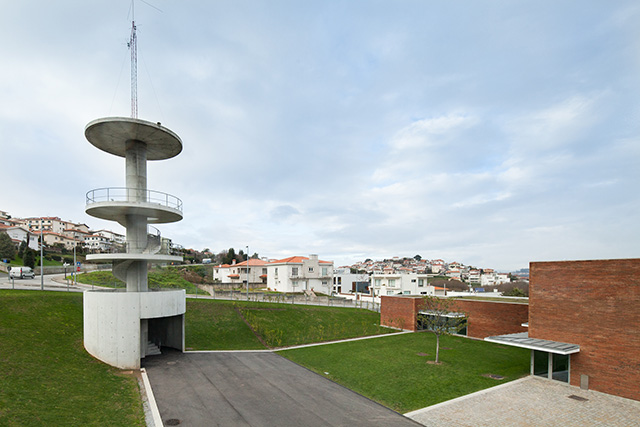 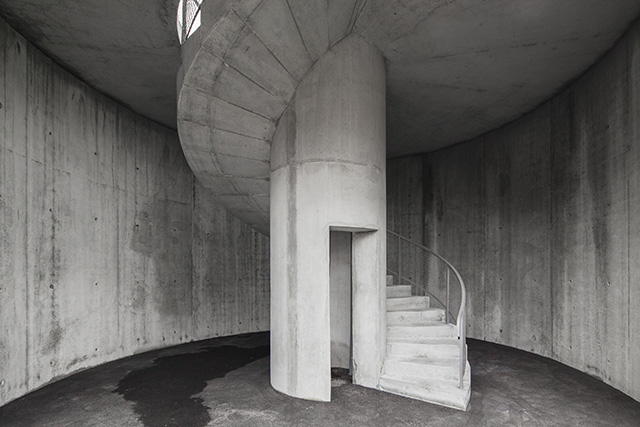 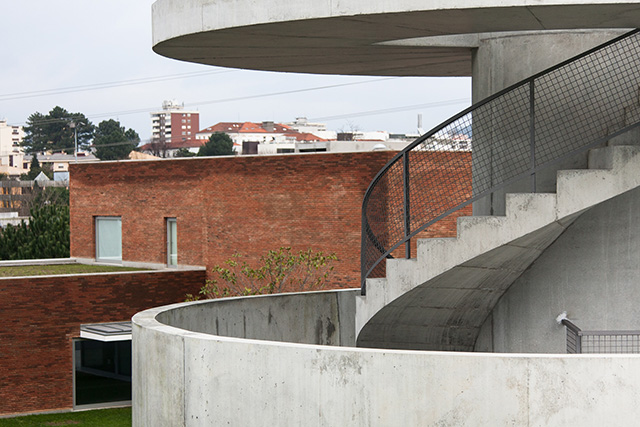 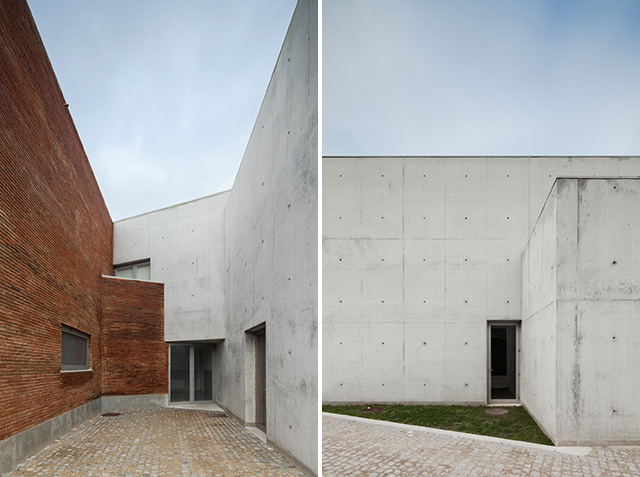 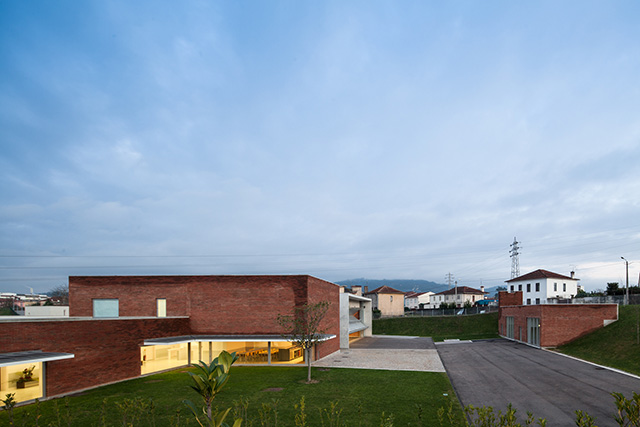 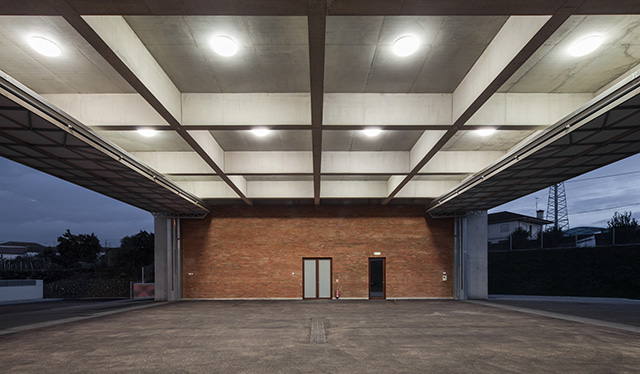 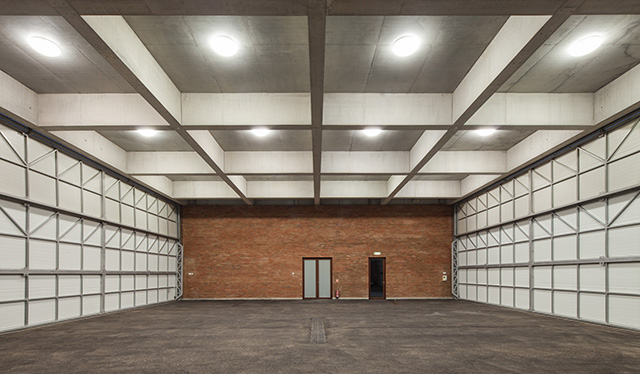 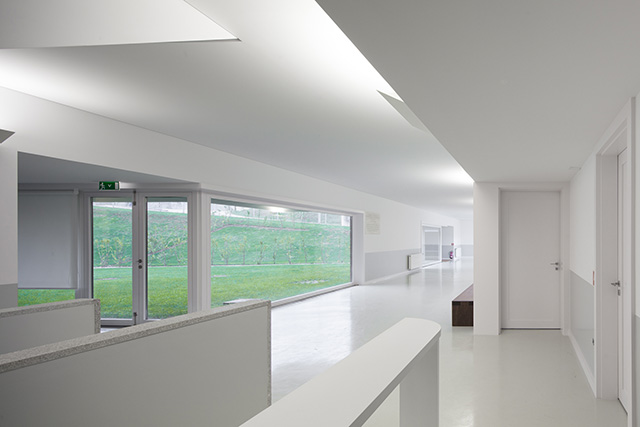 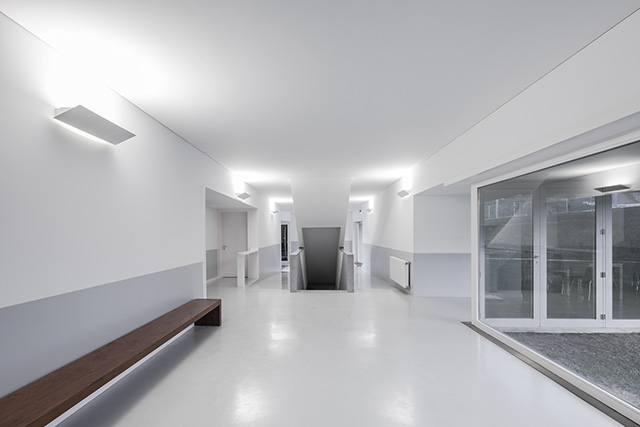 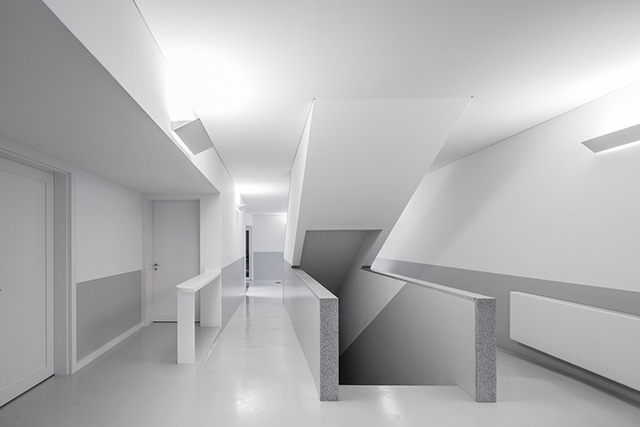 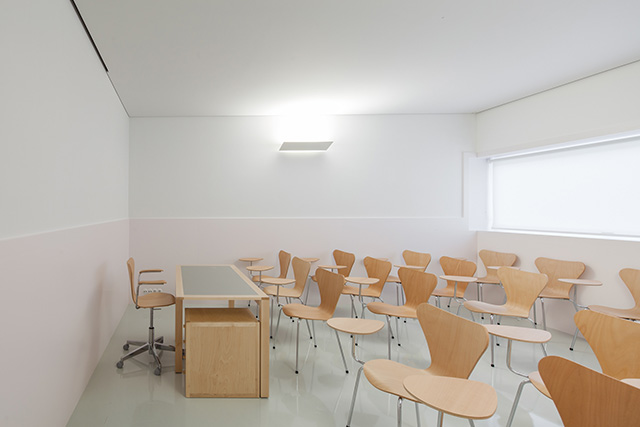 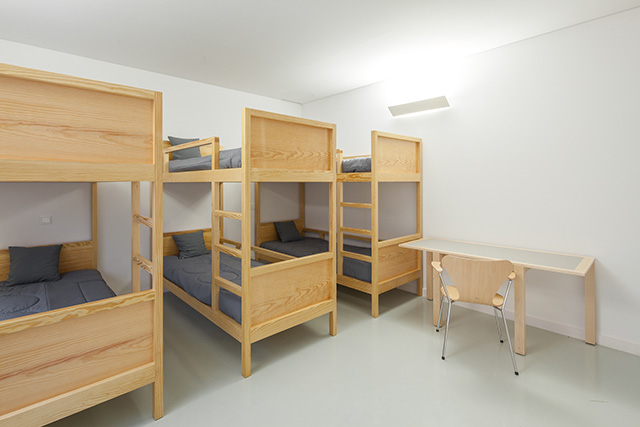