With the purpose in requalifying an old building belonging to a derelict industrial area, this project proposes a new concept for a banking branch by presenting an innovative attendance desk design that leads to a new and fresh appearance, language and workplace blueprint, without losing the institution’s identity. This new image needs to be cohesive, simple in its form, identifiable from other institution’s branches, communicative and friendly.

The idea bases itself in the use of two objects: a box, as a reference to the institution, and a desk, becoming the two, protagonists of a story that molds and arranges the surrounding space consisting of approximately 200 m2. The entry box, an element in sheer stone, transmutes between two identities: a solid and featureless form during the day; a translucent and welcoming sight at night revealing in its interior the institution’s identity. The desk as the element that delimits space and stipulates the proximity between the client and the bank.

Clearly delineated spaces and objects are created, and monoliths that convey the company’s motto ‘we of the land’ as an idea of solidity, drive the point of the intervention, the purity in geometry, offering aunique experience. 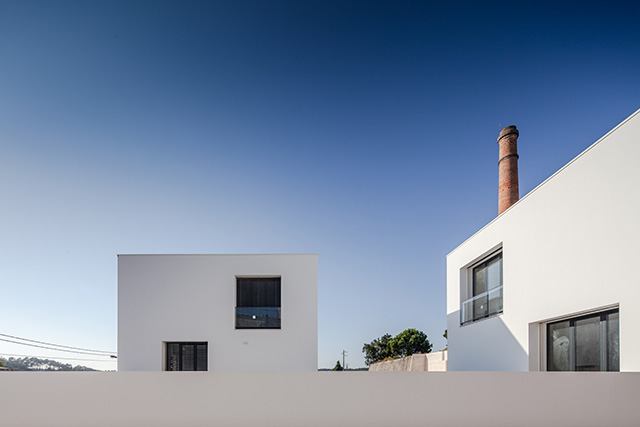 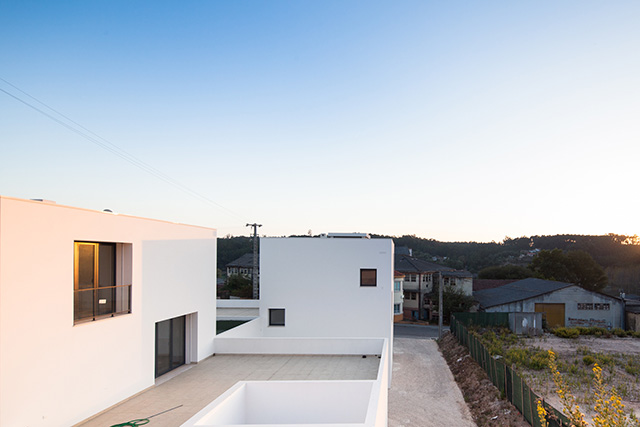 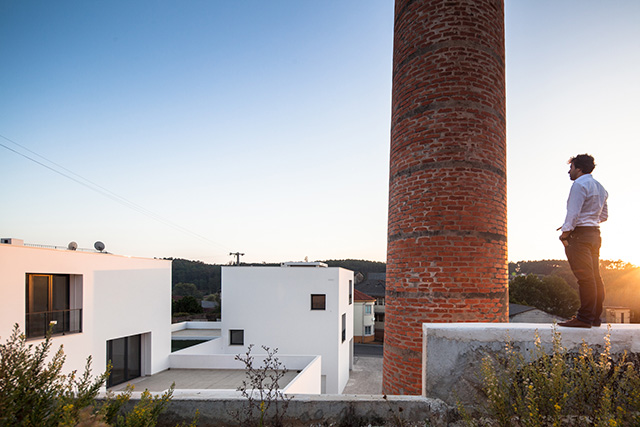 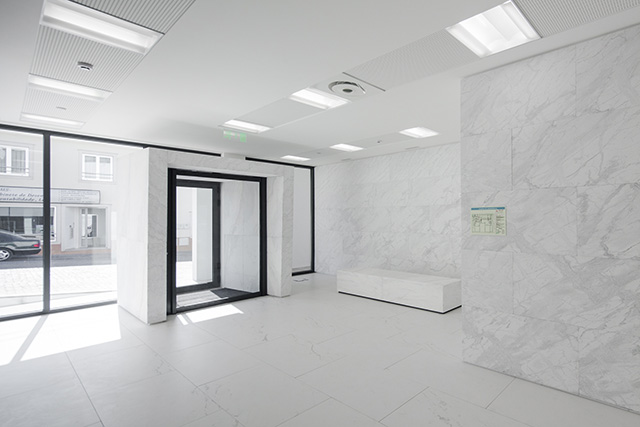 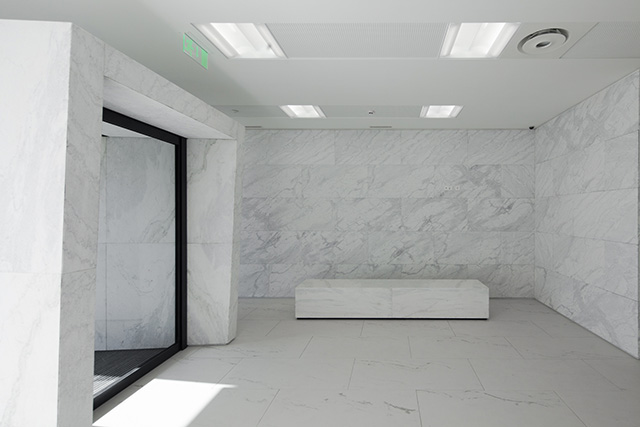 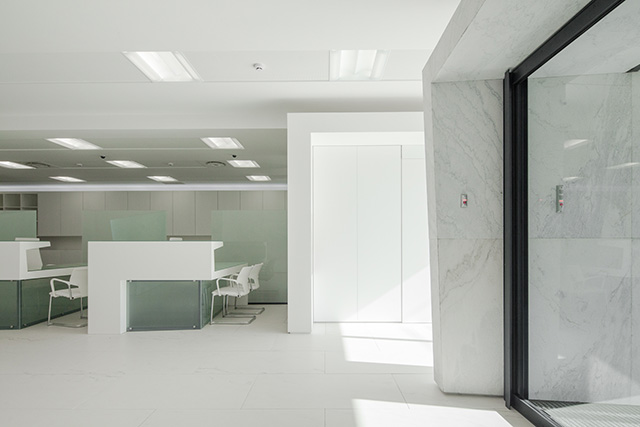 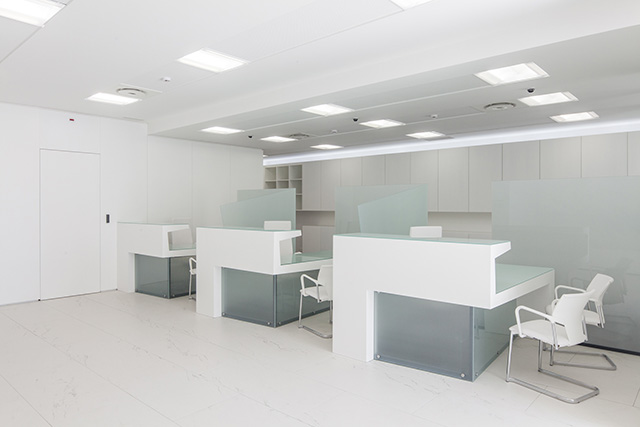 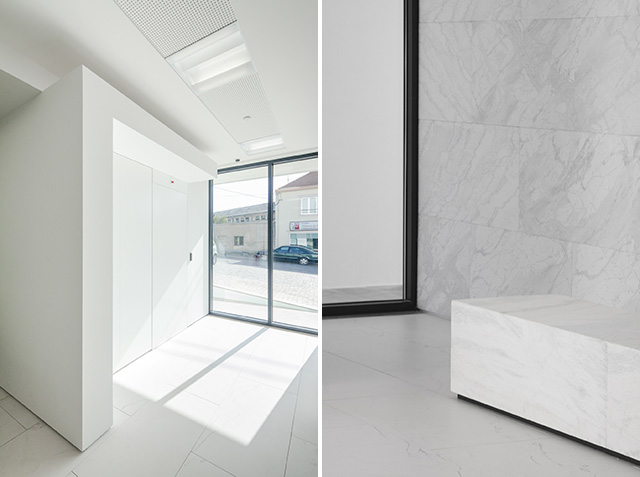 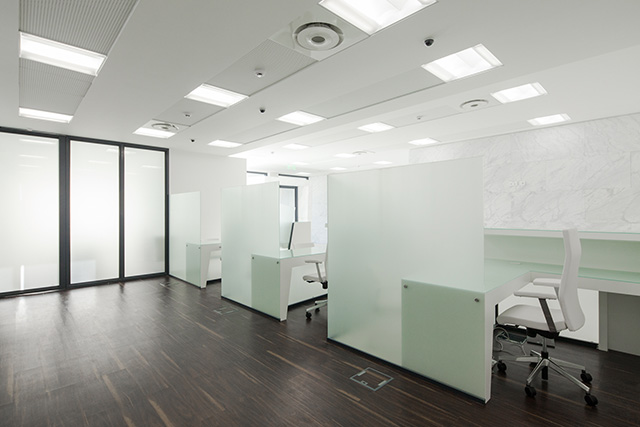 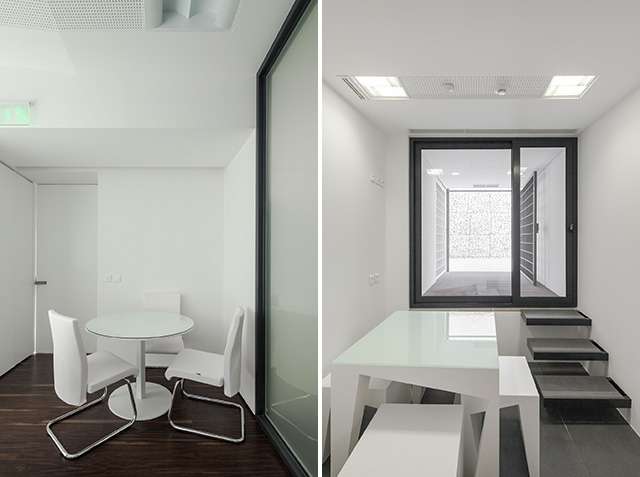 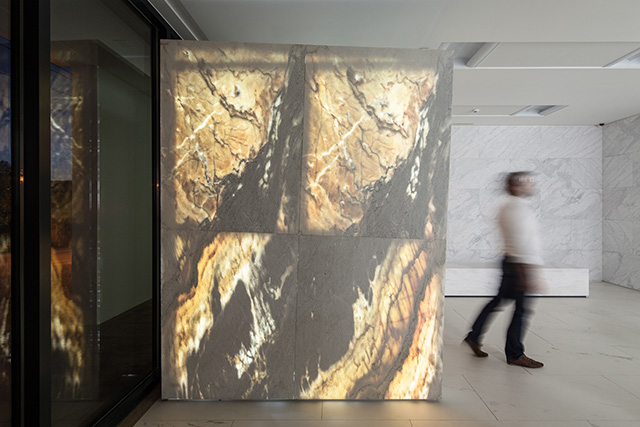 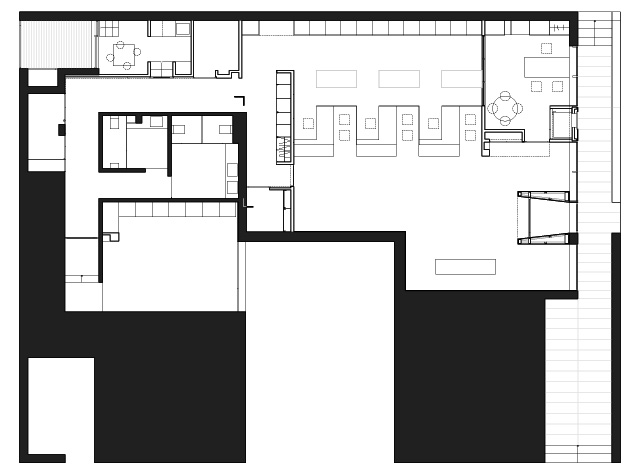