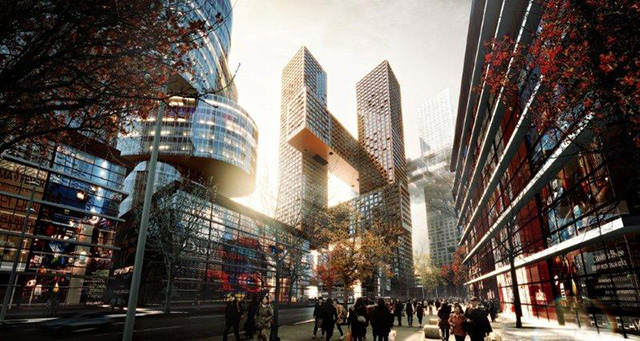 BIG’s residential towers in the Yongsan International Business District revitalize the Han riverfront into a new commercial and residential center for the citizens of Seoul. Situated at the south-east edge of the Yongsan master plan designed by Studio Libeskind for the Korean development group Dreamhub, BIG’s Cross # Towers will contribute to the developing skyline of Seoul and become a recognizable marker of the new cultural and commercial centre of the city. BIG was selected to submit a design proposal for Yongsan International Business District among 19 international offices, including SOM, Dominique Perrault, REX and MVRDV. 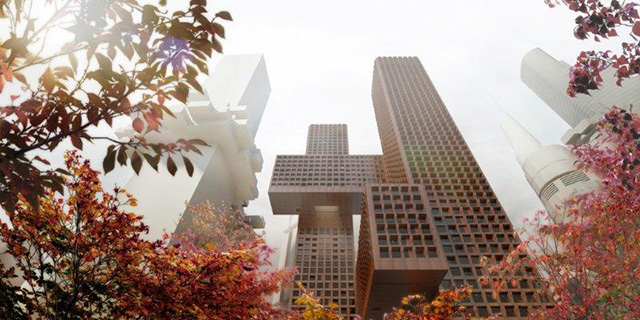 The 21 000 m2 site is positioned next to the existing urban fabric in the future development zones of the Yongsan master plan. BIG’s design includes two elegant towers with a height of 214 and 204m. To meet the height requirements of the site, the exceeding building mass is transformed into an upper and lower horizontal bar, which bridge the two towers at 140m and 70 m height. The two towers are additionally connected through the arrival bar at the ground level – and a courtyard below ground. 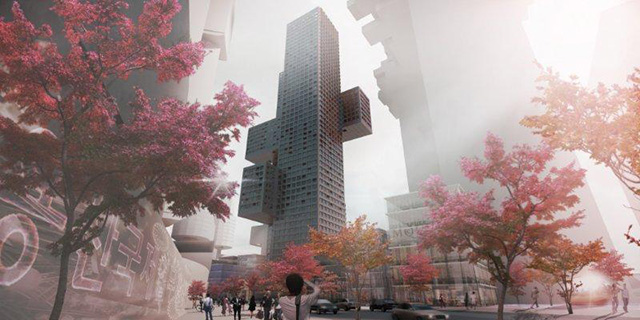 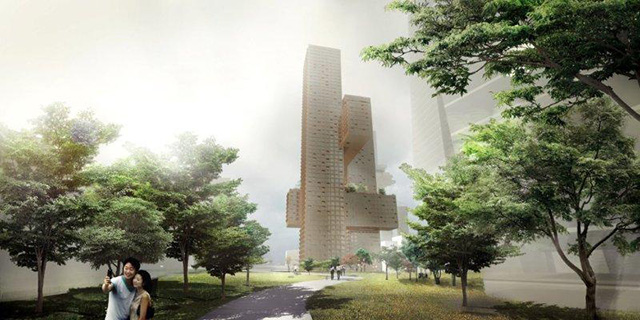 ‘The Cross # Towers constitute a three-dimensional urban community of interlocking horizontal and vertical towers. Three public bridges connect two slender towers at different levels – underground, at the street and in the sky. Catering to the demands and desires of different residents, age groups and cultures the bridges are landscaped and equipped for a variety of activities traditionally restricted to the ground. The resultant volume forms a distinct figure on the new skyline of Seoul – a “#” that serves as a gateway to the new Yongsan Business District signalling a radical departure from the crude repetition of disconnected towers towards a new urban community that populates the three-dimensional space of the city.’ 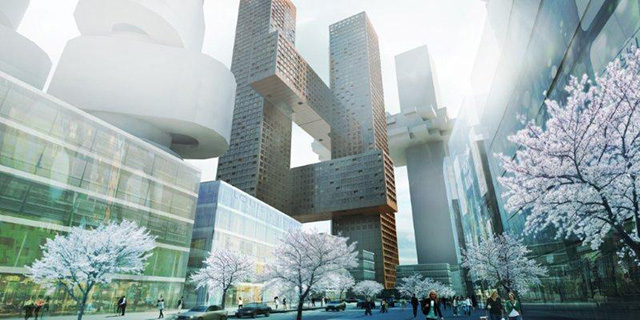 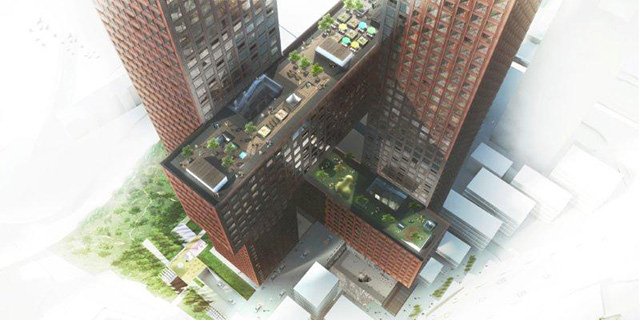 Both the upper and lower bridge introduce rooftop sky gardens accessible to residents, allowing for outdoor activities, while a courtyard at the heart of the development is an integral part of the overall architectural design. Dramatic views towards the neighbouring towers and visual connections across the courtyard from the retail zone create an exciting space for the residents and visitors. The outdoor landscape is envisioned to draw from the charm of traditional courtyards combined with the modernity of the project. Pedestrians at the arrival deck which connects the towers at ground level can enjoy impressive views to the bridges above and to the submerged courtyard below. 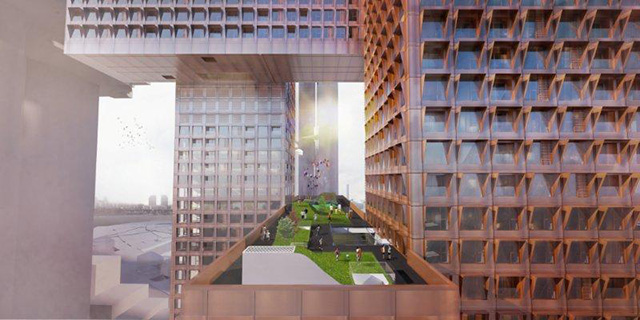 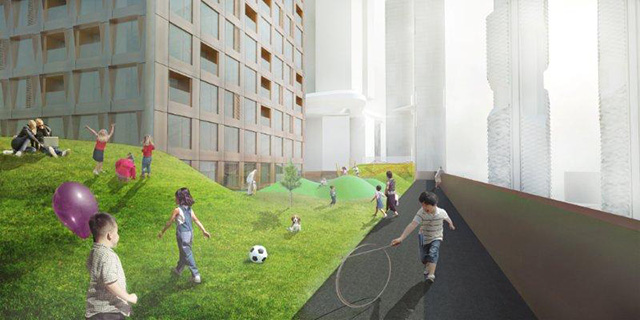 The development will offer over 600 high-end residences and amenities, including a library, gallery space and a kindergarten. BIG’s design ensures that the tower apartments have optimal conditions towards sun and views. The bar units are given value through their spectacular views and direct access to the roofscapes, activating the outdoor realm. The exterior facades are developed to correspond to the different orientations and solar conditions, creating a diverse fa?ade which varies from the viewer’s vantage point and the position of the sun. 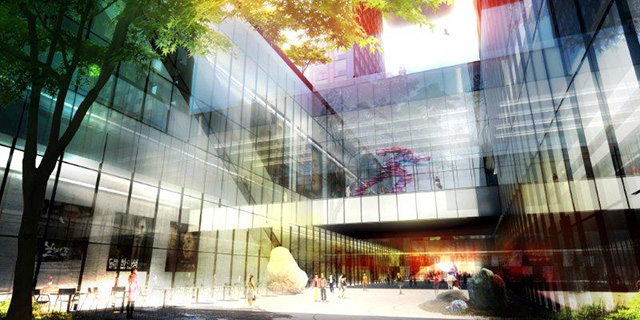 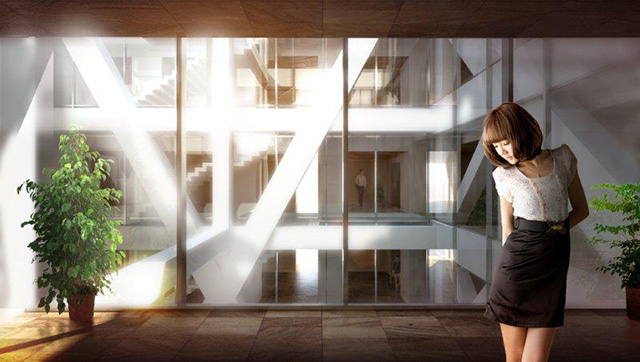 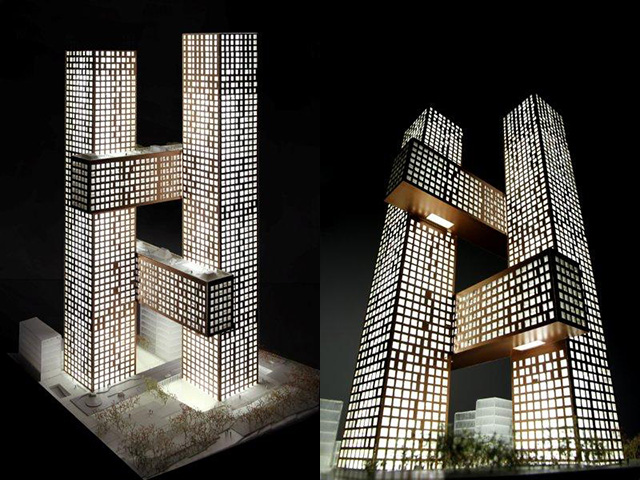 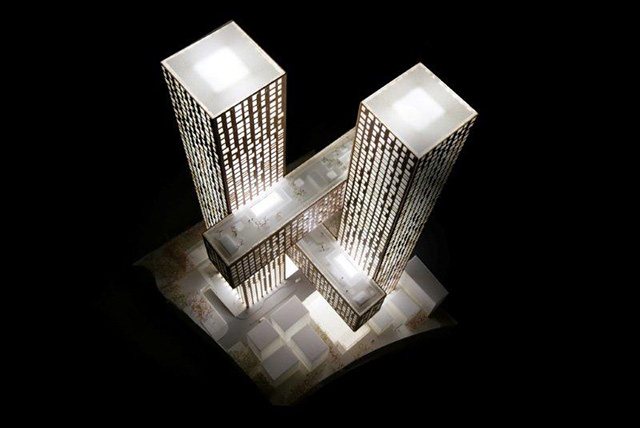 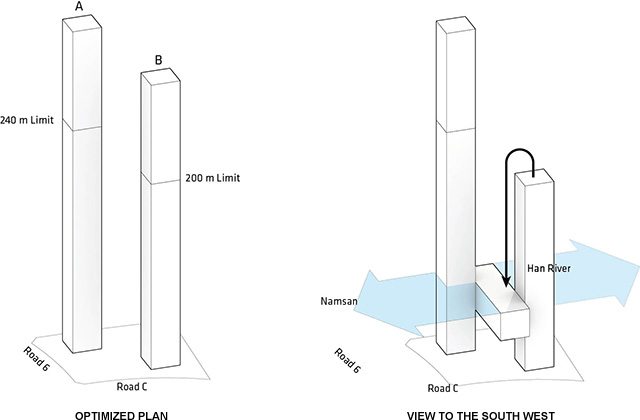 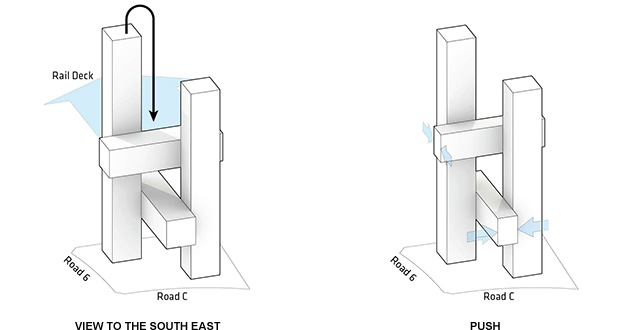 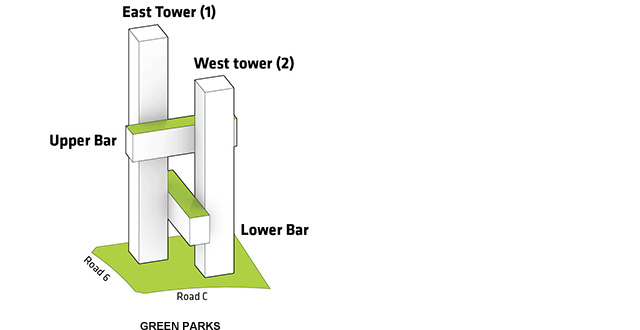