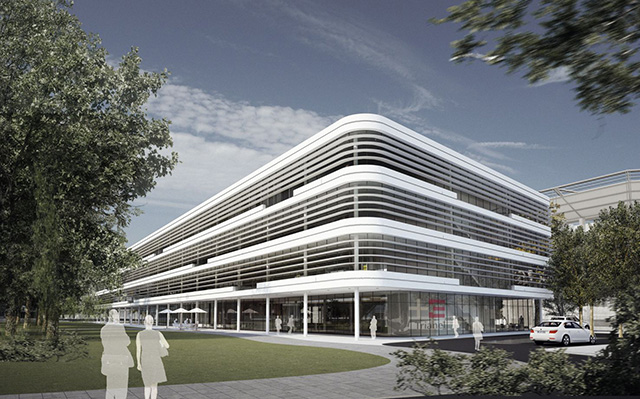 First prize in Aachen: the jury of the competition for the Corporate Center of the Trianel municipal utilities network has selected the submission by architects von Gerkan, Marg and Partners (gmp) as the winning entry. The new building is located along a major road next to the Tivoli stadium. From 2013 on it is to be built in two phases, the first of which comprises 9,600 square meters of gross floor area and will accommodate 400 members of staff. In the second, optional phase the building can be extended by 4,800 square meters to accommodate a further 200 employees. The building’s sustainability concept merits a silver DGNB certificate. The gmp design team includes a DGNB-accredited auditor, who advises on the applicable criteria. 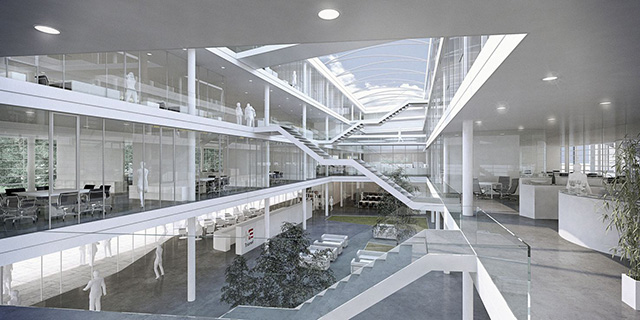 From an urban design point of view, the four-storey building with its tranquil trapeze-shaped structure acts as a counterpoise to the dominating stadium and the varied architectural styles of the neighbourhood. The generously glazed facades open up views into the park to the south of the building. The white horizontal solar screening slats made of aluminium profiles create a calm overall appearance, which has a harmonizing effect on the surroundings. 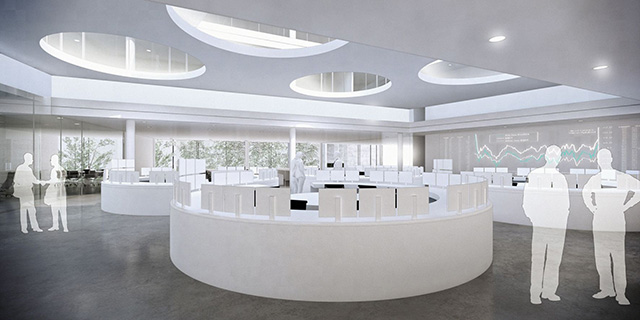 The design idea for its new main building mirrors the network structure of the company itself. While the ground floor with its caf?s, an auditorium, a library etc. contains mainly public functions, the storeys above house flexibly divisible office areas. These are grouped around a central atrium which allows views across several levels – and even into other offices through the glazed walls. This creates not only a visual, but also a practical connection between employees, as several staircases and bridges ensure that the links between departments are short. Communication and recreation areas as well as think tanks, conference areas and kitchenettes, are distributed throughout the building and support communication both on a formal and informal level. The core of the building is formed by the 800 square meter large trading floor for power and gas trading on the first floor. 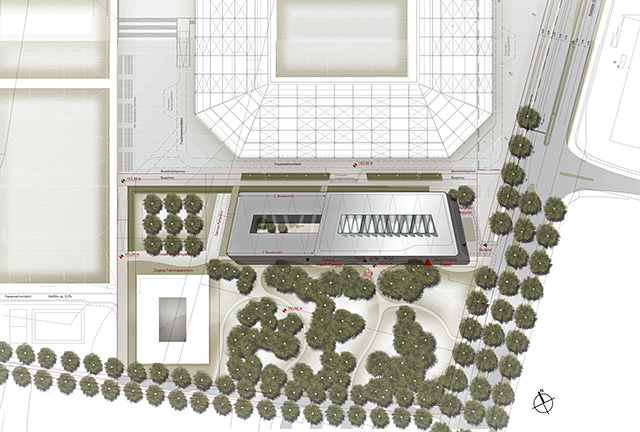