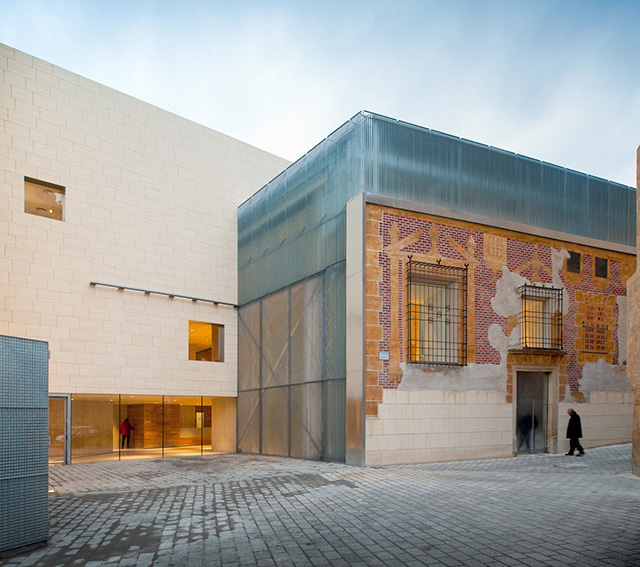 The Easter Sculpture Museum project was the result of an ideas competition organized by the Hell?n Municipality. The rules of the competition considered refurbishment of the old Casa del Conde house and construction an extension on the plot area which had been earlier occupied by some small service buildings of the house.

EXIT ARCHITECTS’ winning proposal included completely refurbished Casa del Conde as a part of the museum. The architects strove to give it a main role, incorporating the former backyard fa?ade as the background for the new main exhibition space. The inner court of the house played also a significant role as an exhibition area, establishing a relation between the old and the new parts. The upper levels hosted an administration area and a library. 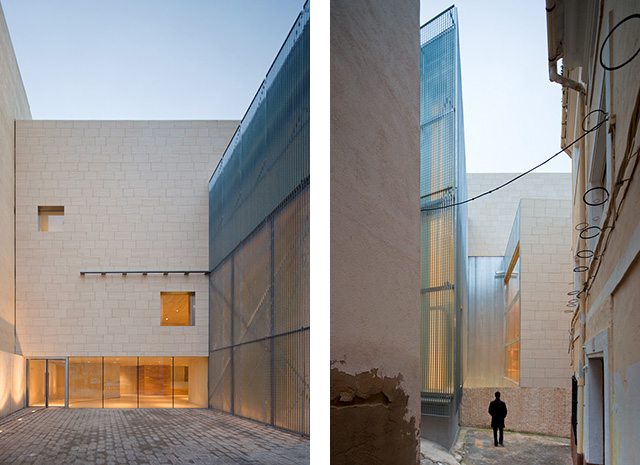 Nevertheless, while the architects were developing the project, a rigorous inspection of the Casa del Conde building showed that it was not possible to refurbish the whole house at a reasonable cost, so they decided to concentrate all the efforts on preserving and restoring the painted fa?ade and those valuable elements (stone columns, ironworks etc.) they could recover for the museum.

After the major part of the Casa del Conde building disappeared, the old fa?ade ceased to be a construction element and turned into a canvas, a decorated surface that was integrated in the museum volume as a kind of exhibited object. At the same time, it plays an important role in establishing a relation between the new museum building and its surroundings. 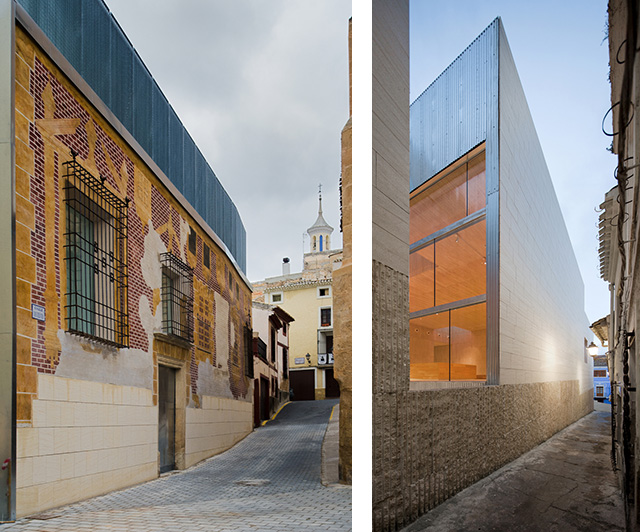 The authors pay special attention to make the Easter Sculpture Museum fit the surroundings. Replaced Casa del Conde with the new building, the architects at the same time reproduced the volume of the old house to correspond to the scale of the surrounding buildings. The new museum steps backwards, creating a small square in front of the main visitors’ access. Besides the building adapts to the steep slope of the plot, decreasing its height in the longitudinal section, it always keeps the urban scale of the surrounding houses.

Another way to integrate the new museum into surroundings is to use the same local stone for the fa?ades as the one of the nearby church, keeping the museum into the chromatic spectrum of the historic centre. 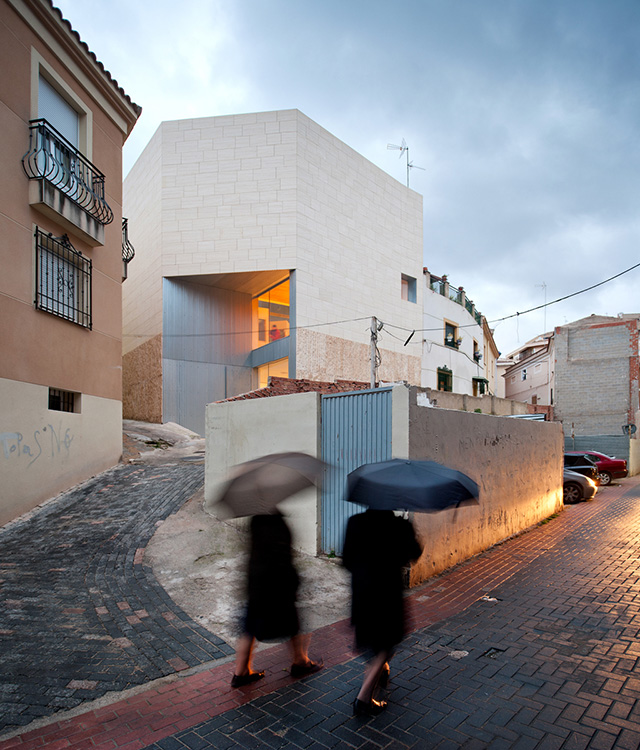 Inside the museum, the main impression is formed by vast concrete space that surrounds a sinuous way among the sculptures, which stand on several large wooden bases. The great scale of the main exhibition space, complicated use of natural and artificial light and durable materials make the interior very appropriate for exposing the important collection of religious sculptures. 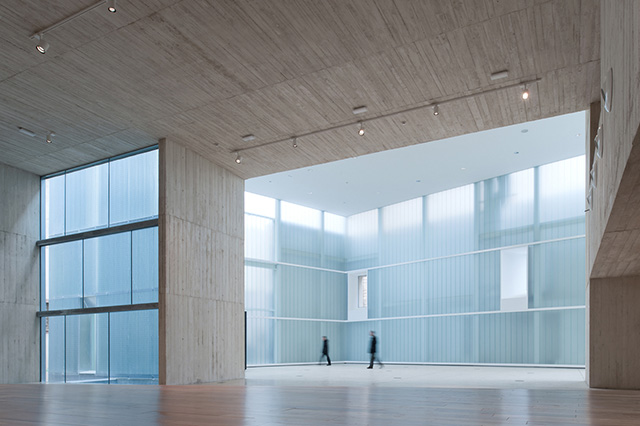 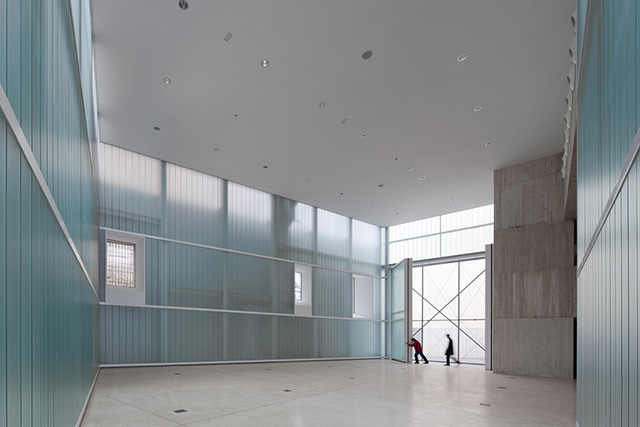 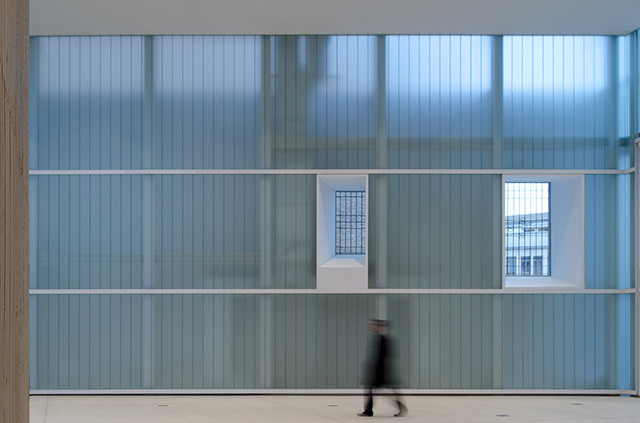 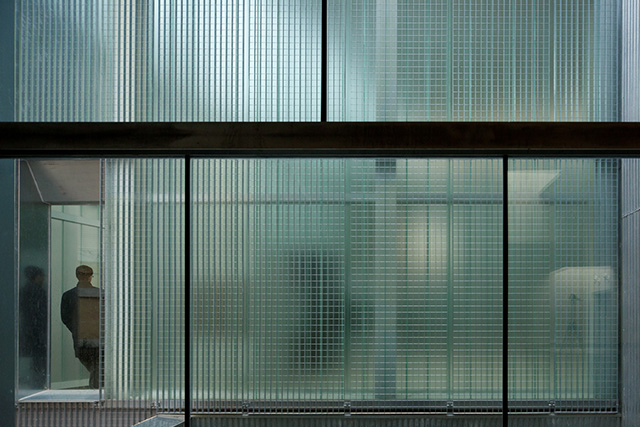 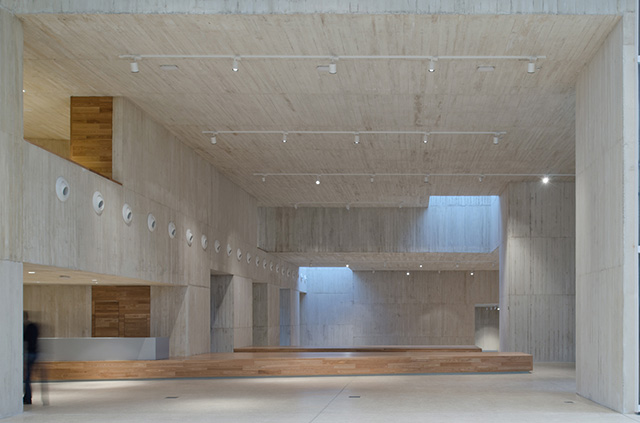 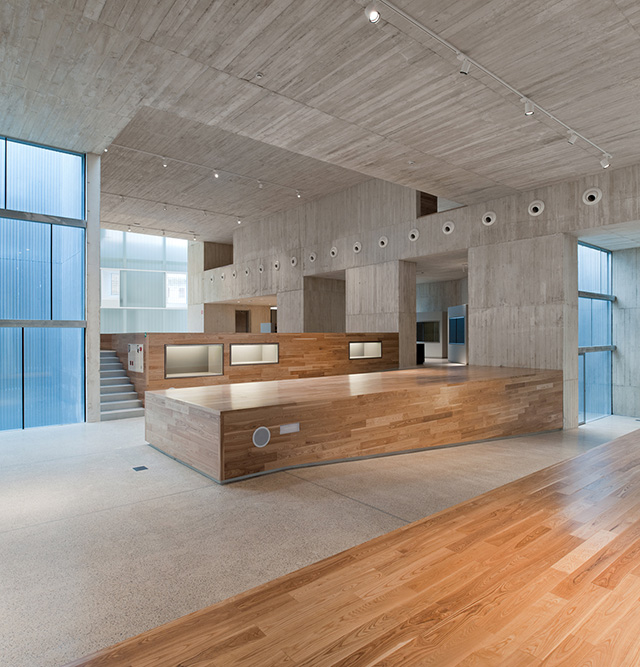 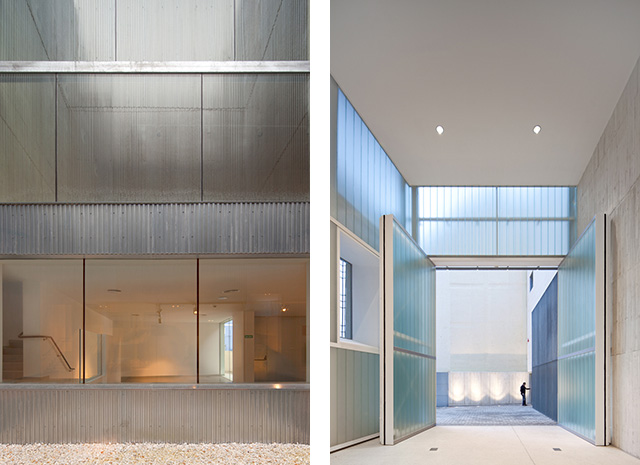 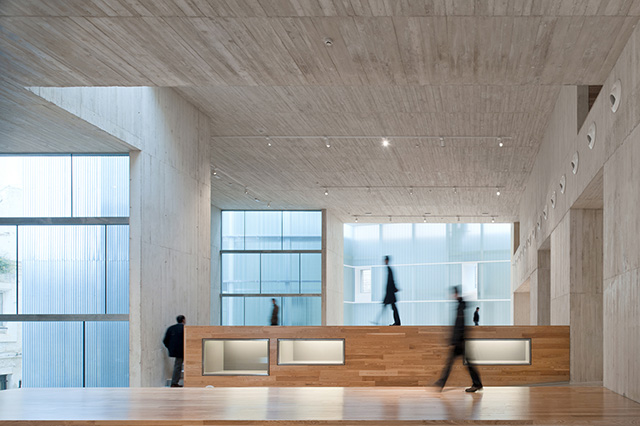 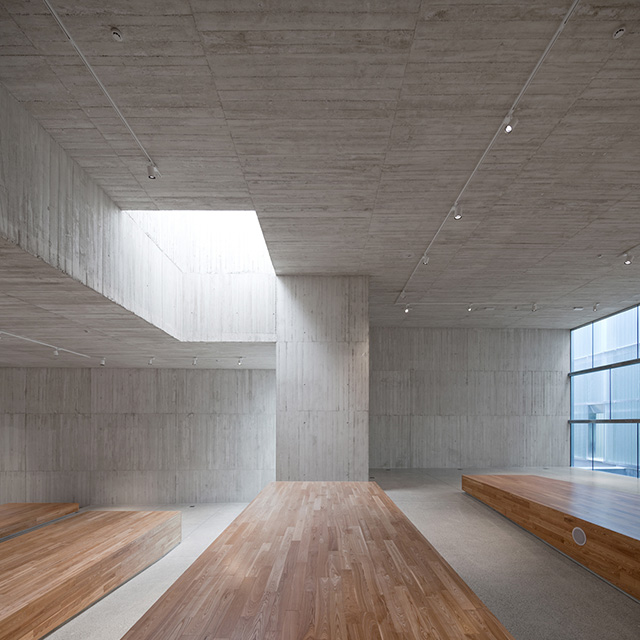 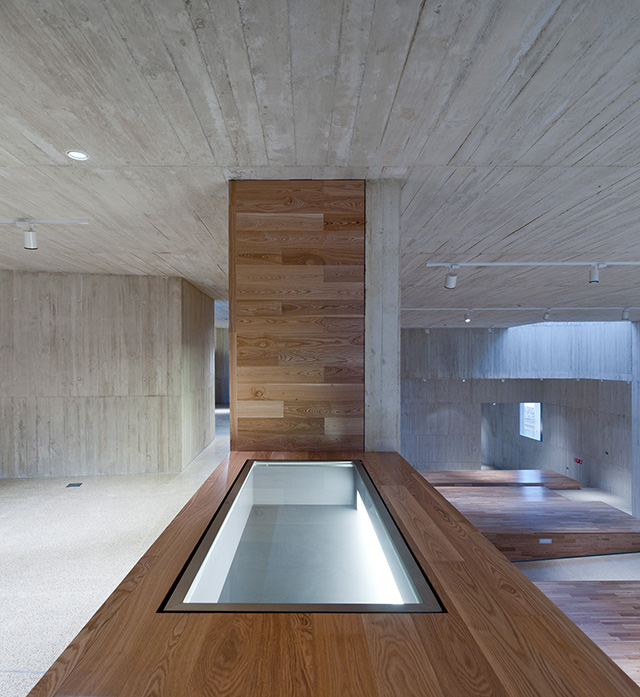 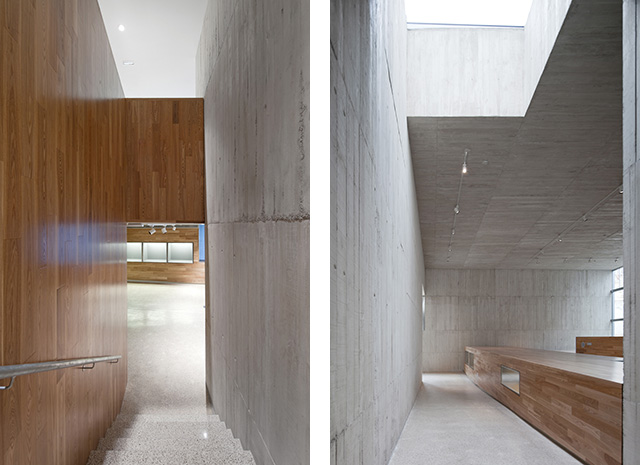 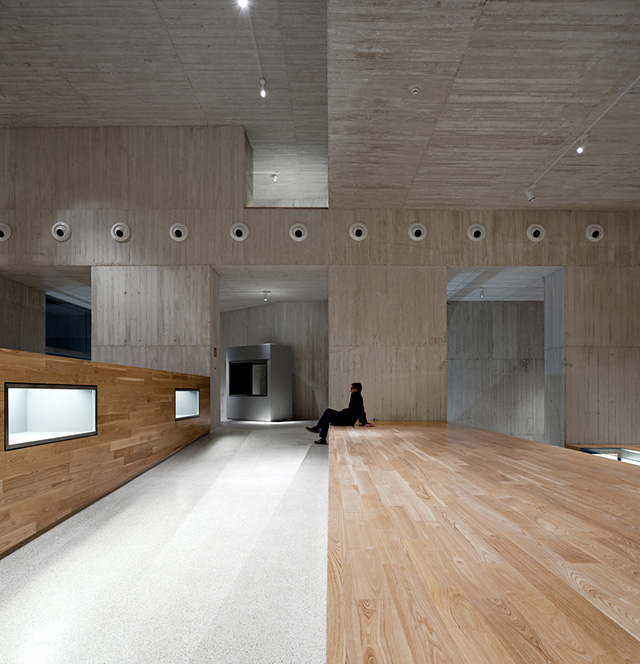 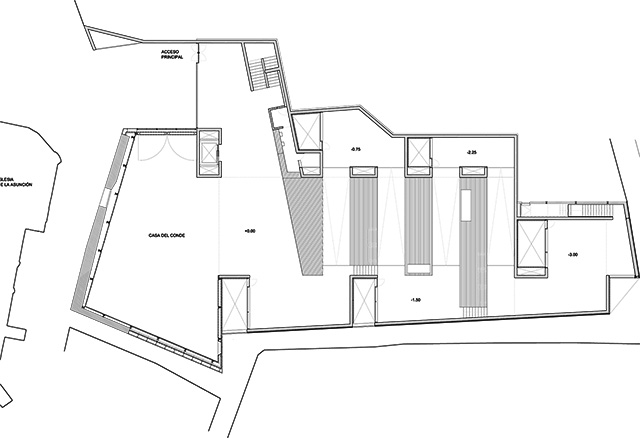 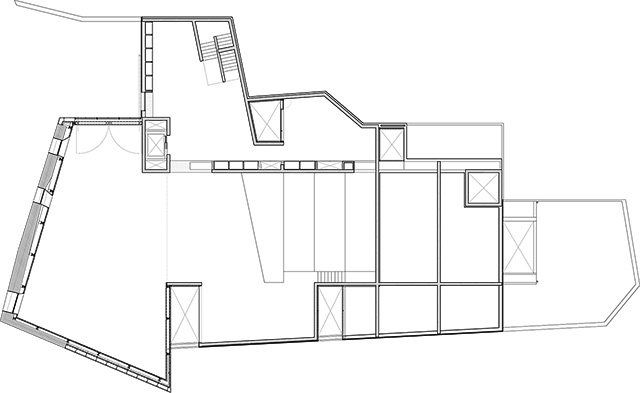 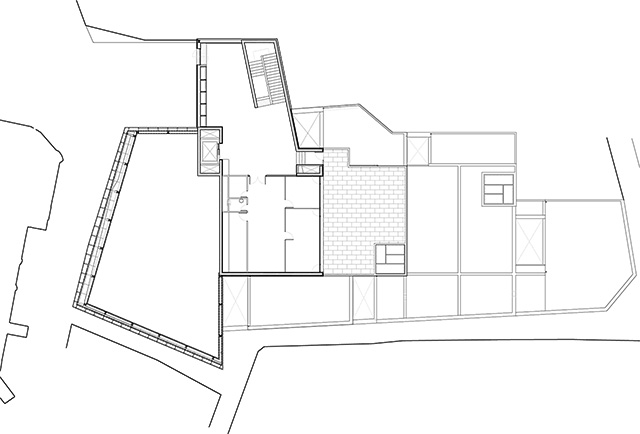