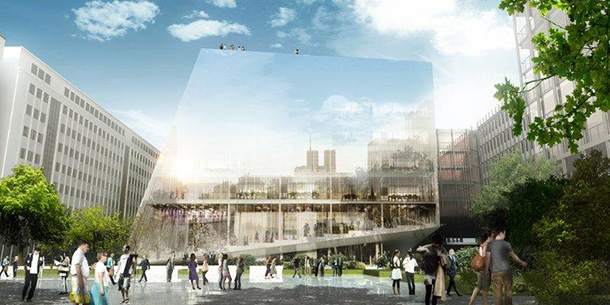 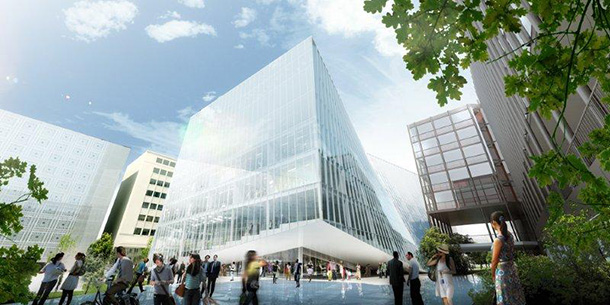 The new multidisciplinary research centre, Paris PARC, located between Jean Nouvel’s Institut du Monde Arabe and the open green park of the Jussieu Campus will become a significant addition to the campus, strengthening the international appeal and openness of the leading French University for Science and Medicine. The facility will bring together academic scholars and the busi­ness community, while re-connecting the university physically and visually with the city of Paris. The winning team was honored as the best design among proposals from MVRDV, Lipsky Rollet, Mario Cucinella and Peripherique. 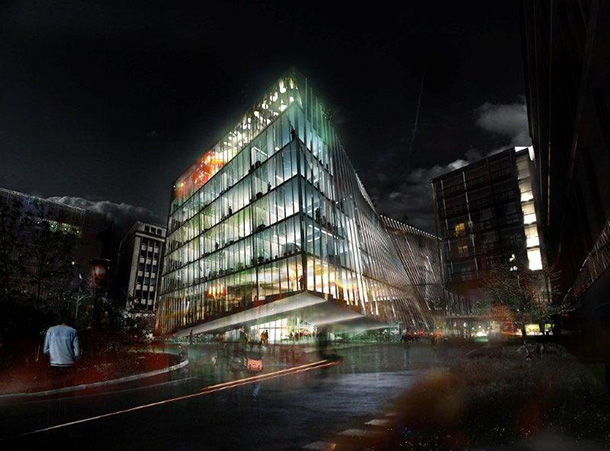 Paris PARC is located in the visual axis of the Notre Dame Cathedral in a dense context of university buildings from different historical periods. BIG proposes a building geometry that adapts to the specific conditions of all adjoining sides, optimized for daylight, views and accessibility. The three-dimensional envelope retracts from the neighboring facades, opens up towards the square of Institut du Monde Arabe and the park, and folds into a publicly accessible rooftop landscape, resulting in an adapted sculptural building volume situated between the emblematic architectural monuments of the university. 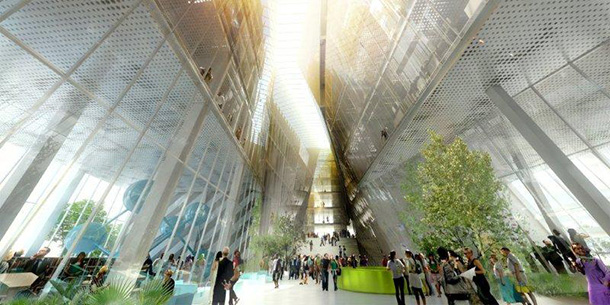 ‘As a form of urban experiment the Paris PARC is the imprint of the pressures of its urban context. Wedged into a super dense context – in terms of space, public flows and architectural history – the PARC is conceived as a chain of reactions to the various external and internal forces acting upon it. Inflated to allow daylight and air to enter into the heart of the facility, compressed to ensure daylight and views for the neighboring classrooms and dormitories, lifted and decompressed to allow the public to enter from both plaza and park and finally tilted to reflect the spectacular view of the Paris skyline and the Notre Dame to the Parisians.’

A central canyon provides daylight and a visual connection between laboratories and offices. In the atrium a cascade of informal meeting spaces lead to the public rooftop terrace and faculty club. A public stair to the rooftop offers glimpses into the activities of the laboratories which are divided by transparent walls throughout the building to ensure visual connections between the working spaces. The upper levels have panoramic views towards the Notre Dame and the skyline of Paris. 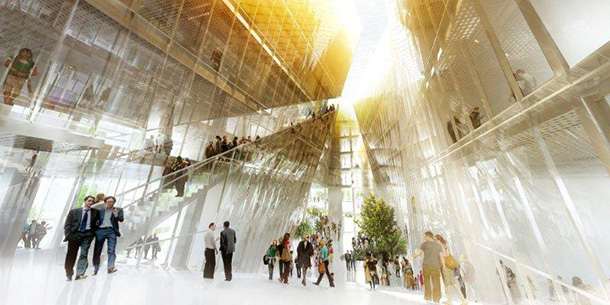 ‘We propose a building that creates the optimum conditions for encounters and exchange among the academics and visitors of Paris PARC. Like a scientific incubator the new building will provide the physical environment for nurturing growth of cultures and sharing of ideas – through the internal mix of laboratories, research facilities and informal meeting spaces, and through a reunification with the public life of the city.’

The Paris PARC becomes the interface between campus life and city life by reuniting the Jussieu Campus with the city of Paris. The iconic view of the Notre Dame Cathedral is brought into the daily life of the building through the large panoramic windows while the fa?ade towards the entrance square is slightly tilted, hence, a mirrored image of the Cathedral becomes visible at eyelevel on the square, connecting the building to its iconic location. 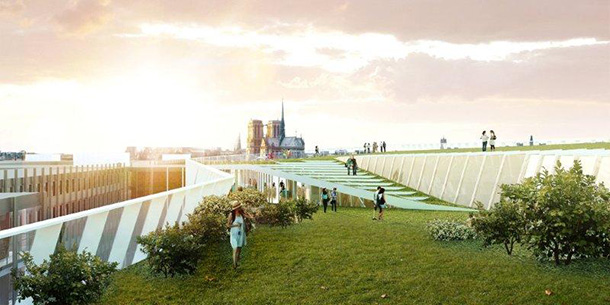 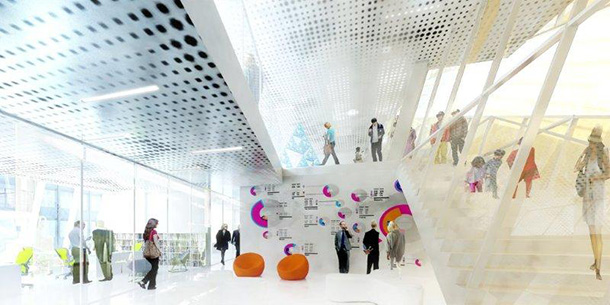 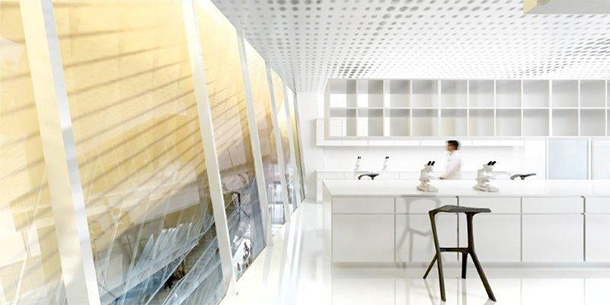 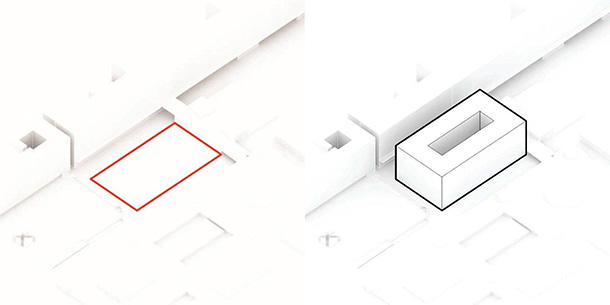 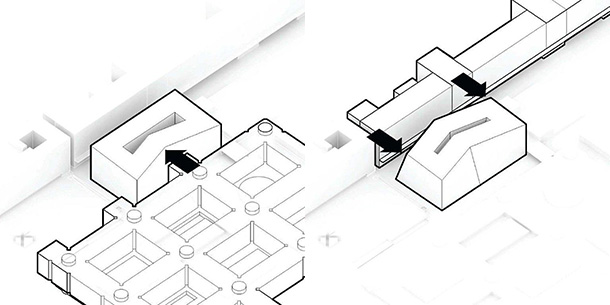 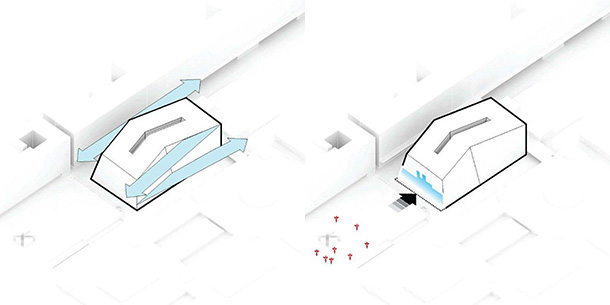 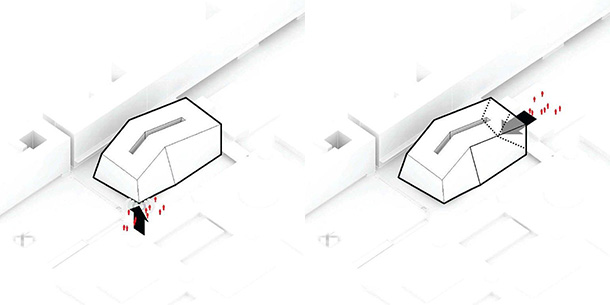 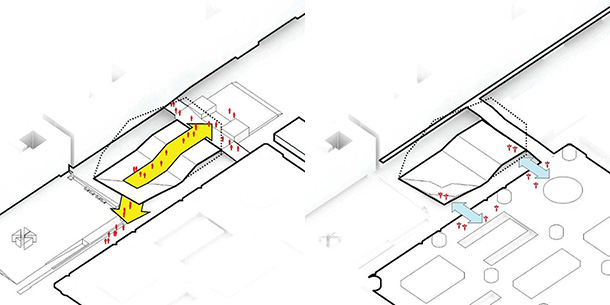 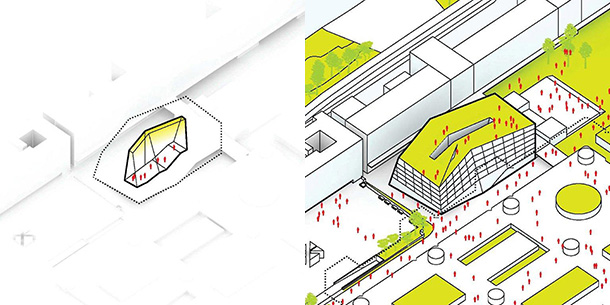