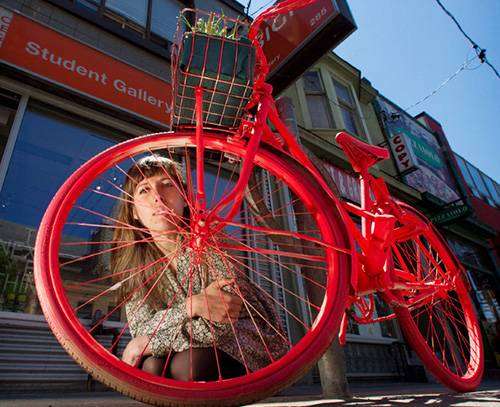 Wandering along the streets of Toronto, you can see lots of abandoned bicycles which stay and rust for years being locked up to bike posts until they are taken away to dumps. These bikes didn’t brighten up the city until the young artists Caroline Macfarlane and Vanessa Nicholas turned them into pieces of art. 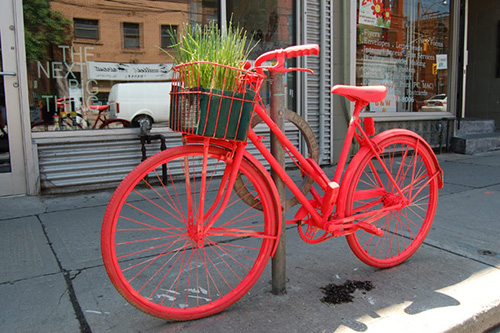 ‘The idea for The Good Bike Project came to me as I was cleaning the windows of the OCAD U Student Gallery on Dundas Street West,’ Caroline Macfarlane says, ‘I was lost in thought, staring at this old rusted Raleigh bicycle, which is locked up to the bike post outside the gallery. It occurred to me that I’d never seen that Raleigh moved from that spot. It is a permanent fixture on the street, a gorgeous skeleton of an antique bicycle long forgotten. While I continued to clean the windows, I thought about the bike and generated questions in my mind: Why had someone left such a beautiful bike behind? Who was its owner?  How long had it been there? I began to feel sorry for it, and decided that Vanessa and I should reclaim it. The Student Gallery is on a grey, dismal strip of Dundas overwhelmed by cement and void of an greenery. Vanessa and I agreed to plant some flowers in bike’s basket. Soon the ideas escalated and we were on our way to buy several cans of neon spray paint.’ 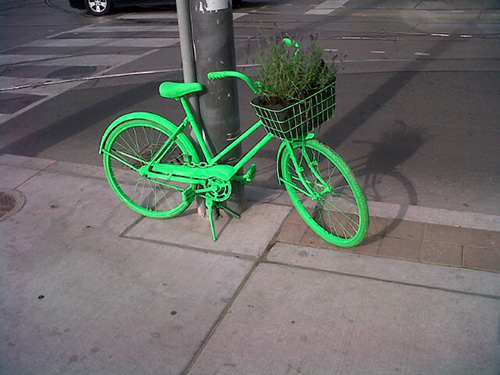 This bike near the OCAD U Student Gallery was the first bike that was transformed to ‘good’. It swiftly became an unofficial city landmark which people took photos with. By this time, there are tens of ‘good’ bikes in Toronto. 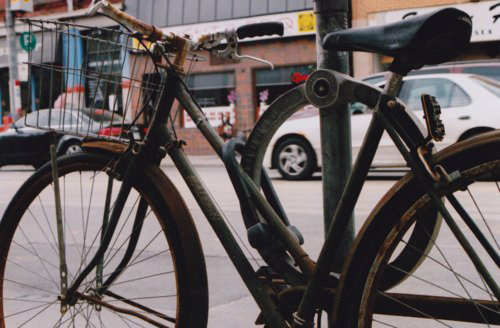 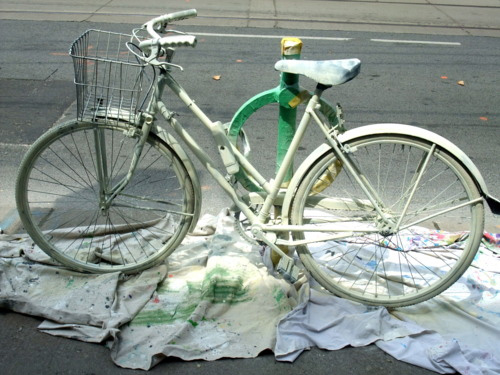 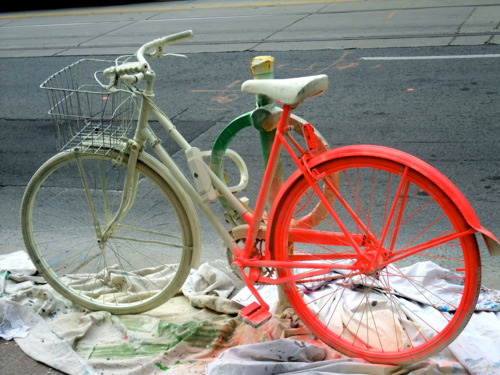 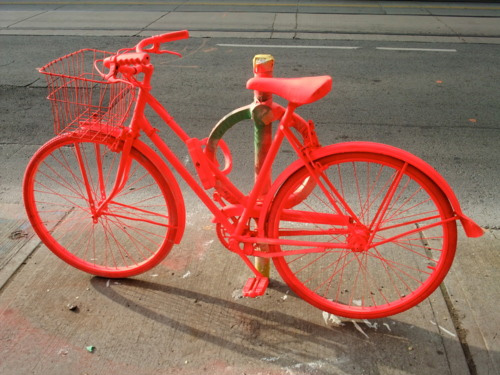 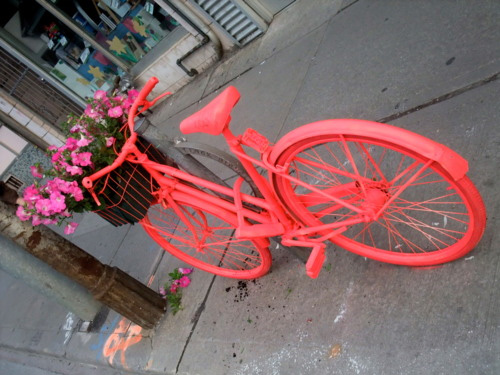 At some time the city authorities have considered such art inappropriate and written out a notice. The paper was stapled to the bike’s orange frame and ran that the bike should be removed within seven days because it is illegal to store bicycles on public property. However, the young team asked the public for support. With the help of hundreds of letters and thousands of messages on the Internet they managed to overcome the bureaucratic barriers and the project became valid. As a result, the city authorities changed their minds. Passing a special law which allowed considering an abandoned for a long time bicycle a city property, they suggested using them to brighten up the city. 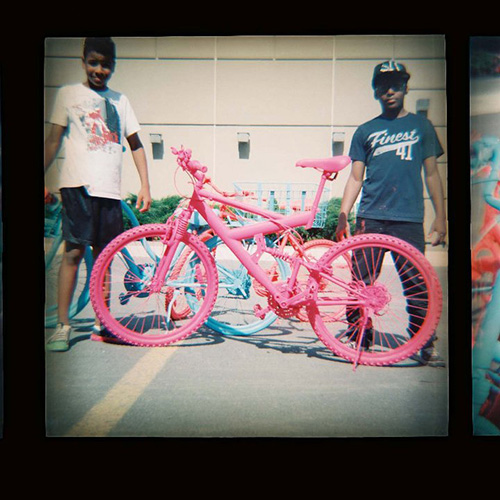 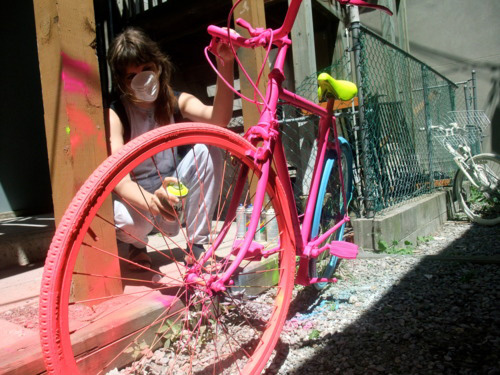 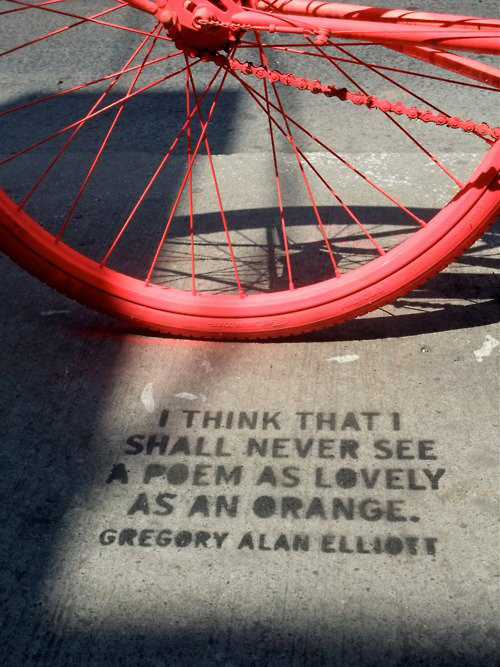 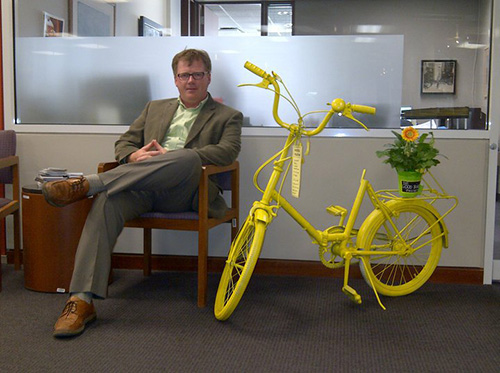 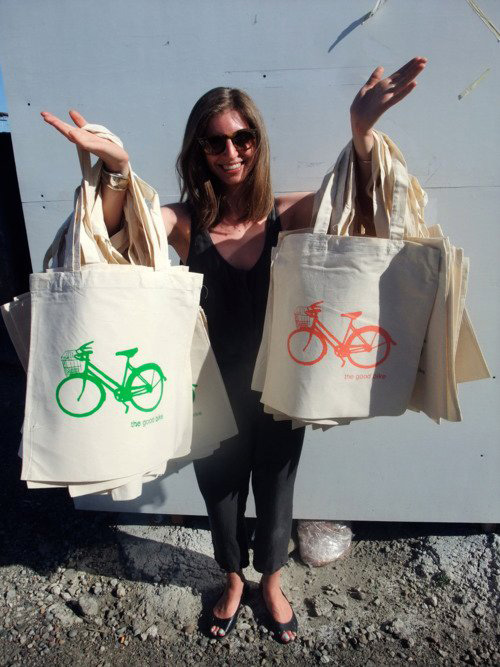