To make more efficient use of the existing space, the designs of small homes often feature areas or furniture with multiple functions. We have written, for example, about a tiny apartment in Melbourne where a TV zone could easily be transformed into a home office. This time, we would like to feature a small apartment in the center of Paris, in which a sleeping area also acts as a stage for performances. You might say this is a redundant option and a waste of square meters, but please don’t jump to conclusions. The owner of the apartment is a couple of Greek actors, and it was important for them to have an area in their new home where they could perform.

The couple had already been living in this residential building for years when they bought an apartment two floors above. It was 11 meters long and had only one window. To redesign the apartment, the owners commissioned the Paris-based studio ABACO. In addition to the stage, the couple asked for optimal natural lighting and blue color, which would remind them of Greek villages and the Aegean sea. 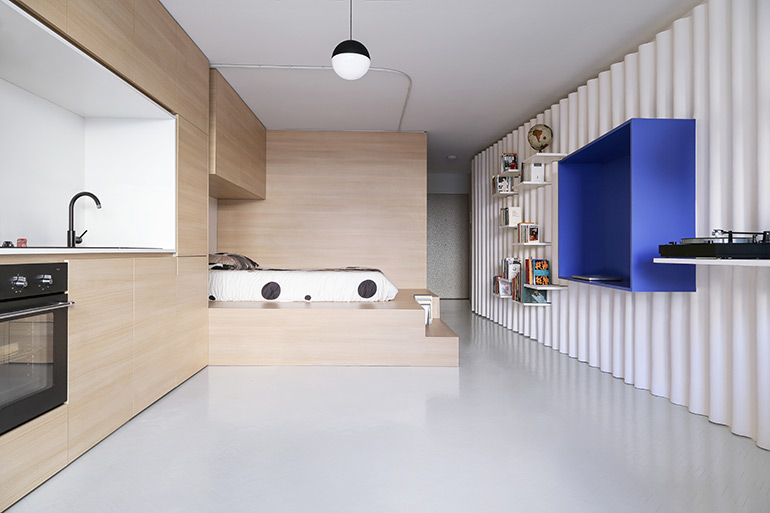 “To translate these needs into meaningful concepts,” say the designers, ”it has been necessary to imagine different ways of living and working in the domestic space.” The apartment is an open space to be experienced intensely all day long, in motion, and at 360 degrees. For that specific need for both freedom and motion, the design focuses primarily on the void. All the functions were pushed and built into the boundary walls to provide free space in the center. 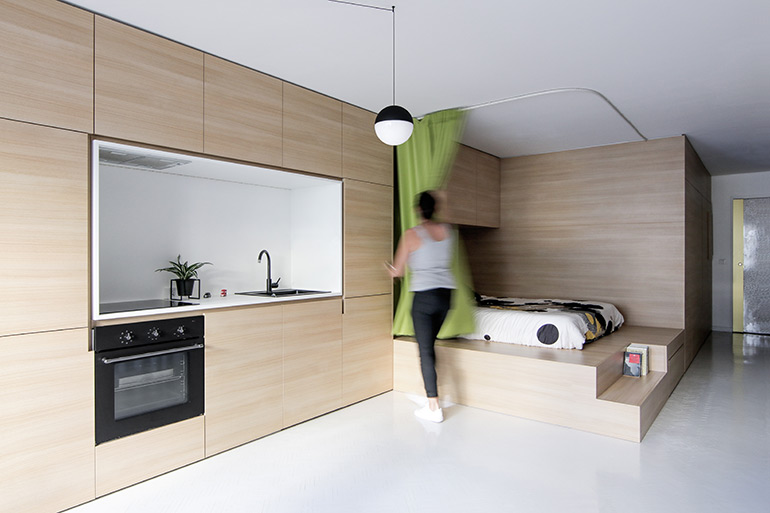 You can find two curtains here: a proper curtain made of fabric and a symbolic one made of plastic. Both have an important role in the script. They make flexibility happen in the same way as they set the stage for their occupants. 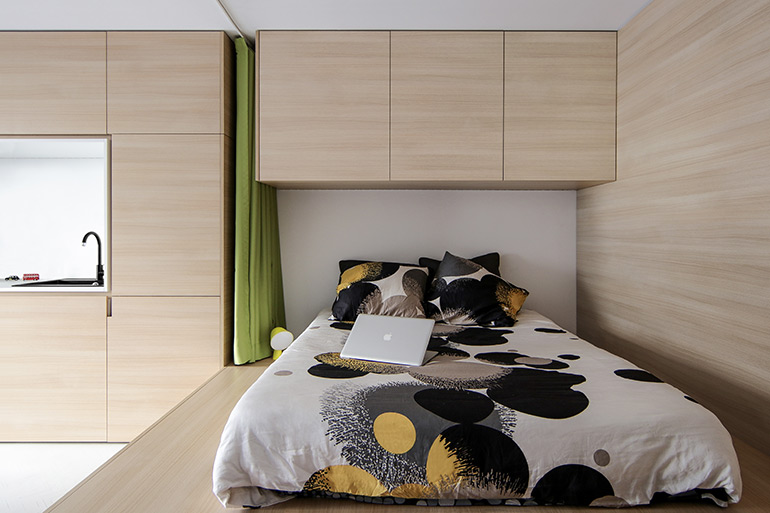 ABACO: “The relationship with Greece and the sea has been a constant in the narrative construction of the project and its identity. Metaphorically speaking, the whiteness of the Greek villages winds through as a curtain stage to light up the space, as well as the blue of the Aegean sea creates punctual micro-universes.” 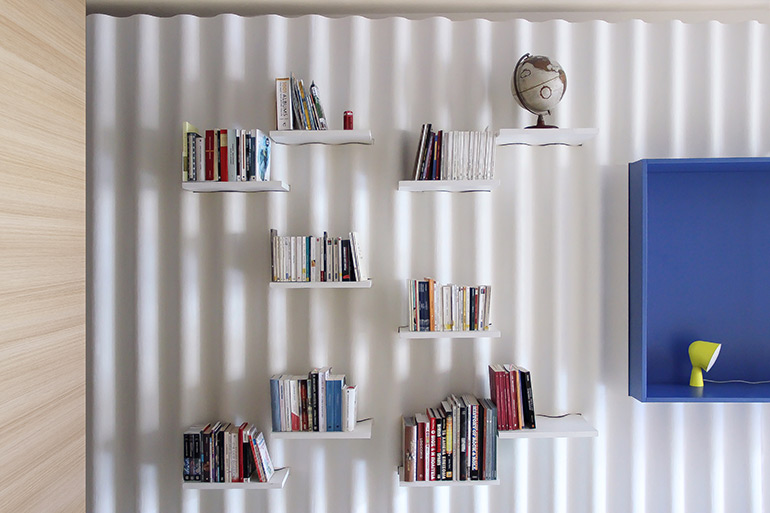 From the photos, you can see that the whole space is divided into two completely different parts arranged along the opposite walls. The first part is a long and unique piece of wood furniture comprising a bathroom, a kitchen, a small alcove for reading, and the sleeping area that we mentioned at the beginning of the article. Enclosed by a yellow-lime curtain, this area features the platform that supports the bed and serves at the same time as a home stage. 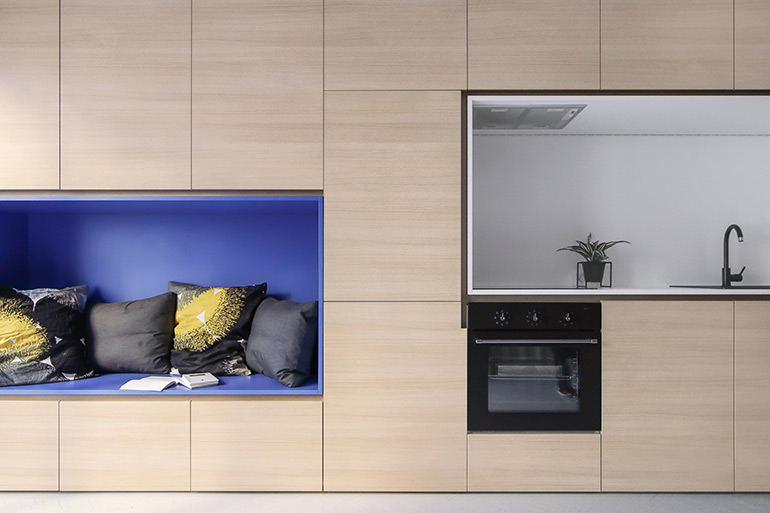 The second part is a dynamic plastic wall leading from the entrance to the living room. Such a non-linear wall conceals wardrobes behind the scene. All along its surface, different signs and objects are showcased to identify and to detect different situations: coat racks, books, lamps, stickers, etc. In this sense, the plastic wall is conceived as an abstract supporting object, the identity of which can easily be reshaped. 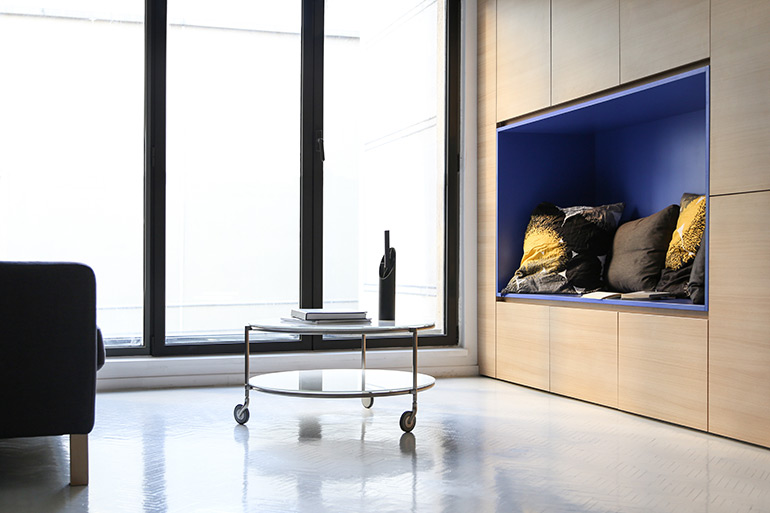 But the main purpose of the undulated white wall is to diffuse the light coming through the single window. The designers optimized the inclination of the profiles according to the direction of sun rays, and this solution allowed providing the maximum natural illumination during the day. The floor was also painted in a light grey color to make the apartment brighter. 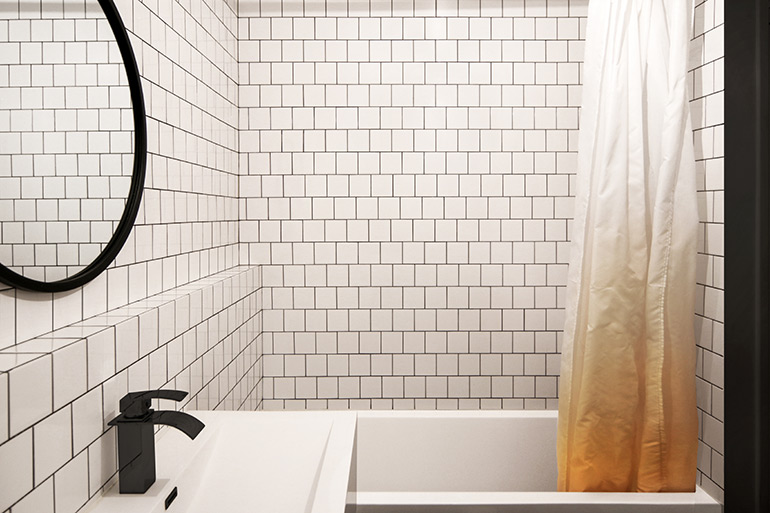 ABACO: “The existing wood floor covering has been renovated and tinted in a white-grey polished finishing to, once more, help light to come in. And even more importantly, to highlight the two faces of the Greek apartment: such a space compressed between the two worlds is an empty field of suspension for constantly moving bodies and objects.” 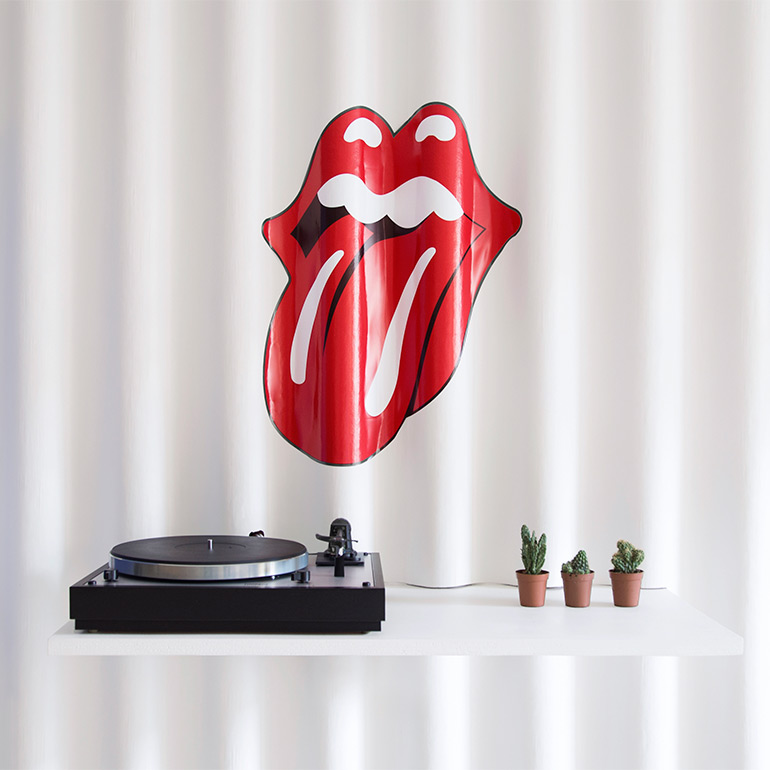 This article is a part of the ‘Compact Living’ series. You can read about other designs of compact houses and apartments on this page. 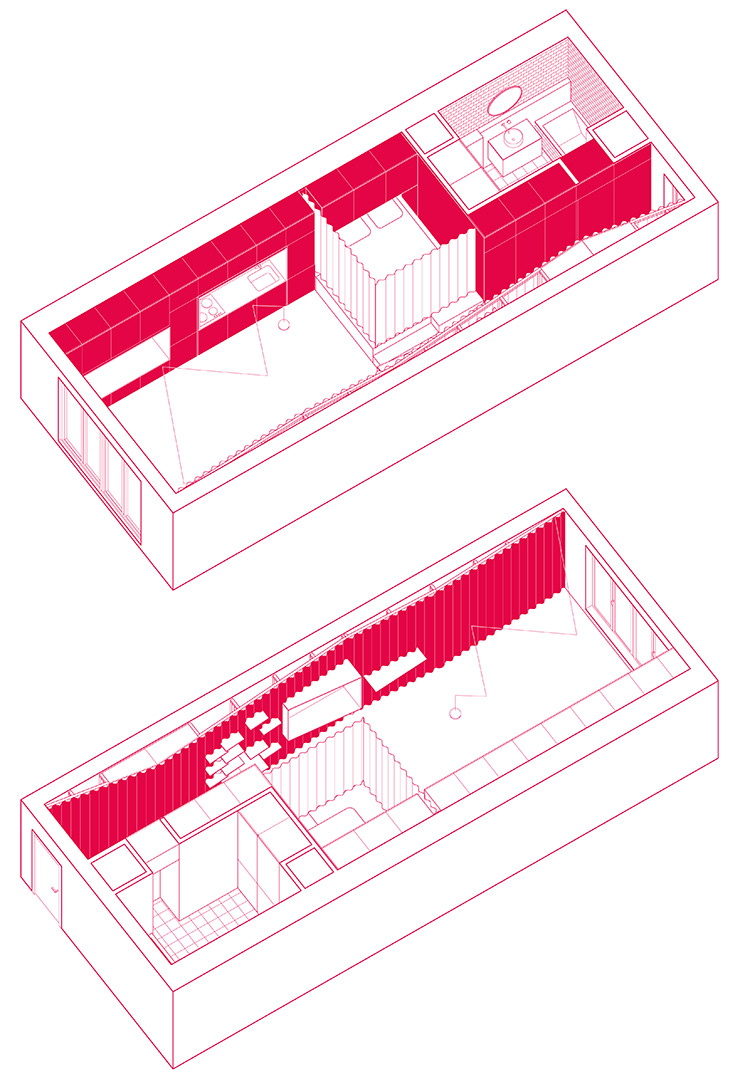