Inspired by the design of the legendary Krylon spray paint can and graffiti culture, Studio Malka Architecture has designed a new 100 sqm (1,076 sqft) store on Les Champs-Elysées for the Paris-based menswear brand HOMECORE, the first streetwear brand in France founded 25 years ago.

The external facade of the HOMECORE store is defined by seven arches, some of which contain several statements, such as Love, Peace, Unity, and Having Fun. These statements were chosen by the architects as fundamental for the graffiti culture. Each opening projects a vivid colorful arch on the store’s surfaces, which crosses interior space like a color shadow.

Studio Malka Architecture: “These openings are the Newton’s prism that disperses white light into the spectrum colors. The shop turns into a chromatic space, a physical representation of the chromatic circle where vivid tints intersect and add up on each crossing, creating alliances between the masses.”

The colored arches intersect with each other to create several additive colors. The whole project is a three-dimensional representation of the chromatic circle, and it gives tangible form to the immaterial space of the spectrum, where the color structures the space just as a material. The project also refers to the quote by Theo Van Doesburg, a Dutch artist best known as the founder and leader of the De Stijl movement: “The new architecture permits colour organically as a direct means of expressing its relationships within space and time.” 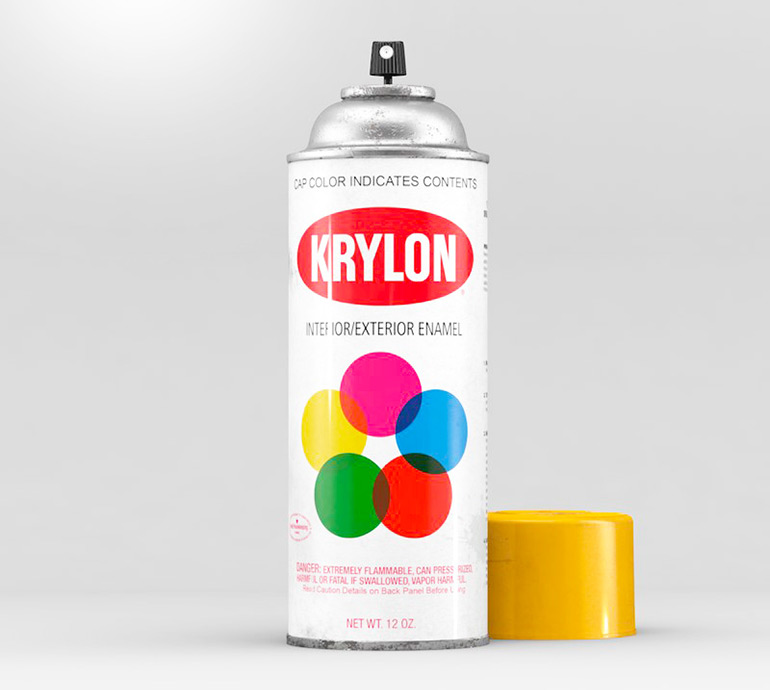