Foster + Partners New York’s design for a modular habitat on Mars has been shortlisted amongst 30 finalists for the 3D Printed Habitat Challenge organised by America Makes and NASA. The design outlines plans for a settlement on Mars constructed by an array of pre-programmed, semi-autonomous robots prior to the eventual arrival of the astronauts. The design of the habitat – carried out in collaboration with industrial and academic partners – envisions a robust 3D-printed dwelling for up to four astronauts constructed using regolith – the loose soil and rocks found on the surface of Mars. 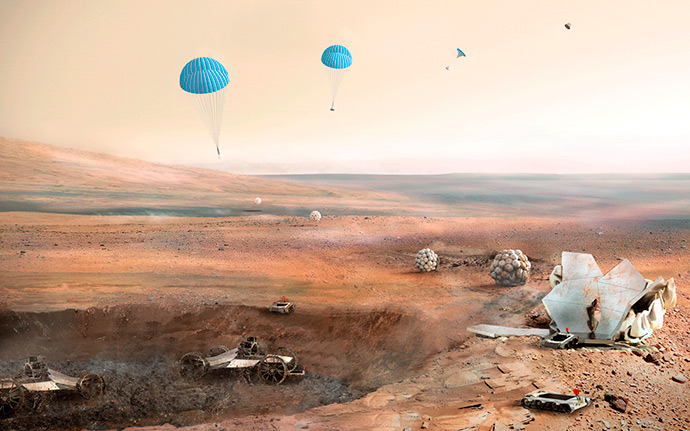 The proposal considers multiple aspects of the project from delivery and deployment to construction and operations. The habitat will be delivered in two stages prior to the arrival of the astronauts. First, the semi-autonomous robots select the site and dig a 1.5 metre deep crater, followed by a second delivery of the inflatable modules which sit within the crater to form the core of the settlement. Given the vast distance from the Earth and the ensuing communication delays, the deployment and construction is designed to take place with minimal human input, relying on rules and objectives rather than closely defined instructions. This makes the system more adaptive to change and unexpected challenges – a strong possibility for a mission of this scale. 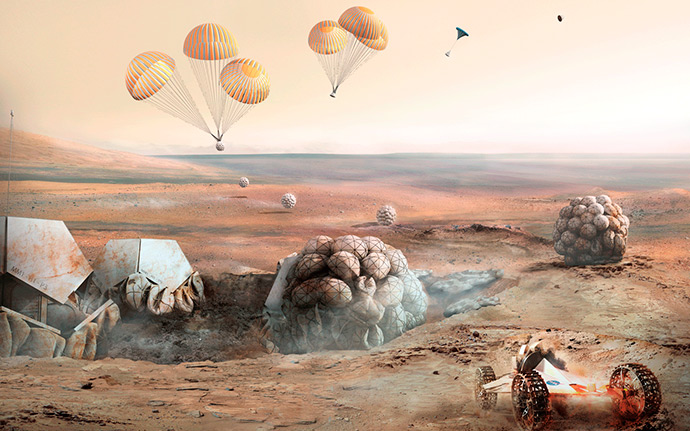 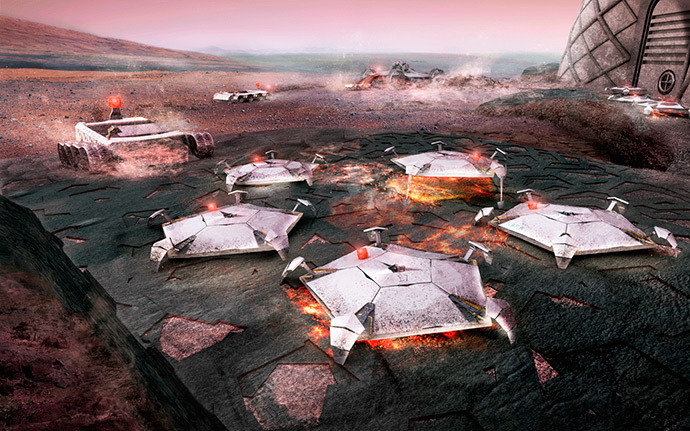 Three different kinds of robots are parachuted to the surface of Mars, each performing a specialised task within the large-scale Regolith Additive Construction (RAC) process. The larger ‘Diggers’ create the crater by excavating the regolith, which the medium-sized ‘Transporters’ then move into position over the inflatable habitat modules layer by layer. The loose Martian soil is then fused using microwaves around the modules using the same principles involved in 3D-printing by several small ‘Melters’. The fused regolith creates a permanent shield that protects the settlement from excessive radiation and extreme outside temperatures. The separation of tasks amongst the large number of robots, and the modularity of the habitat means a high level of redundancy is incorporated within the system – if one robot fails, or a single module is damaged, there are others that can fulfil its task, increasing the chances of a successful mission. 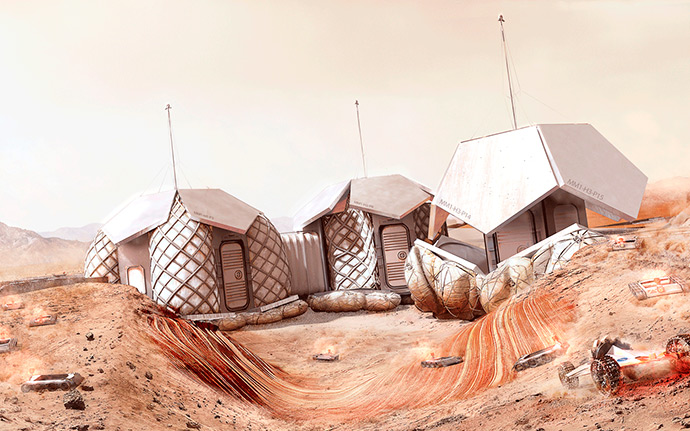 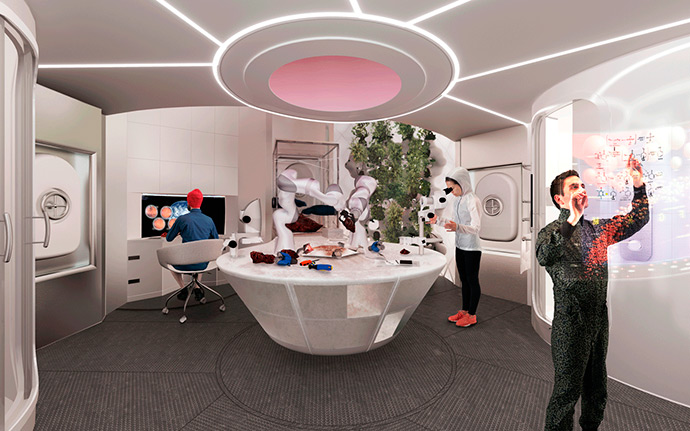 The design of the compact 93 sqm habitat modules combines spatial efficiency with human physiology and psychology, with overlapping private and communal spaces, finished with ‘soft’ materials and enhanced virtual environments, which help reduce the adverse effects of monotony, while creating positive living environment for the astronauts.

This continues the practice’s earlier design explorations for building in extreme environments and extra-terrestrial habitats such as the Lunar Habitation project in consortium with the European Space Agency. 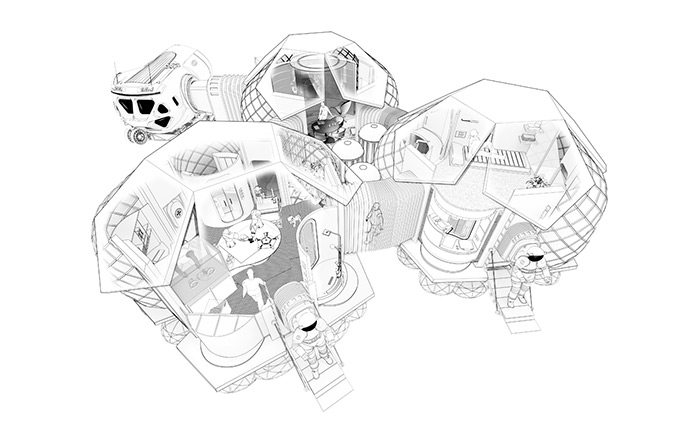 A Short History of the Iconic Nakagin Capsule Tower in Tokyo