Architects from a New-York based architectural practice Young & Ayata have revealed their vision on a new Bauhaus Museum that is planned to open for the Bauhaus centenary in 2019. The project, titled Vessel Collective, was chosen as one of two winning proposals in a recent competition (the second project was designed by a Barcelona-based team Gonzalez Hinz Zabala). 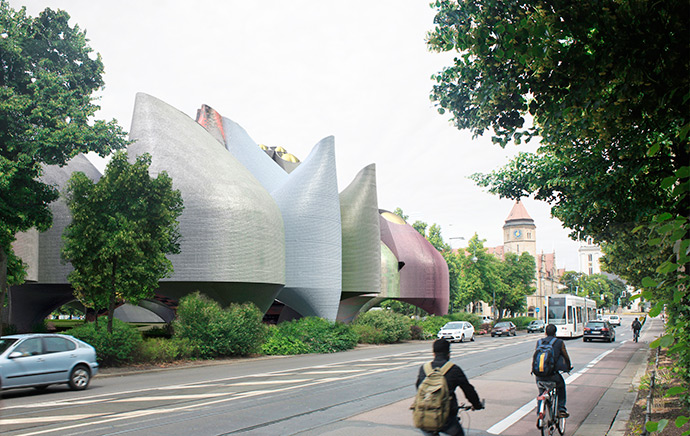 Following its name, the building looks like a collection of individual vessel-like shapes aggregated serially through a modular grid. These ‘vessels’ allude to the crafted object of a vase or volumetric container. Hovering above the site on trunk-like legs, they create a light touch in the park and allow passage underneath. The bellies of the vessels swell to touch each other along the gridded matrix, creating an open continuous floor plan that connects the entire museum with a single floor. 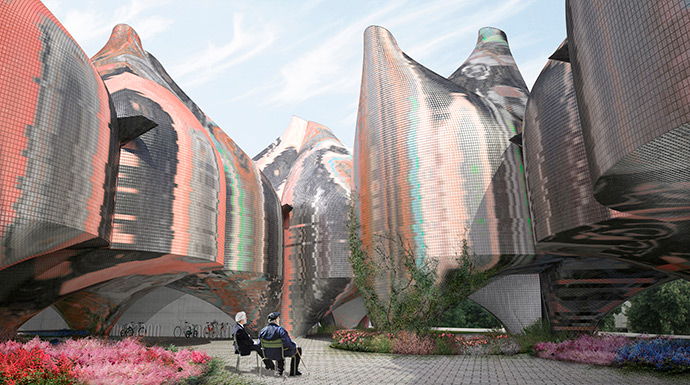 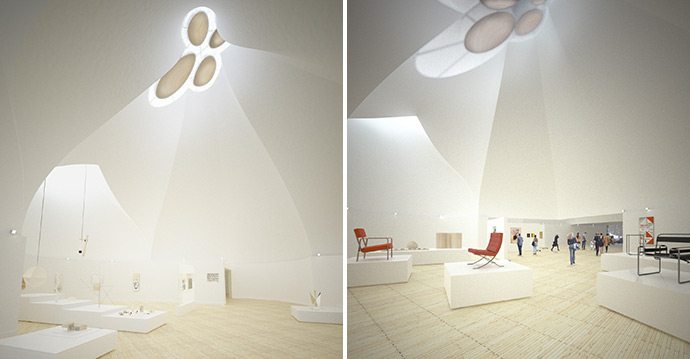 Describing the idea of the project, the architects explain: ‘It would be a reduction of the complexity of the Bauhaus to divide it cleanly into a technical side and an expressive side, yet technical and expressive factors were often in conflict and in conversation throughout its history. The tension between these two motivations – and specifically the shape that tension took at the Bauhaus – continues to influence art, architecture, and design today. Our design of a museum for the Bauhaus Dessau is strongly informed by such productive tension – in this case, the tension between a desire for a modular repeatable system of organization, provided by a grid, and the exploration of sensation found in color and material experimentation.’