BIG is chosen as the winner of 950-974 Market, a 446,000 sqf (ca. 42,000 sqm) mixed-use development including residences, retail, arts space and theaters in the heart of San Francisco’s Mid-Market neighborhood. The San Francisco-based real estate development company Group I is working closely with the City of San Francisco to establish a new Mid-Market Arts District and has selected BIG over international design firms OMA and Sn?hetta, among others. 950-974 Market is BIG’s first Bay Area project.

‘The selection of BIG, as our design partner, demonstrates the level of innovation and creativity we intend to bring to 950-974 Market in both its physical and conceptual forms,’ said Joy Ou, President of Group I. ‘Group I and its team are attempting to answer the question: How do you bridge the gap between real estate development, urban design, technology, arts and nonprofits, and community space in a dense and evolving urban environment? 950-974 Market won’t be the only answer, but it is at the heart of the physical and philosophical intersection of these interests and may be one response to this important question.’ 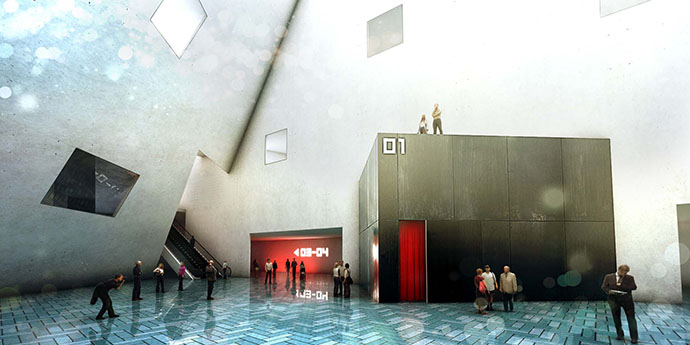 The site, which fronts both Market and Turk Streets, is an irregularly-shaped triangular piece of land which is currently home to vacant or underused buildings. The project is conceived as a synergy between the hotel, residential and cultural programs. The hotel and residences form two urban peaks interlocking at the ground to form a generous public space at their base – thereby maximizing sunlight in the space and creating a shared lobby which brings all of the site’s users together. Hollow at their core the two urban volumes overlap to create two indoor urban rooms – one for the theatres and one for the hotel guests. The building will have a strong fa?ade and street presence on both Market and Turk to allow multiple points of entry.

‘We were particularly impressed by BIG’s playful and innovative approach to the project site. They understand that we’re trying to create a building that’s functional and iconic yet unconventional and alive,’ said Ou.

Bjarke Ingels commented: ‘This is will be our first project on the West Coast and having traveled extensively to the Bay Area since moving to New York I am happy that we now get a chance to help develop such a significant site on Market Street. It is an unusual combination of a prime location with a landmark presence with a great potential for social and urban transformation.’ 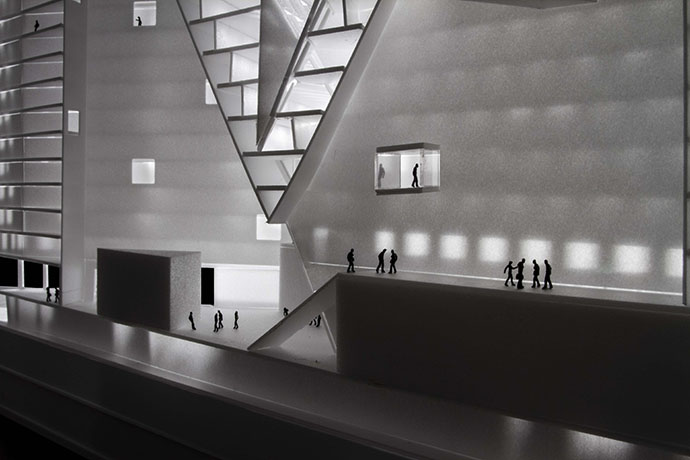 950-974 Market follows BIG’s extensive experience in playfully integrating public space with commercial programs to maximize the value of the land, economic and community benefits. After BIG opened an office in New York in 2010 Douglas Durst invited them to design the West 57th Residences. Like 950-974 Market, West 57th is a mixed-use project that is set to transform the neighborhood it is set within. Their second North American project is the Beach & Howe Tower in Vancouver for Westbank Development.

Ms. Ou further explained, ‘We believe that BIG’s energetic approach, exceptional design talent, and social consciousness will bring international attention to San Francisco’s emerging arts community and the rebirth of Market Street as not just the spine of the City, but its heart and mind, as well. We are eager to continue to refine the design and engage the community in the process.’ To that end, the project team will be starting the initial stages of public outreach and collaboration in the coming months. A project website is now live to offer neighbors and other stakeholders their first glimpse at the project’s philosophy and approach. 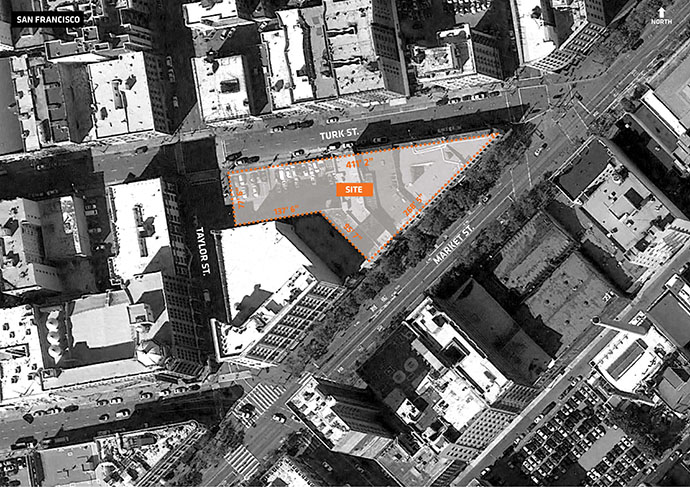