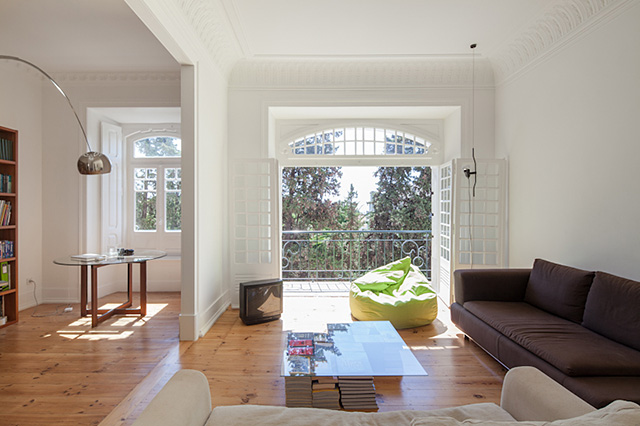 The intervention has as its object an apartment from the beginning of the twentieth century, of typology characteristic of yield buildings in Lisbon at this time, and kept to date in its original state. Oriented East / West, with great depth and enclosures arranged sequentially along a long corridor, most of these being illuminated from an interior courtyard.

The project has as a premise its adaption to the needs of modern life, such as the promotion of a different relationship between service spaces / living spaces.  Hence the enlargement of available area for spaces like kitchen for example, given its new status. Besides a practical answer to a contemporary housing program, it still requires maintenance, preservation and rehabilitation of the architectural elements that give it its own identity. 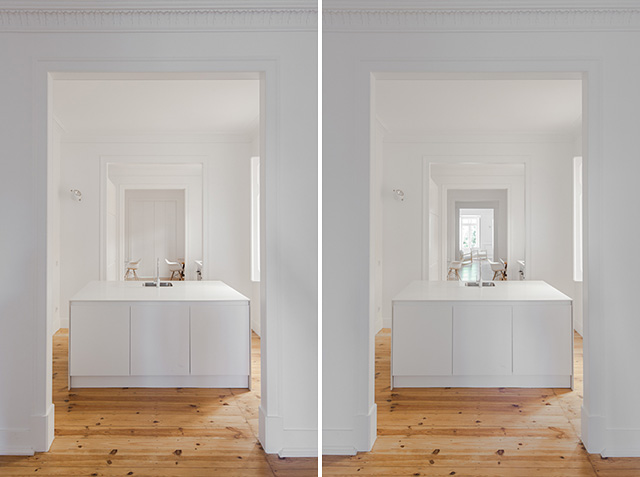 The original partitioning is rigorously maintained and each compartment regarded as autonomous space to inhabit, capable of receiving a new type of use. Therefore, with the freedom that the linear ordering and sequential compartments gives, a different  use of the spaces is proposed  and simultaneously, a new interaction between these, now directly connect to each other through the opening of consecutive spans. Pre-established spatial-hierarchical relations are altered allowing, visually, a longitudinal alignment that can go through the entire house. The light coming from two fronts, East and West, is transported to the innermost compartments were before there was an obvious light deficit.

Not only does the direct link between service and social spaces – sequence Living Room / Dining Room / Kitchen / Office (in this order) – but also the quality and perception of light along these, contribute to an effective response to the contemporary needs of living. On the other hand the flexibility of this solution will always permit the reinvention of the housing program, changing the proposed use for each compartment as well as the relations between these. 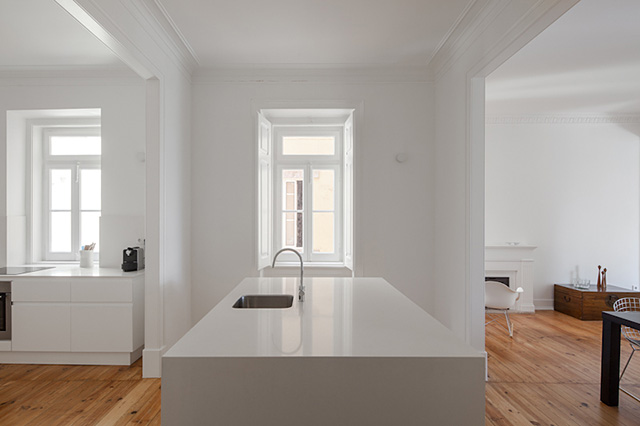 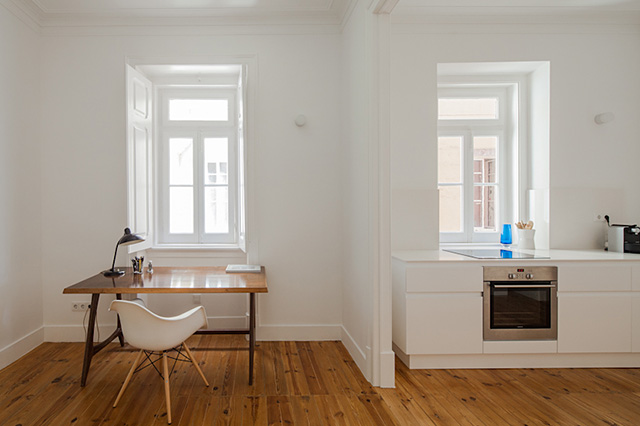 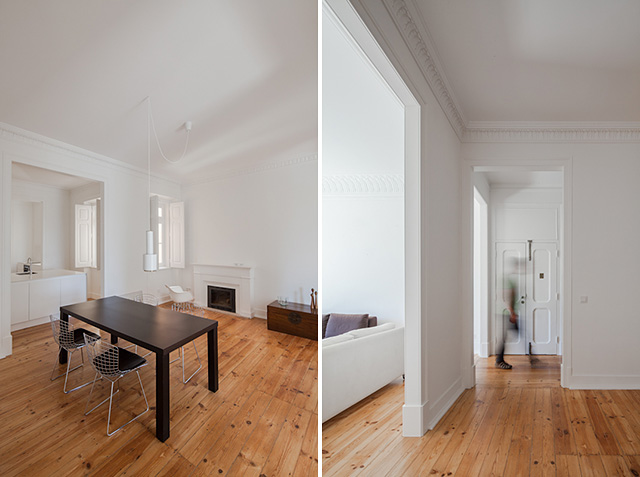 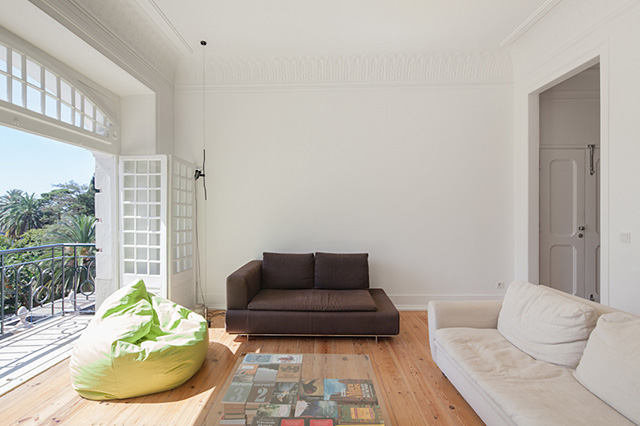 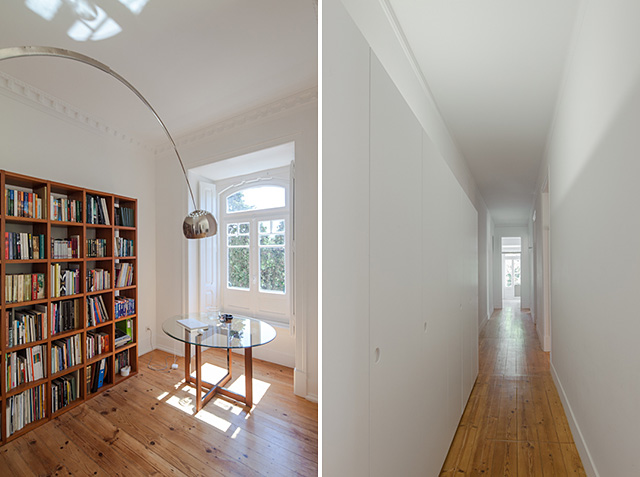 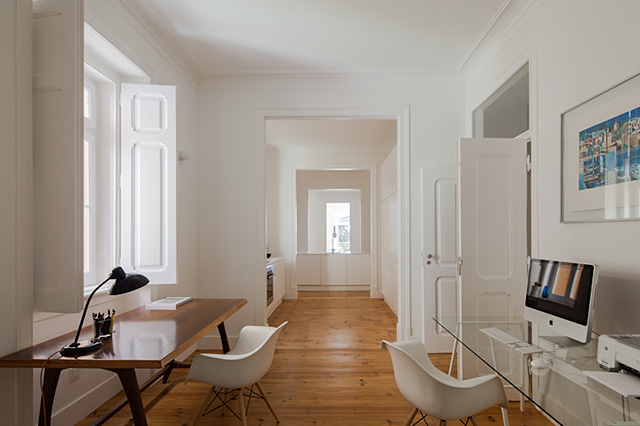 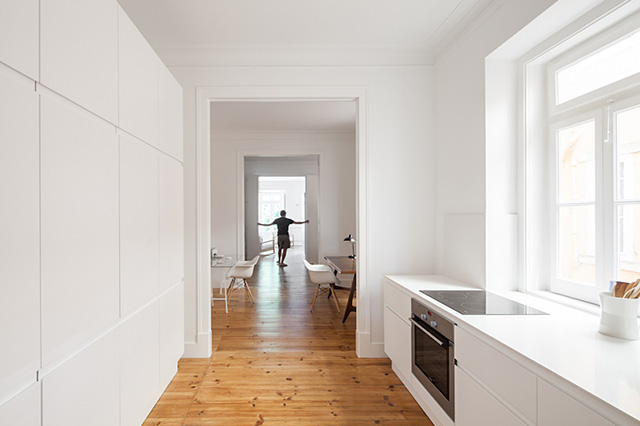 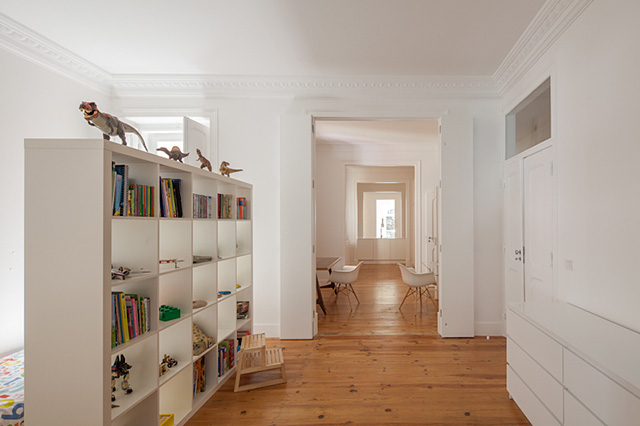 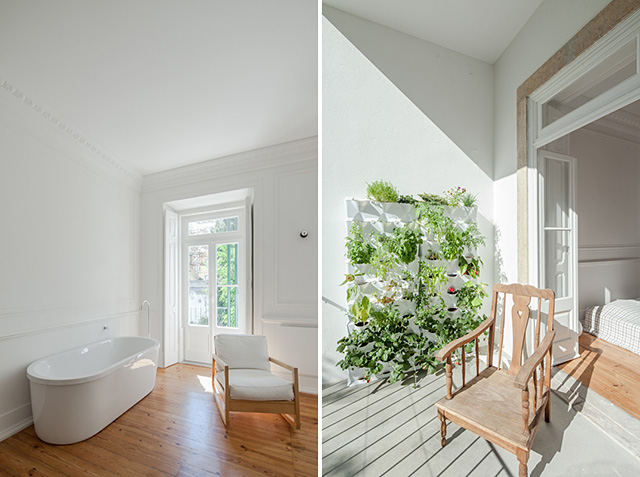 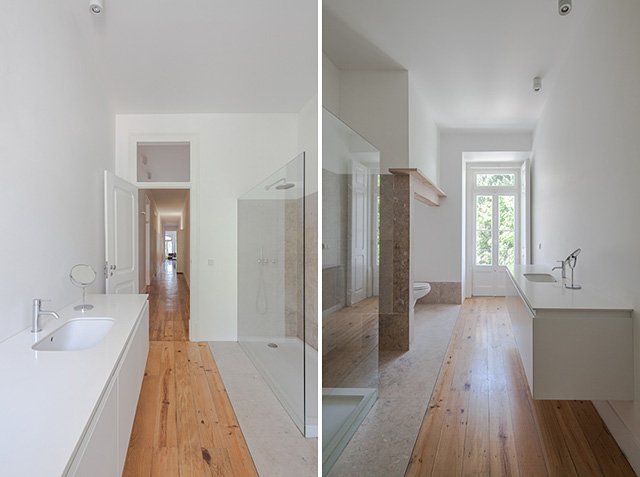 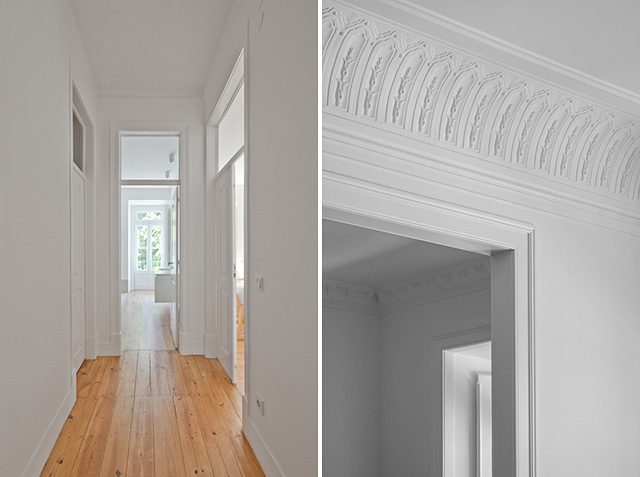 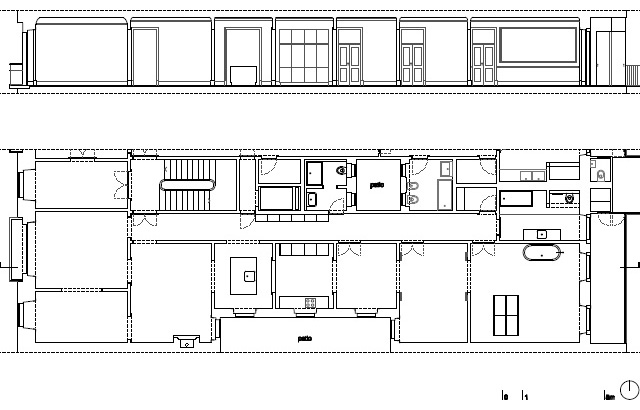