Barely two years after the groundbreaking ceremony, Hamburg-Harburg Technical University will be inaugurating its new main building tomorrow, on time for the scheduled completion date. Designed by the architects von Gerkan, Marg and Partners (gmp), a new building comprising both historic and new parts has been created at the site of the former Schwarzenbergkaserne (Schwarzenberg Barracks). The new main building of TU Harburg forms a succinct entrance to the existing campus, which is made up of 14 buildings. It accommodates the executive commitee, auditoriums and seminar rooms, as well as the students’ learning and communication centre, which is open 24 hours a day. 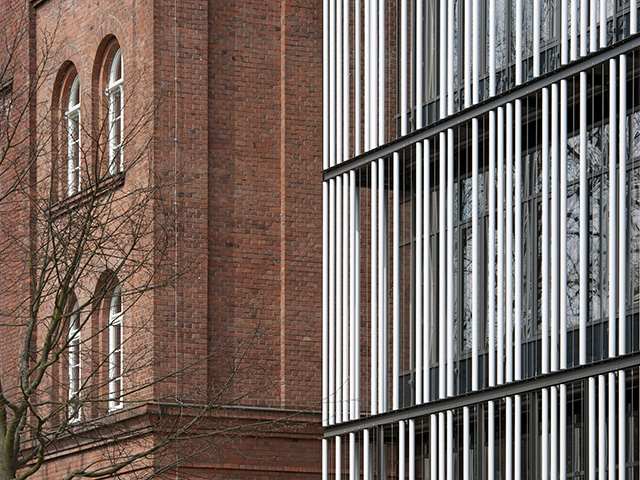 The existing building of the former Schwarzenbergkaserne is a red-brick building complex which has been listed as a historic building and has recently been mostly vacant. The building was stripped out and fully refurbished while largely retaining the existing building substance with its structural components on the inside. The avant-corps was subject to more extensive conversions: to create a prestigious entrance foyer, the interior space was made wider and the ceilings were opened up, thus providing additional air space and vistas through the entrance portals of the central axis in all three storeys. The existing volume of the building was extended by two additional cubes which match the existing building in height and scale. The new building section to the east of the central building closes a gap that resulted from the Second World War and thereby reconnects the eastern wing with the main complex. A small new building opposite, to the north, re-establishes the symmetry of the complex in layout and elevations. 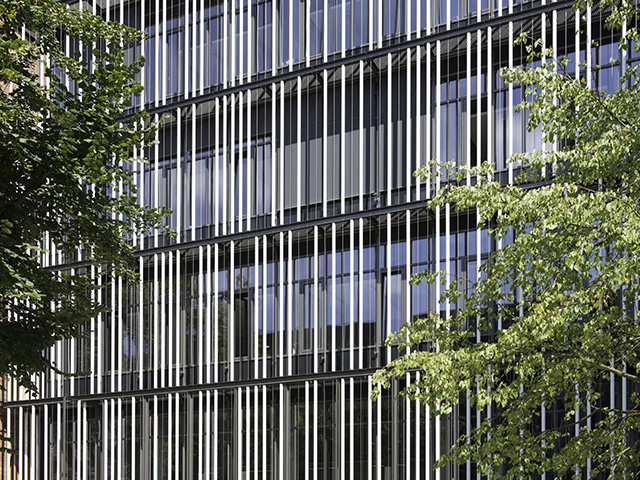 The fa?ades received a special treatment. In the existing building it was only necessary to refurbish the timber windows and insert three-storey-high entrance elements on the northern and southern elevations on the central tract, as the brickwork of the elevations was largely intact and only required minor repairs. In contrast, the glass fa?ades of the new buildings received a very different treatment: vertical aluminium tubes and stainless steel cables have been installed in-between deep steel U-profiles. The seemingly irregularly placed tubes and the steel cables in the intermediate spaces spell Technische Universit?t Hamburg-Harburg when read in Morse code. 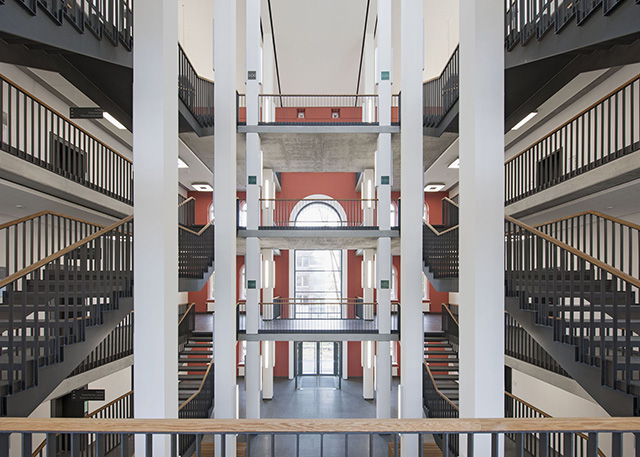 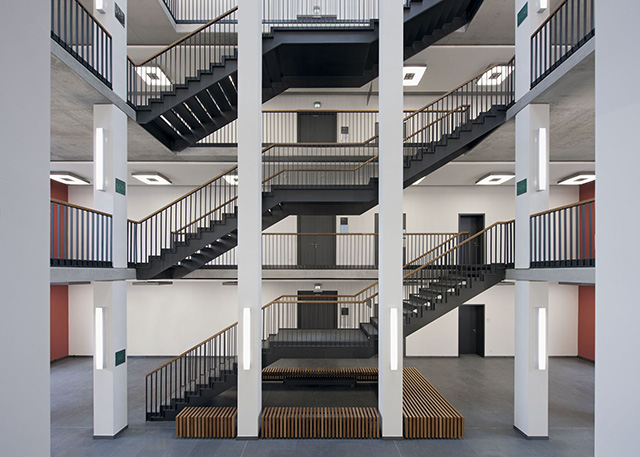 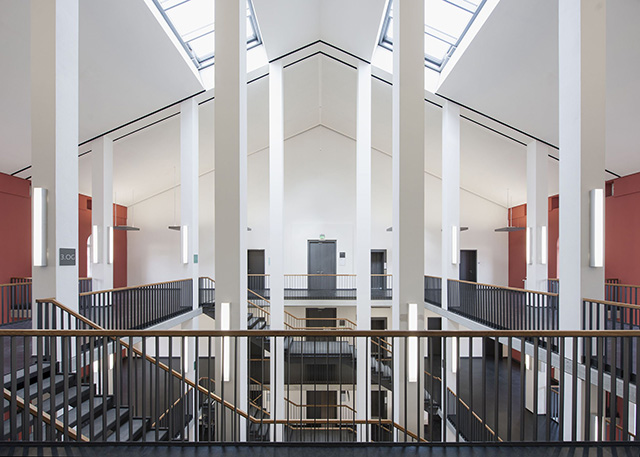 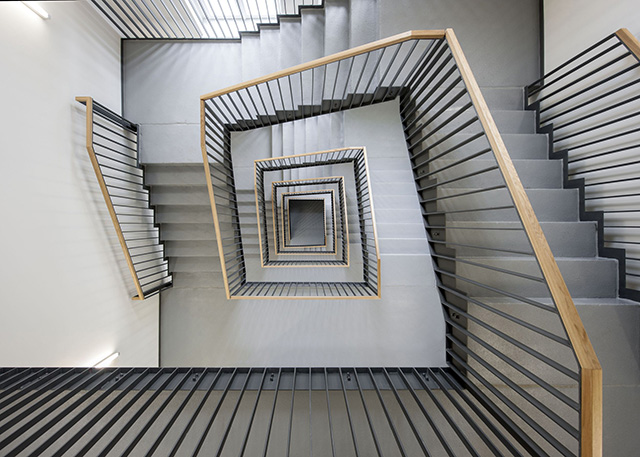 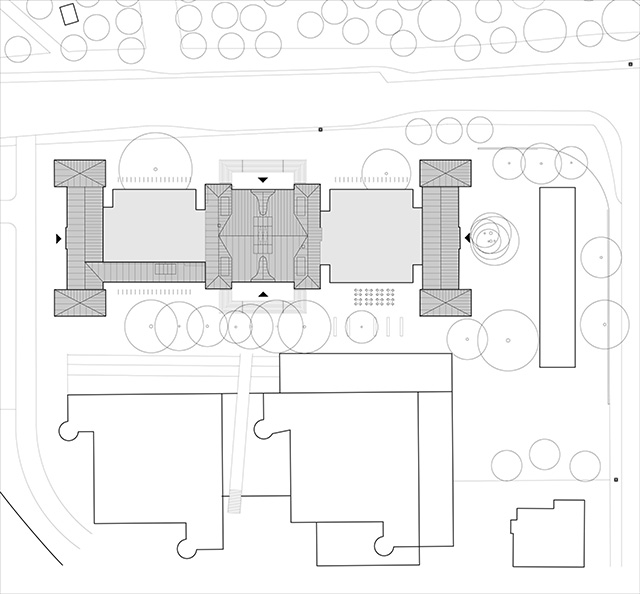 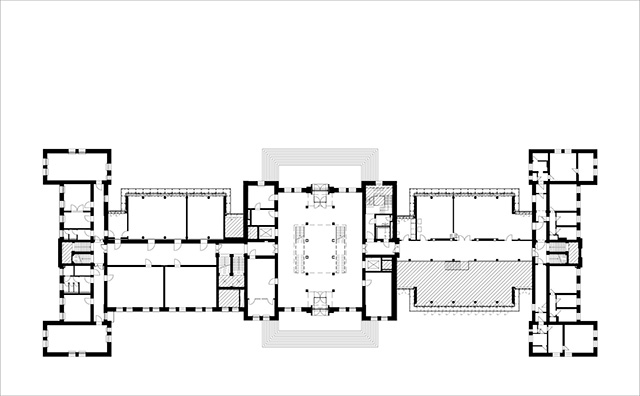