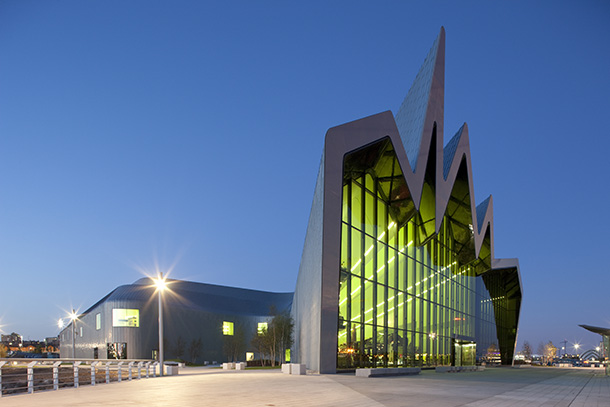 The long-expected opening of Glasgow Riverside Museum of Transport, which construction was at first postponed because of the crisis and then lasted for about four years, took place on 21 June, 2011. The project has been designed by a famous London-based architecture studio Zaha Hadid Architects, which had been founded by the first and only female recipient of the Pitzker Architecture Prize, Zaha Hadid. In spite of the fact that she designed many significant buildings in lots of countries all over the world, it was her first major public building in the United Kingdom, a country where she lives and works. 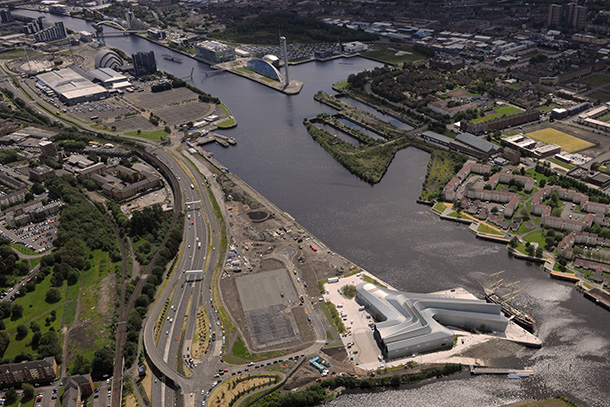 In the past Glasgow, which now is the third most populous city in the United Kingdom, was an industrial giant and a significant centre of shipbuilding. But in the XX century it experienced a long-lasting decline that ended only in the eighties. The city authorities made active efforts to increase the economy, raise living and cultural standards. As a result, these campaigns started baring fruits: in 1990 Glasgow got a status of European City of Culture, in 1999 it was designated UK City of Architecture and Design. Now the city is one of Europe’s sixteen largest financial centres and major culture centre. 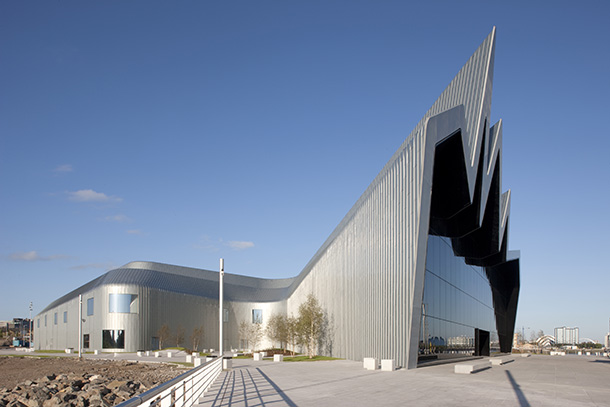 Located in the industrial part of the city and occupied a place of a former shipyard on the banks of the River Clyde, the new museum was expected to be such landmark that could unite these two important periods of the Glasgow history – it should act as a monument of the history of shipbuilding and consolidate the role of the city as a significant culture centre. 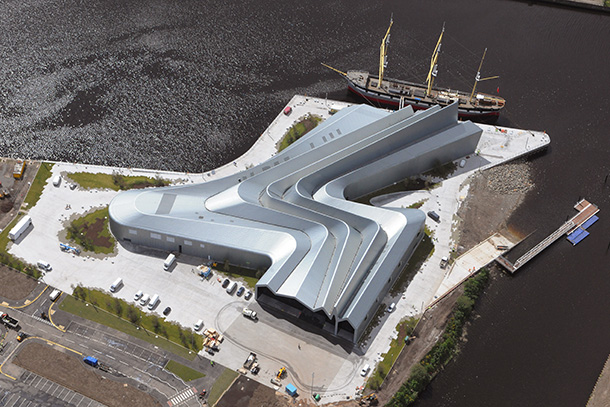 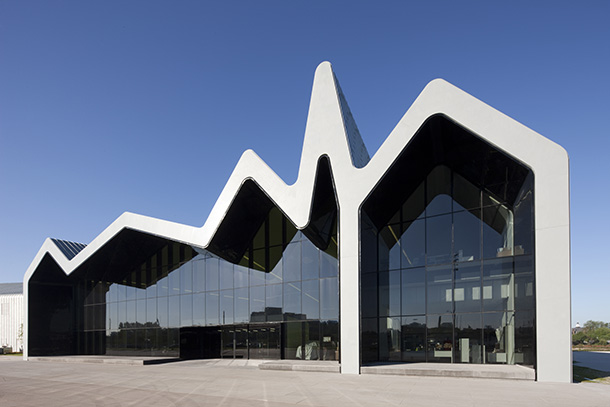 The building, open at opposite ends, has a tunnel-like configuration between the city and the Clyde. However, within this connection between the city and river, the building diverts to create a journey away from its external context into the world of the exhibits. Here, the internal path within the museum becomes a mediator between city and river, which can either be hermetic or porous depending on the exhibition layout. Thus, the museum positions itself symbolically and functionally as open and fluid, engaging its context and content to ensure it is profoundly interlinked with not only Glasgow’s history, but also its future. Visitors build up a gradual sense of the external context as they move through the museum from exhibit to exhibit. 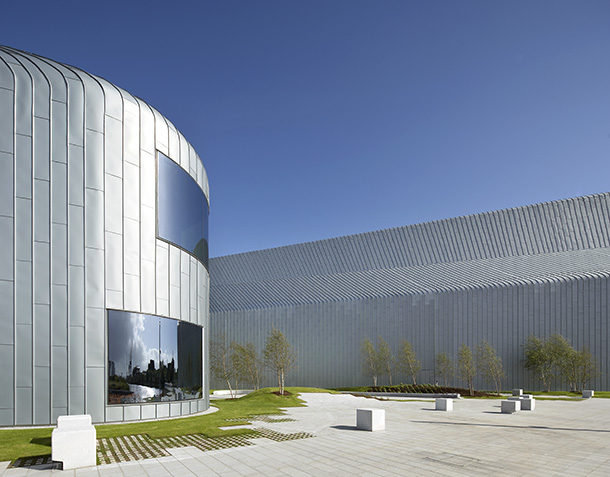 The design is a sectional extrusion, open at opposing ends along a diverted linear path. This cross-sectional outline is a responsive gesture to encapsulate a wave or ‘pleats’. The outer ‘pleats’ are enclosed to accommodate support services and the ‘black box’ exhibits. This leaves the main central space column-free and open, offering greatest flexibility to exhibit the museum’s world-class collection. 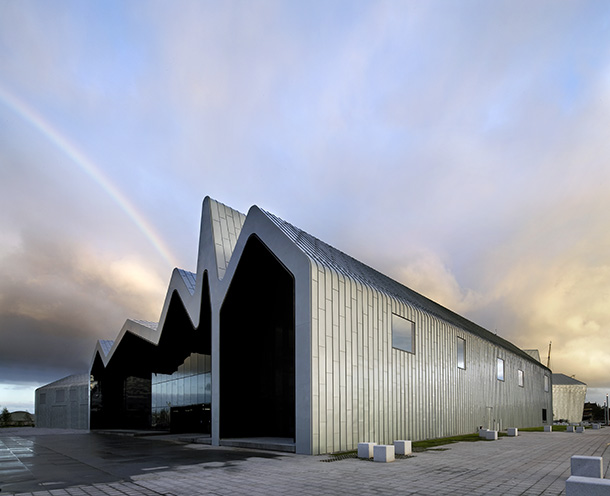 The fa?ade of the museum is covered with 24,000 zinc panels. It also plays a role beyond its obvious, aesthetic function, contributing to the low-energy strategy. It provides a very low level of air leakage and substantial insulation to reduce extremes of temperature and reducing the demand for heating or cooling. The north and south glass facades are also multi-purpose: they contain slender structural elements that help support the roof.

‘Through architecture, we can investigate future possibilities yet also explore the cultural foundations that have defined the city. The Riverside Museum is a fantastic and truly unique project where the exhibits and building come together at this prominent and historic location on the Clyde to enthuse and inspire all visitors. The design, combining geometric complexity with structural ingenuity and material authenticity, continues Glasgow’s rich engineering traditions and will be a part of the city’s future as a centre of innovation.’ 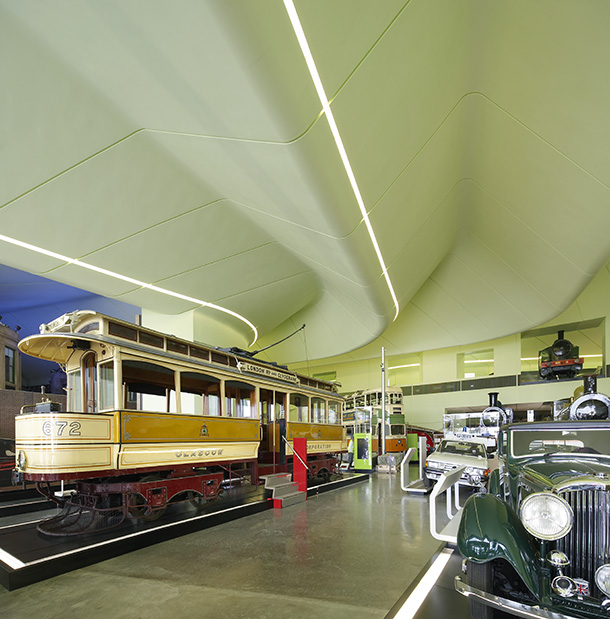 The Riverside Museum of Transport homes more than three thousand objects on display, with greatly improved access to all displays. Visitors can board two subway cars, three trams, four locomotives, one railway carriage and one bus. One of the exhibits is the Tall Ship Glenlee: it is one of only five Clyde-built sailing vessels afloat in the world today and the only one in the UK. 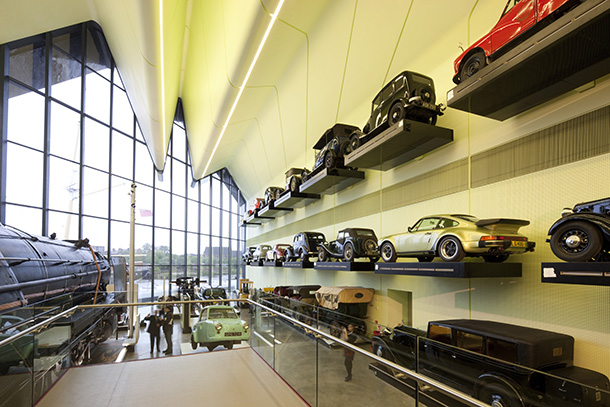 The Leader of Glasgow City Council, Councillor Gordon Matheson, says that the Riverside Museum of Transport will undoubtedly consolidate the city’s position as a world-class provider of culture, arts and entertainment.

‘The opening of the Riverside Museum represents the most significant launch on the Clyde for many years. This stunning building reflects the very best in what our finest engineers, architects and designers are doing today and the world-class collection reveals the innovation and ambition of the people who made Glasgow the industrial powerhouse of the past.’ 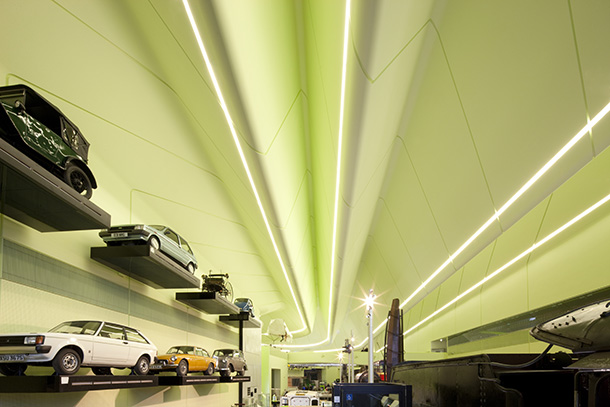 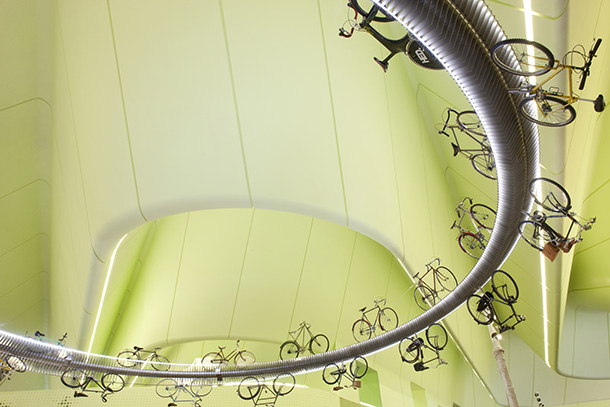 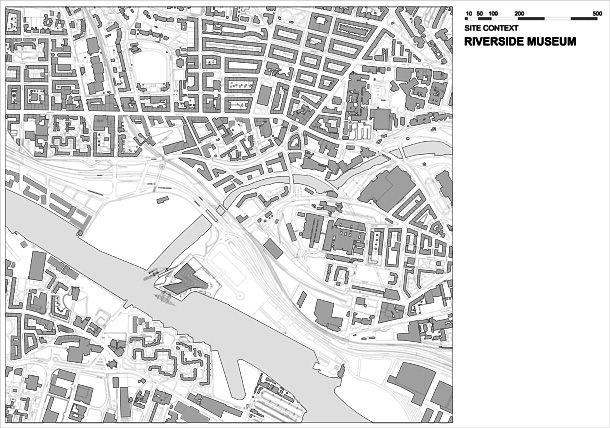 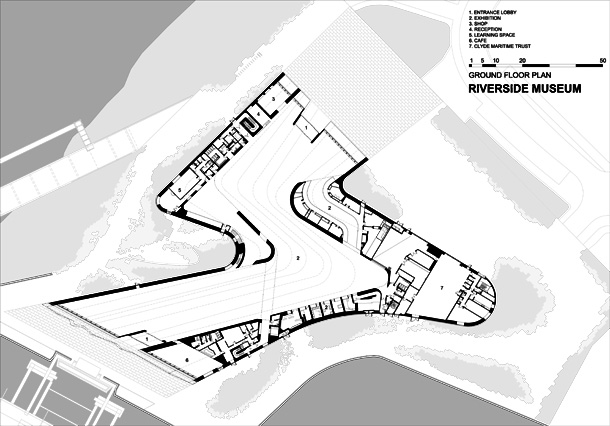 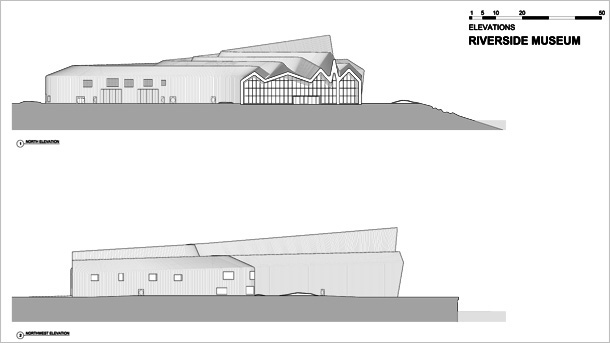 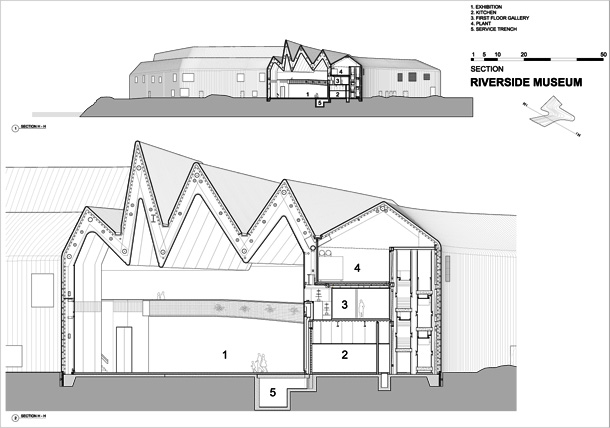 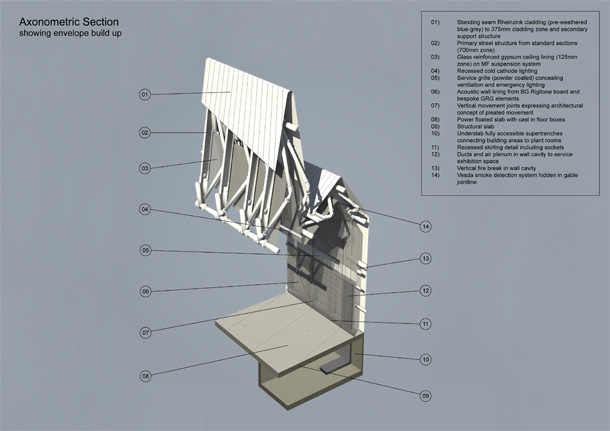