A beautiful series of macro photos by a Russian photographer depicting an ant's eye view of the world.

It is hard to believe but this series appeared only a year after he had taken up photography. And, as it often happens, he has become interested in photography almost accidentally: ‘Our family had a simple Nikon camera that was slowly dying of falls and ageing, so we decided to buy a new one. I was looking for a replacement for our old Nikon on the Internet and came across digital reflex cameras. Then I chose the most budget model, bought it and started photographing’. 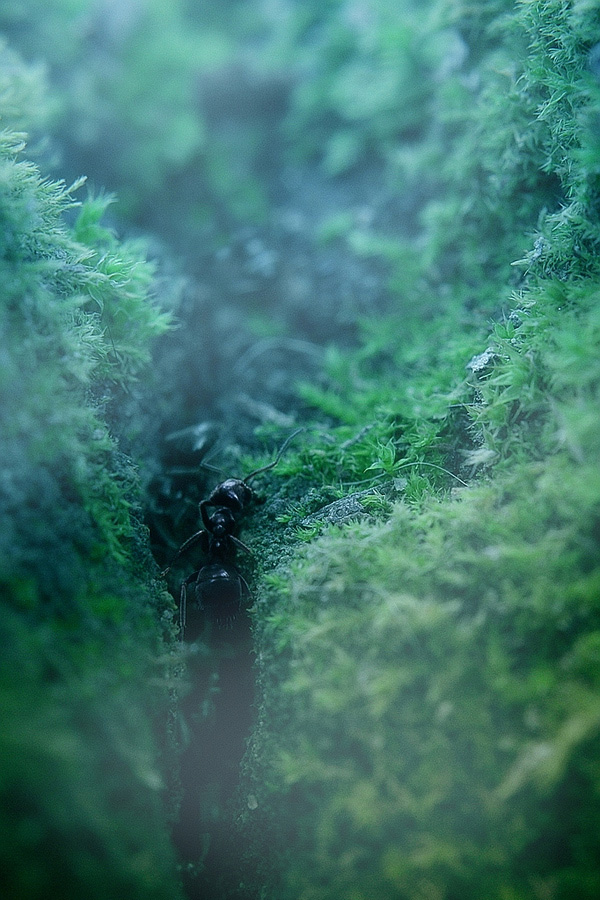 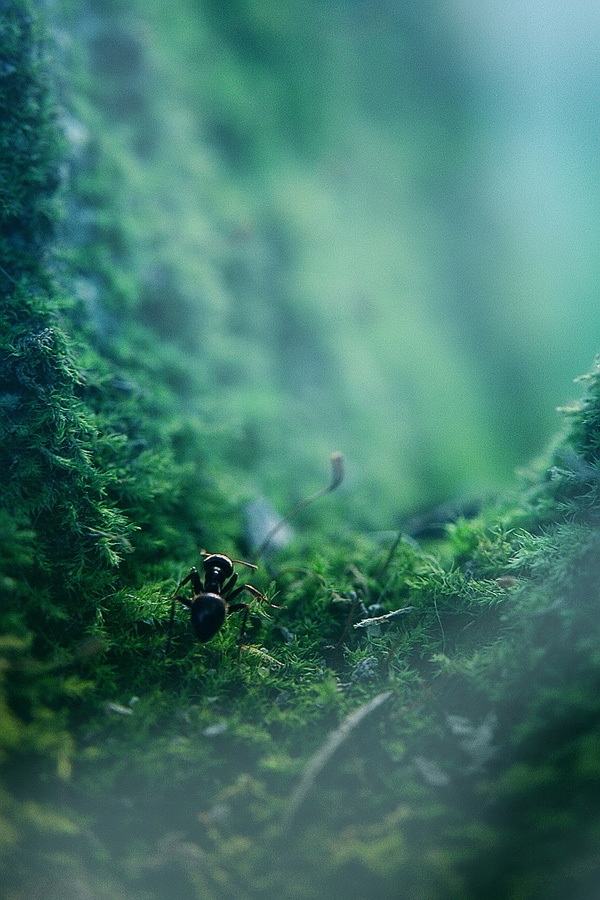 The process of photographing without special professional equipment is also quite interesting. We asked Oleg to tell us about the process of creating The Ant Thriller: ‘I liked macro photo and I had an idea to take a series of photos which would have a plot. I realized that it was rather difficult, went over a plenty of alternatives and chose the idea of the anthill. I strove to depict the life of these tiny hardworking creatures but the things went wrong. I neglected this idea for a while but later, being on holidays, I noticed a place on a tree bifurcation that sheltered an ants` colony. On a scale of an ant, this place looked like a mysterious hollow. On watching this view, the idea of taking a series of photos with mystical atmosphere came into my mind. It was rather challenging to take these photographs because I didn’t have macro-optics and used the reverse mounted lens. For this reason, I had to bring the ants into focus manually, which was really difficult. Moreover, the twilight was another serious obstacle for me. But I enjoy the result very much’. 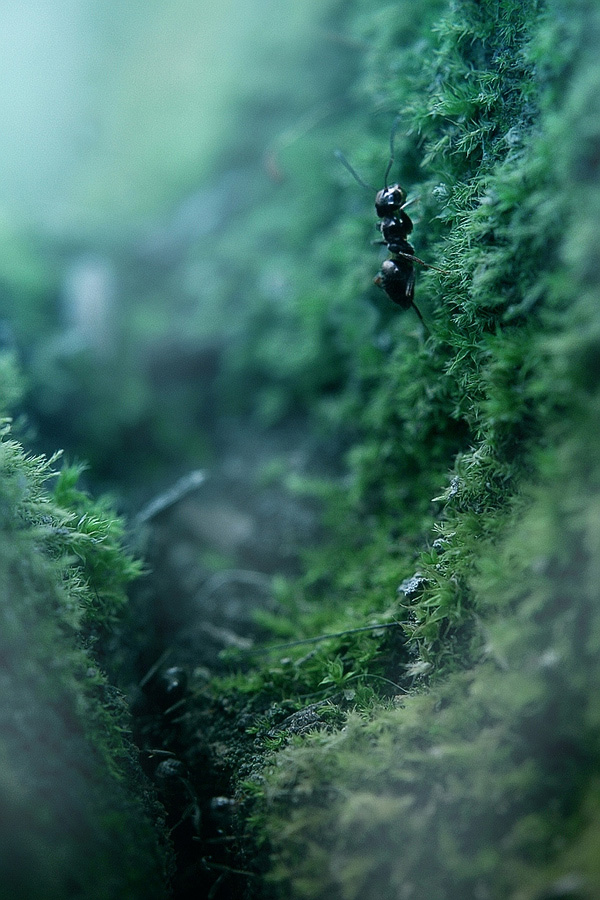 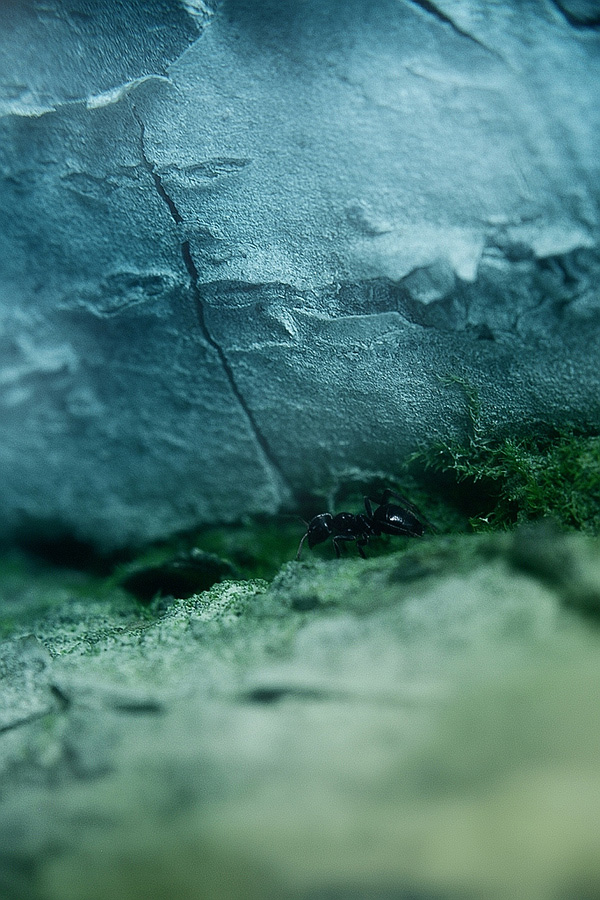 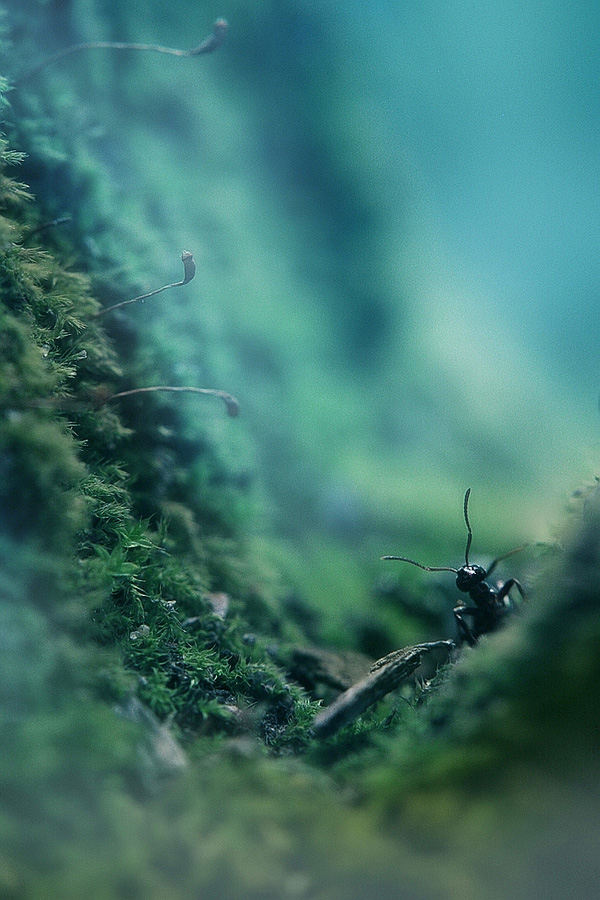 Not only is Oleg interested in macro photography, but he also likes travel photo and enjoys photographing nature. You can appreciate his other works here and here.