While most garments are traditionally made from different types of fabric, the Design Academy Eindhoven graduate Lee Sun thinks that paper can be a better alternative if we take into account such qualities as recyclability and sustainability. After seeing a huge amount of clothes waste thrown away at the end of every season, the designer developed the collection of clothes titled Consumption of Heritage to address this issue. Each piece in the collection can be easily recycled, and to achieve this, Lee Sun used traditional Korean materials – hanji paper and hansan mosi fabric.

Even though waste is an important issue of our time, the paper has obvious drawbacks as a clothing material, and this collection is not the first attempt to adapt it for clothing production. Thus in the 60s, the American Scott Paper Company introduced paper dresses as a marketing stunt that unexpectedly blew up the fashion world for a short period. They were an incarnation of ideas of progress, mass production, and consumerism that appeal to young people of that time. Besides, people like that such dresses could be easily hemmed with scissors or colored with crayons. And they were very cheap! 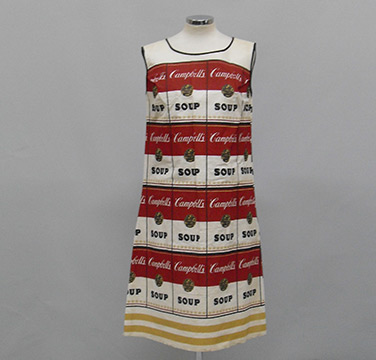 A big factor was their eye-catching patterns that suggested pop art: zigzags, flowers, animals, optical illusions, etc. Some images made the dresses akin to walking billboards, like The Souper Dress showcasing Andy Warhol’s renowned Campbell’s Soup Cans. But as the novelty appeal of paper dresses wore off, their downsides became more apparent. In most cases, they were uncomfortable and prone to tearing or creasing, their garish colors could rub off, and they were inappropriate to wear on a rainy day. In 1968 after two years of production, paper clothing disappeared from the market.

However, Lee Sun’s collection is made not from ordinary paper – hanji is noted for its durability and toughness for hundreds of years. In ancient Korea and China, people used to even make armors from layers of hanji. The traditional Korean paper has antibacterial, deodorizing, and sweat absorbing qualities, and it can also boast of its insulation and ventilation properties.

The Korean paper is used for all the garments in the collection. And if Hansan Mosi Transforming Coat has only buttons made with hanji (the coat itself is made from hansan mosi fabric), Hanji Padding Jacket features not only a quilted shell made from hanji, but it is also stuffed with leftover paper.

Some pieces feature traditional Korean making techniques and motifs. Thus to make Ji-Seung Craft Vest, the designer rolled strips of hanji printed with Korean letters into cords and then wove them together. In Korea, this type of paper weaving is called jiseung. For Najeonchilgi comprising a detachable collar and sleeves, she applied traditional Korean lacquerware inlaid with mother-of-pearl, which is known more than 2,000 years. The geometric floral cut out pattern of Dancheong Pattern Jacket is inspired by the five-colored designs that can be found on the walls, pillars, and eaves of Korean wooden buildings. 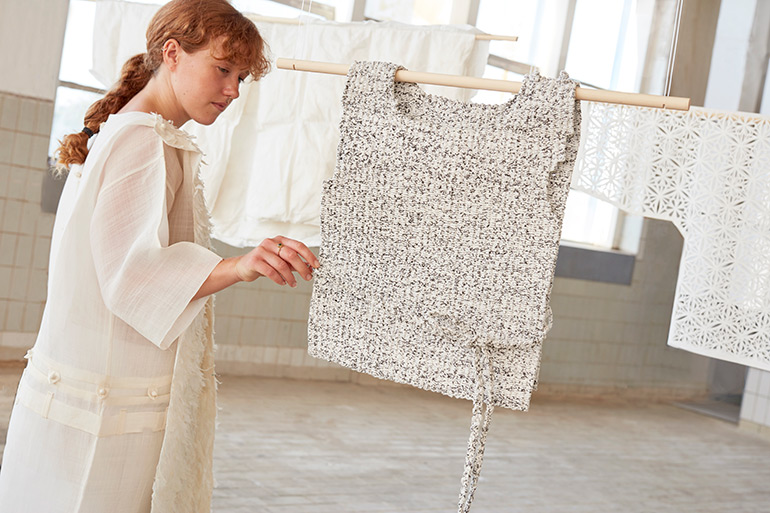 What are we wearing? What clothes do we make? How and why are we making them? As a Korean fashion designer, Lee Sun tackles these questions through her own heritage. But she also hopes that her project will inspire other designers to bring back traditional crafts of their cultures into our consumer society and make them relevant in our modern lifestyle.

This site uses Akismet to reduce spam. Learn how your comment data is processed.