When Etienne de Crecy, a renowned French DJ and music producer, commissioned the architects from the Paris-based studio Fairfax to entirely renovate his recording studio he sent them only one image as a reference. On that image, there was a spaceship cockpit that he described as a great space with wide panels, spotlights everywhere. And the architects answered: “We will make you a spaceship!”.

The studio is located on the ground floor of an old building (it was built in 1840) in a Parisian faubourg. This is a 60 sqm (645 sqft) space where de Crecy works all day long mixing sounds and making new tracks. The architects turned it into futuristic space that really looked a spaceship cockpit from certain angles. At the same time, the interior features elements typical for the second half of the 20th century, and these elements add a retro look to the whole image.

Functionally, the studio is divided into two areas: the studio itself and the office/lounge area. The studio is an enclosed space isolated from the building’s structure with multiple layers of plasterboard and absorptive materials. The project is a series of plywood structures inserted inside the acoustical box, spaced out to fit rack cabinets in between. The space above the racks is filled with colored felt panels designed to allow adding absorptive material beneath it and get the well-balanced acoustics. A vanishing point gives a feeling of a much deeper space than it is.

The office/lounge area with in-built furniture is open to the courtyard and helps to rest between two captures. Plywood is used as one material all over the floor and the millwork to create a counterpart to the colorful studio. 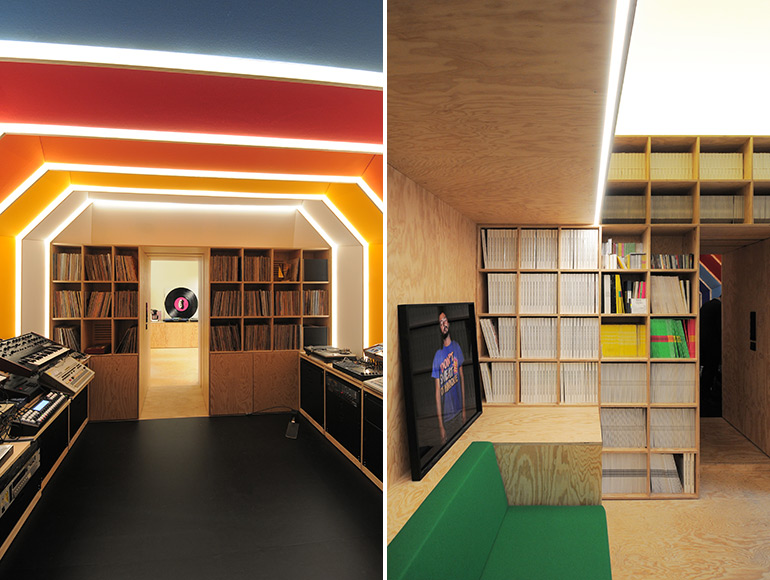 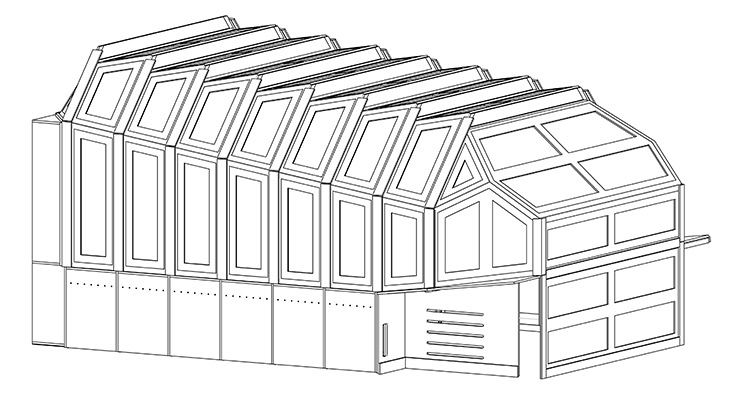