Massive Attack’s album Mezzanine released in 1998 became the world’s first album to be made available as a free online stream. This year, Mezzanine celebrates its 20th anniversary, and the renowned trip-hop band decided to mark it in a very unusual way, encoding the full album in strands of synthetic DNA. What is more, these strands are mixed with matte black paint and placed inside a limited number of spray cans, each of which contains approximately one million copies of the album.

Robert Del Naja, a founding member of Massive Attack and graffiti artist, said: “It’s an interesting way to vandalise your back catalogue, although DNA-encoded spray paint is unlikely to be adopted by street artists seeking anonymity.”

The project was developed in collaboration with the Zurich-based company TurboBeads. The album’s digital bitstream was first translated to 901,065 DNA sequences, each 105 characters long. These individual sequences were then chemically synthesized resulting in a synthetic DNA sample, which fully represented the digital bitstream of the album. To enable the mixing of the DNA with the spray can paint and to guarantee information stability, the DNA sequences were encapsulated in synthetic glass fossils and then directly added to the spray cans. 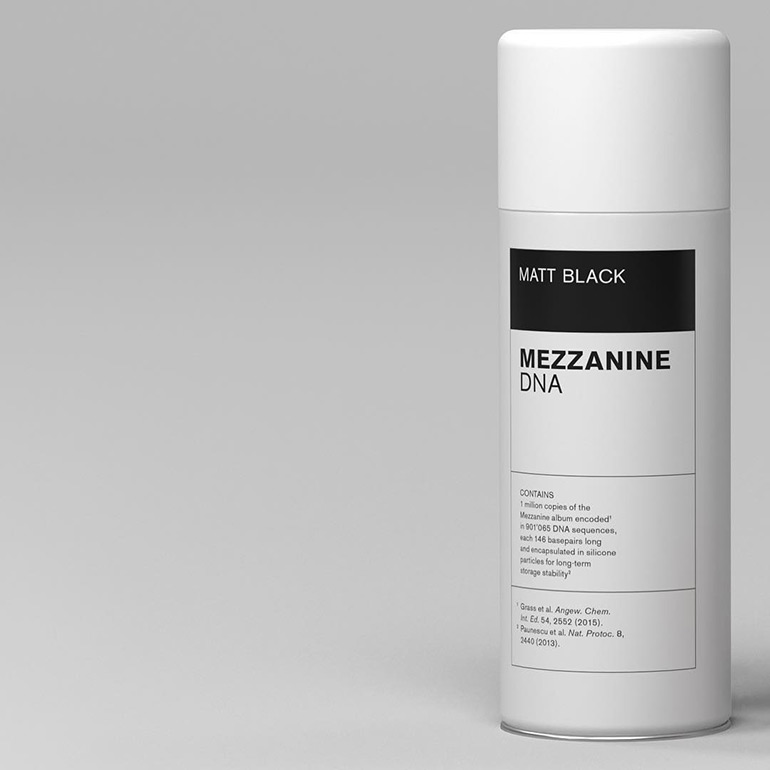 Grass says that DNA can archive music for hundreds to thousands of years. But do we have a chance to play the album encoded in DNA? Del Naja says that if you were to spray, scrape it off the wall and have it analyzed in the correct conditions, you’d be able to play the album back – as soon the right player becomes available.