The Sydney Wynyard underground station opened in 1932, and for over eight decades commuters have been served by its historic wooden escalators. They were dismantled only this year, and 244 old wooden treads and four combs were turned into an impressive art installation Interloop.

Originally, three escalators have been installed, and the fourth was added in 1952. Being the first escalators in Australia, they have also been among the last of their type in the world to this year. In the past, one of the main problems of wooden escalators was a fire risk. After the 1987 fire at London’s King’s Cross station, which began under a wooden escalator and claimed the lives of 31 people, the Wynyard escalators were treated with a fire retardant coating and fire sprinklers. However, there were other everyday issues concerning the historic escalators – the growing number of high heels which got stuck in the wooden wedges on the treads as well as guide dogs that were injured after getting their claws stuck in the combs.

Created by the Australian architect and artist Chris Fox, the Interloop installation hangs from the Wynyard station’s ceiling above the modern escalators, which travel underground from York Street. The vast twisting accordion-shaped structure, measuring more than fifty meters in length and weighing over five tonnes, reconfigures the heritage wooden escalators in a stitched form, forming an otherworldly space above people’s heads.

Chris Fox: ‘The artwork explores the idea that people are stationary on an escalator whilst also traveling, allowing for a moment of pause that occurs mid-motion. The installation resonates with people in this state, referencing all those journeys that have passed and are now interlooping back.’

For the Wynyard station, Interloop becomes a symbol of a new era which pays homage to the past while also looking forward to the future. 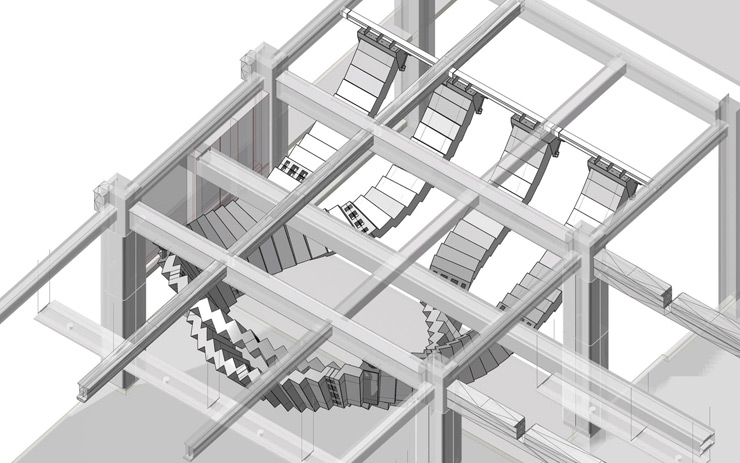 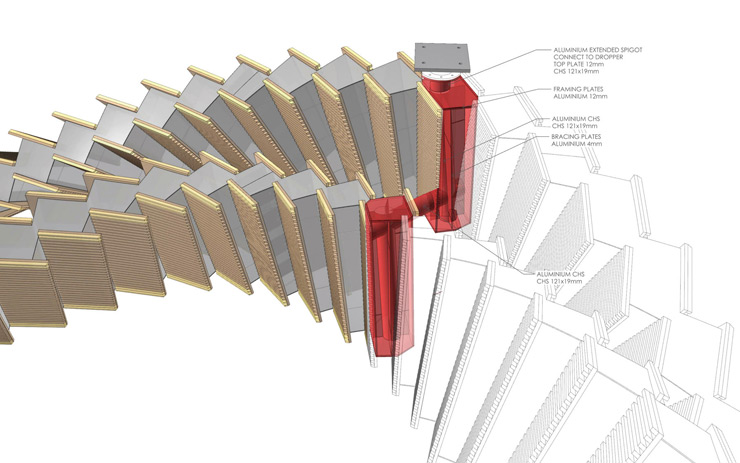 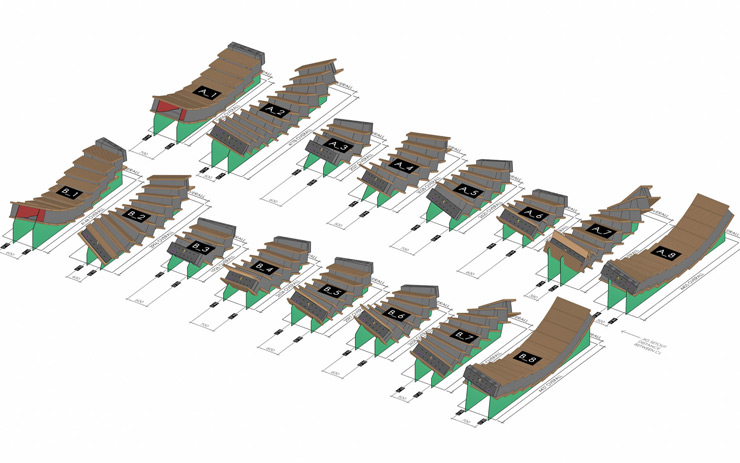