Inside the artist’s apartment in the center of Tel Aviv, the young Israeli studio RUST architects has designed a versatile 18 sqm (194 sqft) studio workspace featuring lots of storage spaces for the owner’s personal collection of 2d pieces that included pieces dated from the 1940s to present day.

RUST architects: ‘Every piece that will be stored was measured: they were organized and ordered according to groups, sizes and artistic connections. After the organizational and calculation stage, four separate proportions were discovered that receive expression as each section is opened. Every cell, cupboard or drawer was designed internally according to the required proportions, only when the drawer is opened the colorful mosaic of the storage section is revealed. In addition, different sections were planned and built for displaying and storing work, tools and materials.’

The smaller sections can be removed from the larger frame units and placed on the table during the work. Removable sliding doors act as modular easels, and also can be used for displaying the pieces of the collection. From time to time, the owner uses the studio to host colleagues, so behind the sliding doors, there is also a folding bed for them. 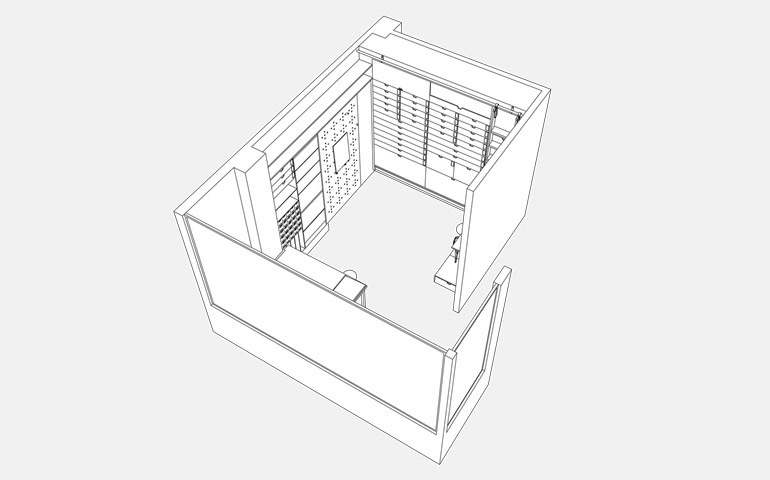