German photographer Lucas Zimmermann has recently completed a fascinating series of photographs of traffic lights on deserted night roads. The photos were taken in a dense fog which incredibly revealed the streams of colored light emitted by the signals.

‘The possibility that light is “visible” in fog fascinates me,’ said Zimmermann. ‘The unknown hue of blueish light is like the fog hidden for the human eye, but the photograph shows us things we otherwise overlook, such as a simple traffic light on the street. An all known object which produces a strong effect in an unnatural situation with a simple photographic setup.’ 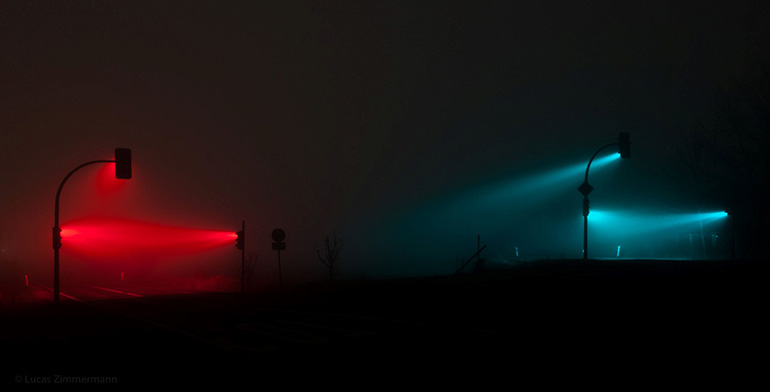 The photographer used 5-20 second exposure and then adjusted the color temperature in post production. All the photos were taken near Weimar, Germany. Zimmermann said that he started the project in 2013, and then it took him two years to finally go out again and progress on the series.