Thomas Heatherwick, a renowned designer and founder of Heatherwick Studio, has unveiled plans for the New York City’s future public landmark, Vessel. The project is meant to be the centerpiece of the new public space that will feature more than five acres of public plazas, gardens, and groves, connecting seamlessly to the High Line and the new Hudson Park & Boulevard. When complete, this continuous chain of open spaces on the West Side will run from Gansevoort Street to Times Square, making it the largest network of public spaces developed in Manhattan since Central Park. And Vessel will sit at the center of this layout. 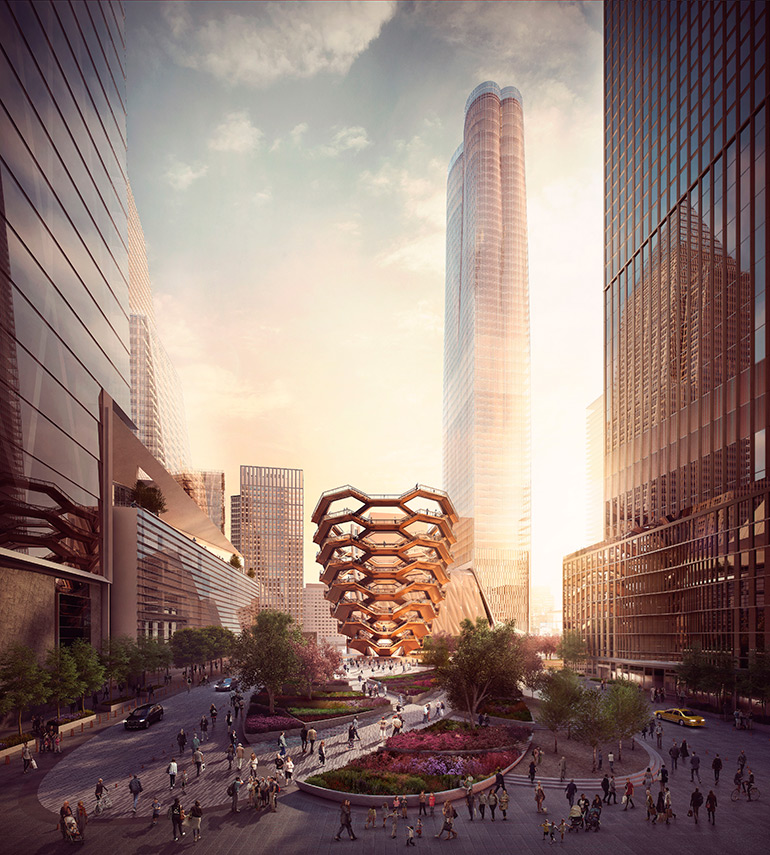 ‘In a city full of eye-catching structures,’ Thomas Heatherwick explained, ‘our first thought was that it shouldn’t just be something to look at. Instead we wanted to make something that everybody could use, touch, relate to. Influenced by images we had seen of Indian stepwells, made from hundreds of flights of stairs going down into the ground, an idea emerged to use flights of stairs as building elements.’ 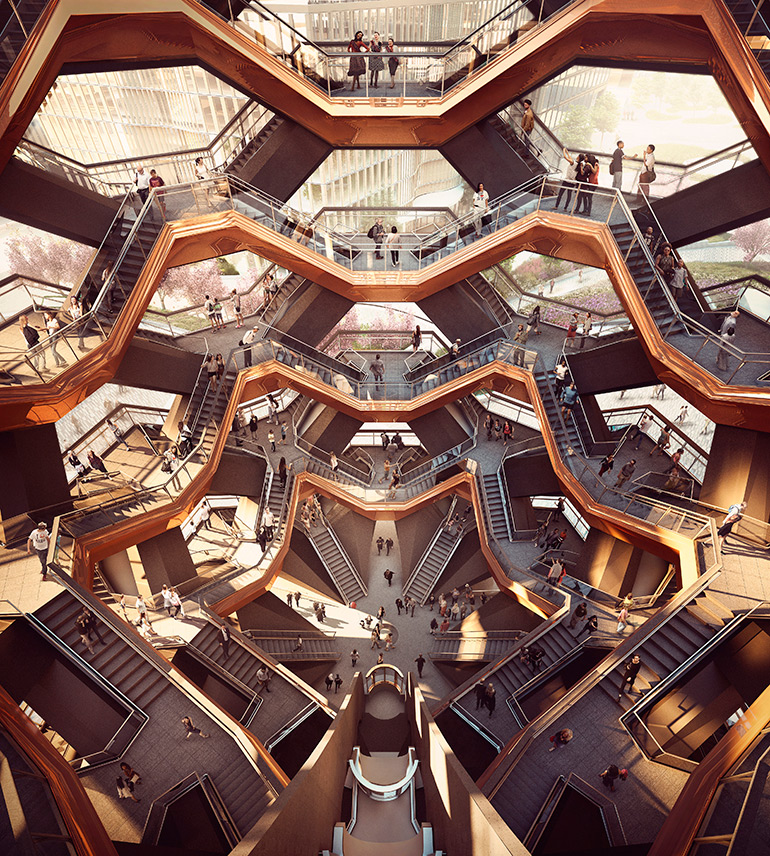 Vessel is a new kind of public landmark: engaging and interactive, meant to be climbed and explored. Comprised of 154 intricately interconnecting flights of stairs – almost 2,500 individual steps – and 80 landings – Vessel will lift the public up, offering a multitude of ways to engage with and experience New York, Hudson Yards and each other. In total, Vessel will offer a mile’s worth of pathway rising up above the Gardens. 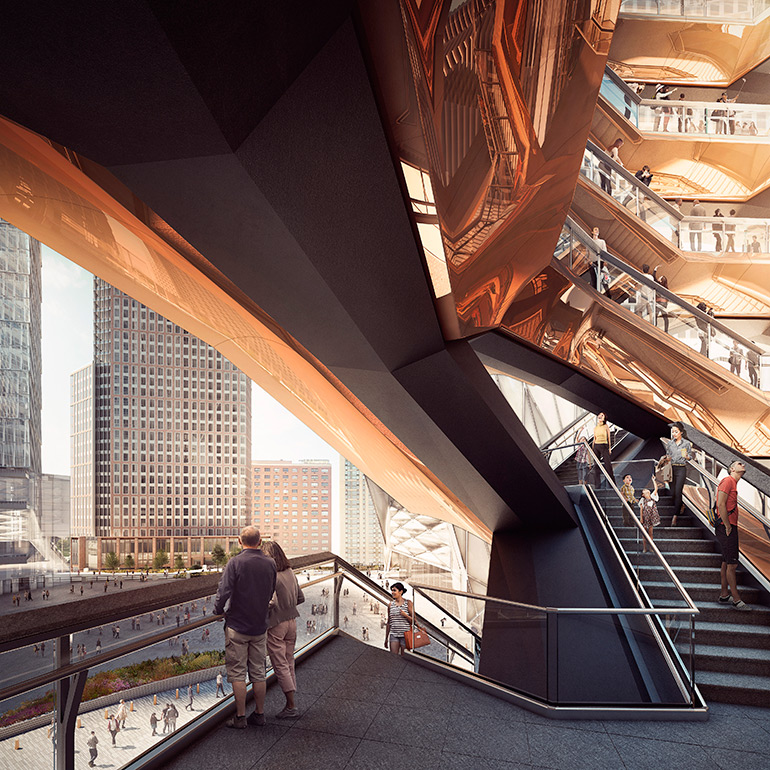 The dramatic design of Vessel creates a stage set for New Yorkers and visitors from around the world: a geometric lattice of intersecting flights of stairs, whose form rises from a base that is 50 feet in diameter and widens at the top to 150 feet. It is constructed of a structural painted steel frame, its underside surfaces covered by a polished copper-colored steel skin.

‘When I was a student,’ Heatherwick said, ‘I fell in love with an old discarded flight of wooden stairs outside a local building site. It caught my imagination and I loved that is was part furniture and part infrastructure. You could climb up stairs, jump on them, dance on them, get tired on them and then plonk yourself down on them. Years later, suddenly here was an opportunity to make a new kind of landmark for Hudson Yards. We wondered whether it could be built entirely from steps and landings? The goal became to lift people up to be more visible and to enjoy new views and perspectives of each other. The idea is that it will act as a new free stage set for the city and form a new public gathering place for New Yorkers and visitors.’