This funny red phone has been made by an Indian artist Aparna Rao from a Bangalore-based art studio Pors & Rao for her uncle who sometimes asked Rao to assist him in making a phone call by dialing a number. This inspired the artist to make a phone that was operated by two people since one person alone could not reach from the dial to the receiver. Rao titled this artwork The Uncle Phone. 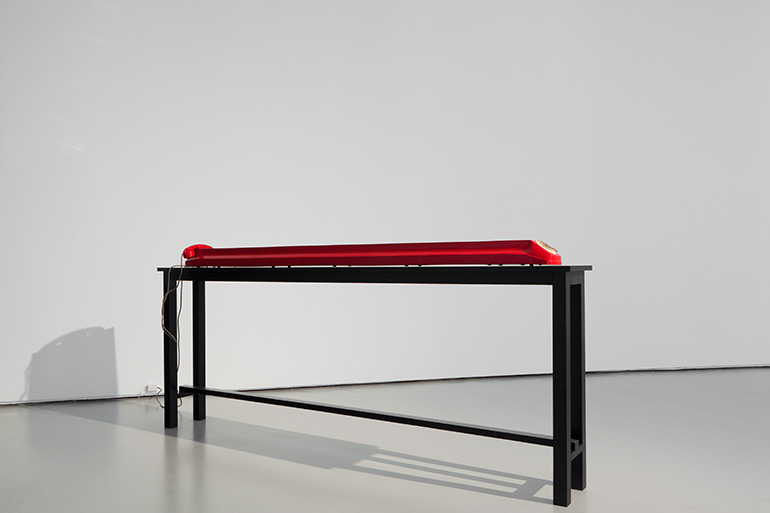 “In the Indian context,” Aparna Rao explains, “it’s a really bad thing to deny these simple requests and others, such as, ‘Can you get me a glass of water?’ You can’t say, ‘No, I won’t do it.’ And yet, if these requests become the cause of so many disruptions in your daily life, there is a need to rationalize it somehow. Just the proposition of having to communicate something very simple and innocuous to an uncle can become a very complex and difficult thing due to the issue of respect – it’s all so culturally coded.”

By the way, The Uncle Phone is not only a sculptural plastic model; it is fully functional and works like any simple rotary phone.