A London-based studio Factory Fifteen directed and produced an immersive spherical video mapping installation for the SAT Immersion Experience Symposium in Montreal in May 2015. Titled Cocoon, the installation took place under the large 360-degree by 220-degree dome where it placed the participants inside several shells of abstract and figurative architectural spaces, which slowly peel away. 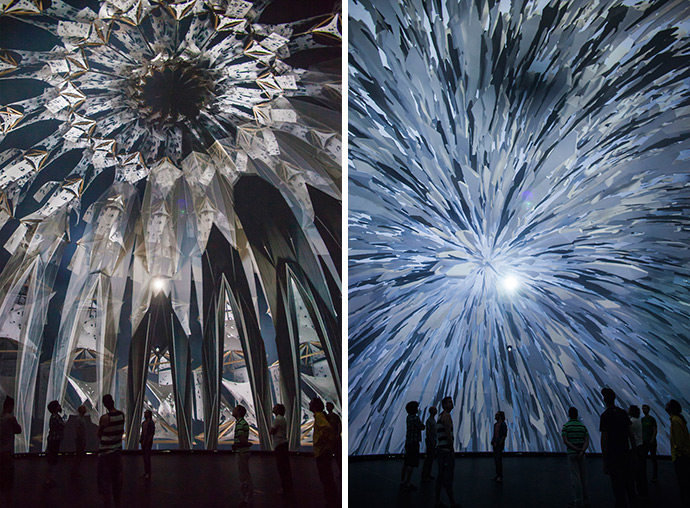 The authors say that this work represents their first steps into immersive 360-degree filmmaking and that they are currently developing a narrative based dome film.