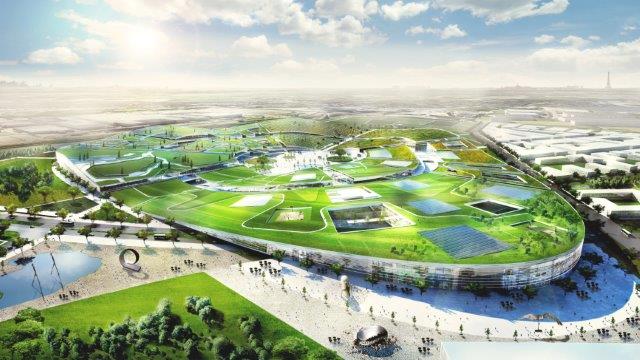 BIG with additional team members Tess, Transsolar, Base, Transitec and Michel Forgue is chosen to design an 80 Hectare cultural and commercial destination,  EuropaCity in France.

The new urban center EuropaCity is located between Paris and Roissy in France’s most populated region ?le-de-France. EuropaCity will offer a mixture of retail, culture and leisure on an unprecedented scale around the defining theme of the European urban experience, diversity and culture. The winning team was selected among proposals from Manuelle Gautrand, Sn?hetta and Valode & Pistre. 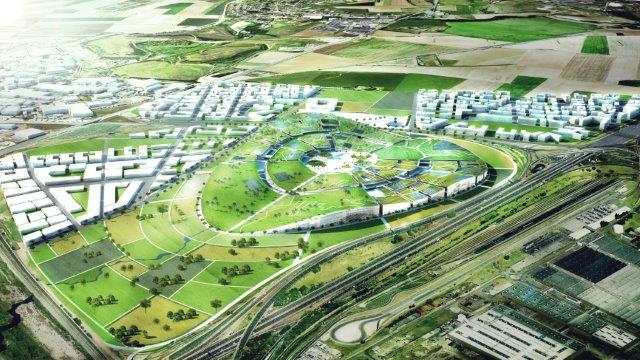 BIG’s proposal is an urban form combining dense city with open landscape and will become a cultural and commercial gathering point for the surrounding cities of the Triangle de Gonesse.  Like a city that is carved into the landscape, the entire facility is covered in an accessible green roof with recreational areas, hiking paths and urban farming. EuropaCity will be directly linked to the coming Grand Paris Express Metro to Charles de Gaule airport.

‘EuropaCity will be an experimental hybrid between urbanism and landscape design: Center and periphery overlapped in the simultaneous coexistence of a recreational open landscape of rolling hills superimposed on an urban neighborhood of walkable streets, plazas and parks. We find that Paris these years is taking on a holistic effort to ensure that the urban periphery is given equal opportunity to be as lively and inhabitable as its historic center. EuropaCity will be an important step in this agenda.’ 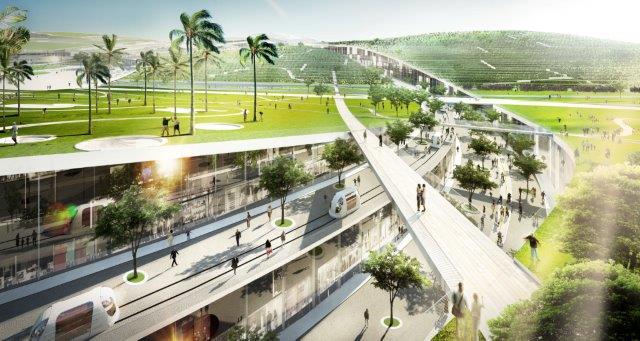 EuropaCity is organized along an internal circular avenue of retail, entertainment and cultural programs. Along the avenue bicycles and electric public transport bring visitors quickly around. The vast accessible roof features gentle sloping valleys and peaks allowing visitors to experience the panoramic views of central Paris and La Defense skylines.

‘We are excited to have the opportunity to work with a project with this level of ambition. EuropaCity has the potential to become the most sustainable culture and retail city in the world – not only in terms of energy and resources but also in terms of bringing a new quality of public life into the Triangle de Gonesse.’ 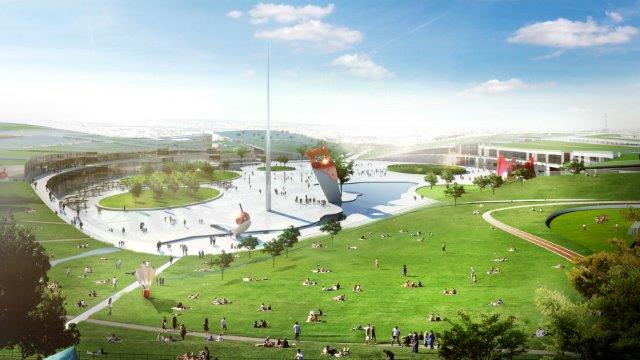 EuropaCity is designed as a laboratory for sustainable technologies, and a showcase for viable green tech implementations that does not only save energy, but also improves the quality of the urban environment. The large range of culture and leisure programs like concert halls, spas, skiing hill, swimming pools and urban farming form an urban ecosystem where resources are fed from one into another. Waste heat from retail is channeled into leisure spas, water is re-used as irrigation for the parks, and EuropaCity will be providing the surrounding neighborhoods with district heating and cooling.  The entire facility is designed to be powered with a combination of solar, biofuel and geothermal energy. 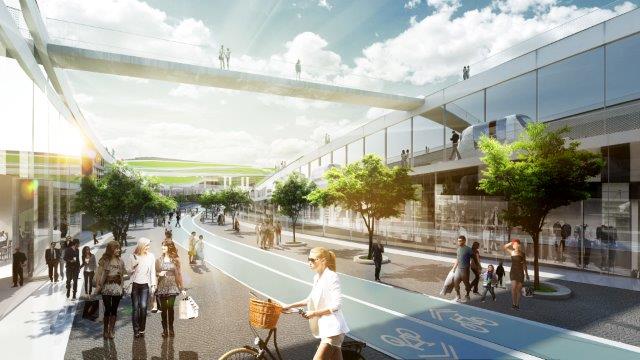