A steel structure of the house stands on two tunnel-alike foundations enabling city heating pipes to pass beneath the house. Its longer sides are covered with Kingspan sandwich panels while the facades are made out of translucent 20 mm thick polycarbonate with two opposed windows for cross-ventilation. 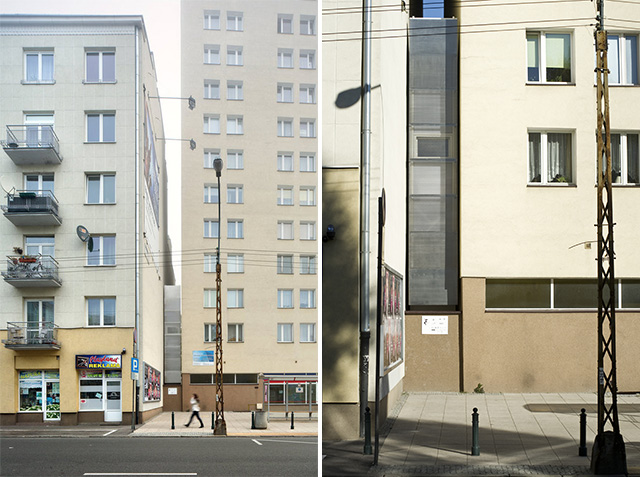 Access to the living room area is granted through steep steel stairs and a trapdoor in the floor. An aircraft-sized bathroom, a kitchenette and a dining space for two are also situated on this level. The sleeping compartment with a 90 cm wide mattress and a work desk are situated on a platform connected with the living area by a ladder. To avoid the claustrophobic effect of narrow space, the apparent structure and side panels are white, with a large polycarbonate roof serving as a source of indirect light.

The house was created for an Israeli writer Etgar Keret. Besides, it also fulfils a function of a studio for invited guests – young creators and intellectualists from all over the world. The residential program is supposed to produce creative work conditions and become a significant platform for world intellectual exchange. 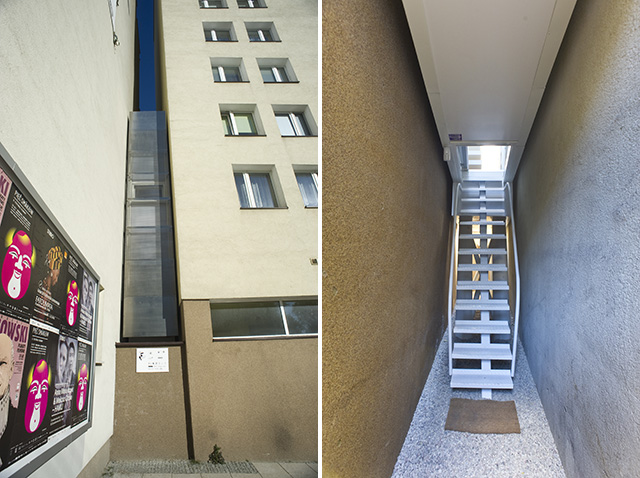 Jakub Szczęsny: ‘Three years have passed since its first presentation as a slightly impossible artistic concept during WolaArt festival in 2009. Today Keret House proves to be a possible venture, thus it cost The Foundation of Polish Modern Art and me a lot of blood, sweat and tears. Everything seemed to stand on its way: the space narrowness, the infrastructure, law and money. But since its creators were persistent and devoted to the vision, they’ve managed to convince and persuade other people: neighbors, authorities, administrators, sponsors and builders. Today the house or rather an art installation of some 14 m2 stands between two buildings by Żelazna St. in Warsaw!’ 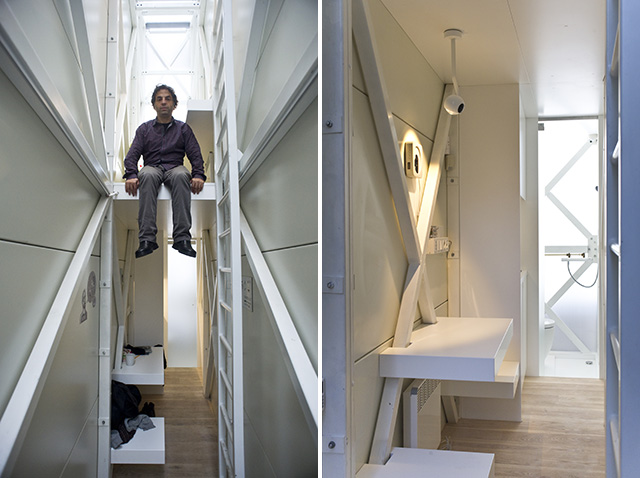 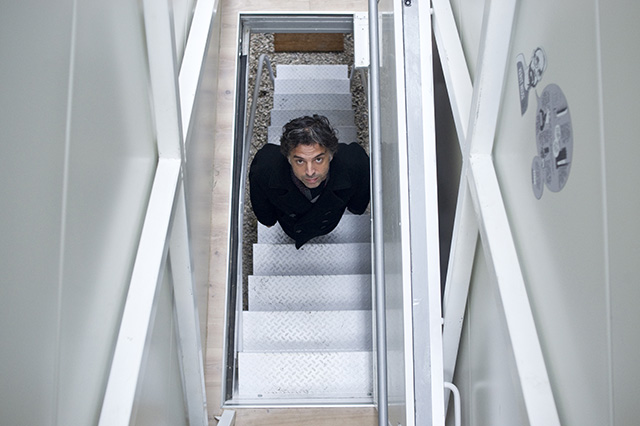 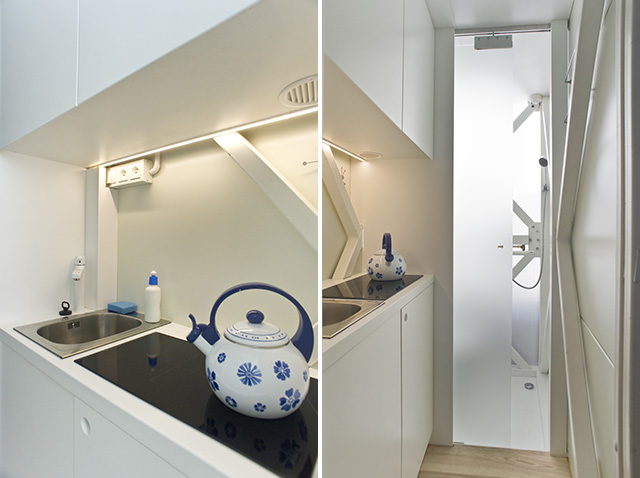 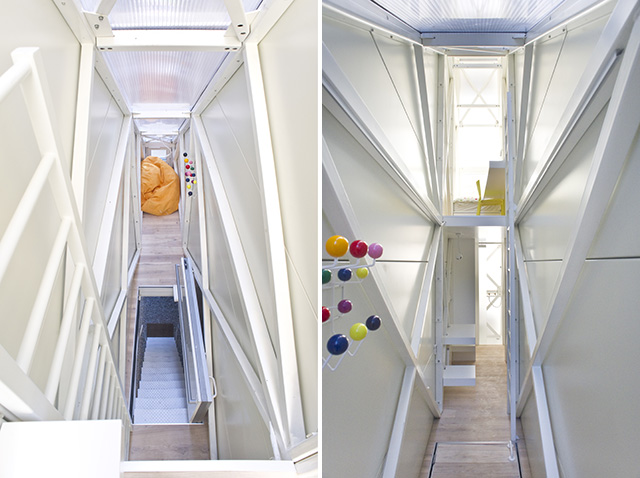 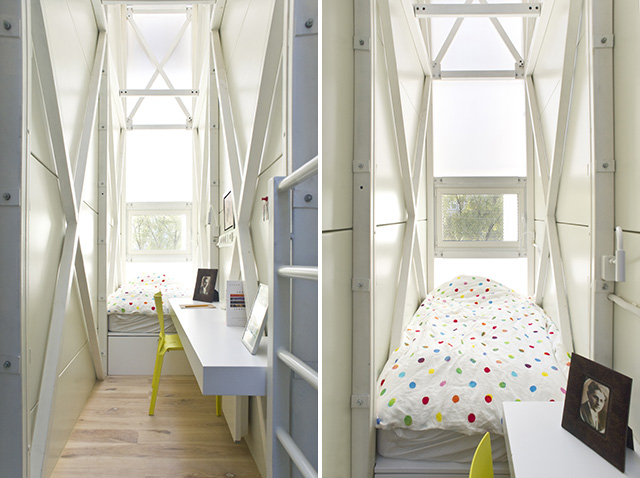 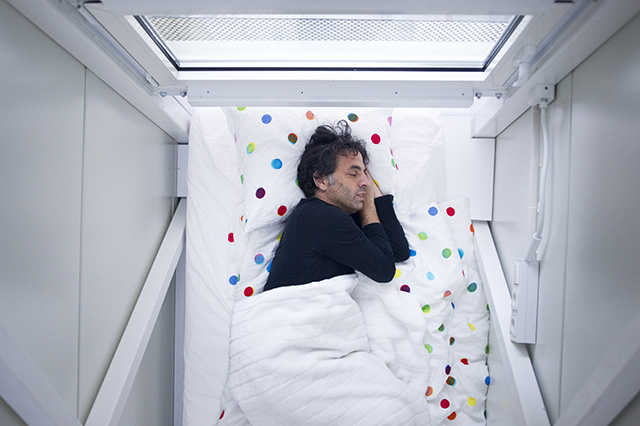 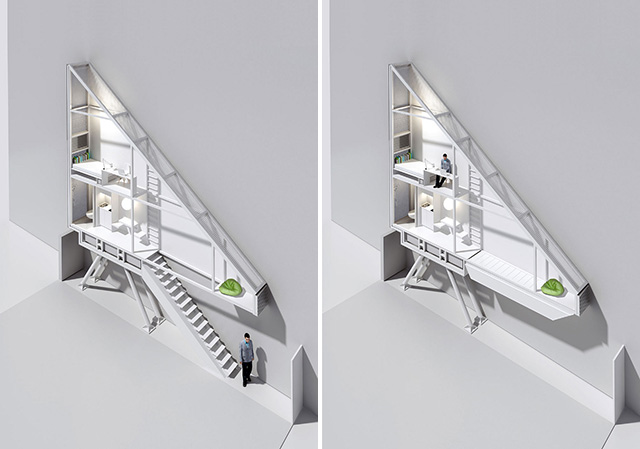 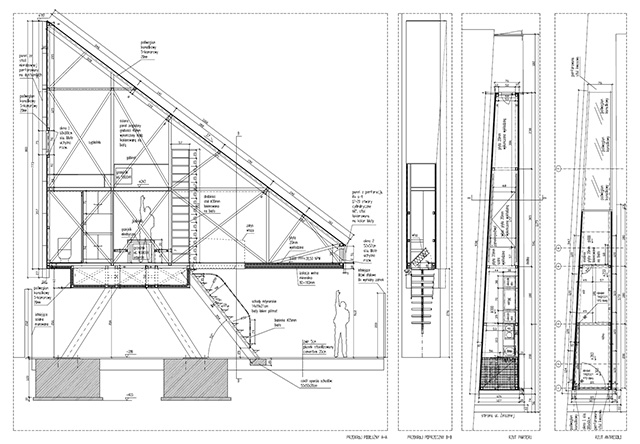