We are happy to introduce Hugo Orlandini, a Cuban-born contemporary artist who now lives and works in Barcelona. In his work, Hugo gives a lot of attention to social issues. ‘I’m inclined to think of art,’ says the artist, ‘as a transformational, creative and political energy that has sensorial, optical and mental consequences; a door that grants us access to new channels of perception in order to submit accepted systems to new questions.’

One of Hugo Orlandini’s most famous installations Pothole represented a Guantanamo Bay detention camp module in a life-size scale. Inside, the visitors could hear the Frank Sinatra’s song My Way in a loop. ‘The intention behind this loop,’ tells Hugo Orlandini, ‘was to draw attention to the tortures carried out in our day and age (in this case, sound tortures) in the back room of certain Western democracies.’ This year the artist reproduced the Guantanamo Bay detention camp module in a smaller scale and turned it in a music box.

Another work Fortune’s fool recreates a photo which has been published in Spanish newspapers. The photo depicted undocumented immigrants, who had occupied Barcelona Cathedral in protest against their irregular legal status, being removed by police forces from the premises.

We found Hugo Orlandini’s works are very interesting but in many cases they are not so easy to perceive out of context, especially through a computer screen. We hope that a short interview below helps you to understand the author’s concepts. 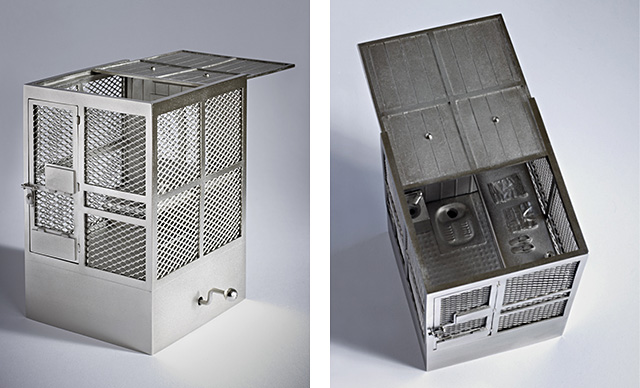 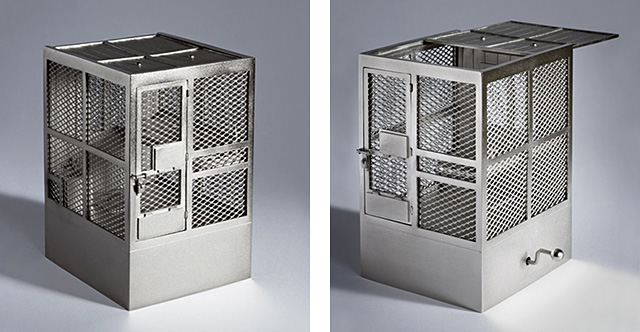 Could you tell us a few words about yourself: where were you born, what education do you have, where do you live and work?

I began my artistic training in Havana where, while I attended the School of Fine Arts I had the privilege of keeping in touch with the visual artists and writers of the well-known ‘Generation of the Eighties’, the legendary Cuban avant-garde. Years later I travelled to Buenos Aires and settled there to complete my training, obtaining several awards in artistic performance to produce sculptures, objects and installations. At present I live and work in Barcelona. 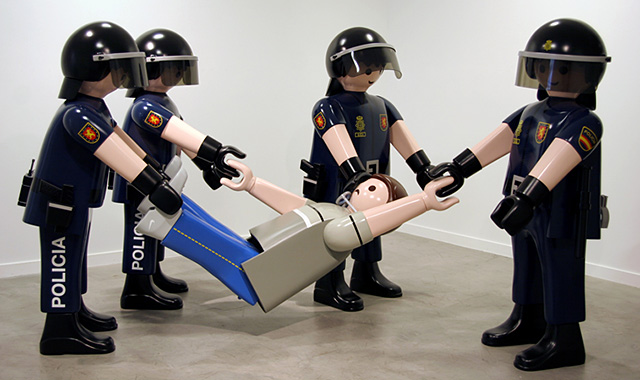 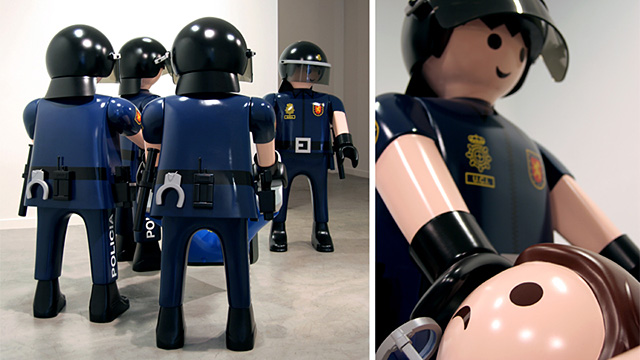 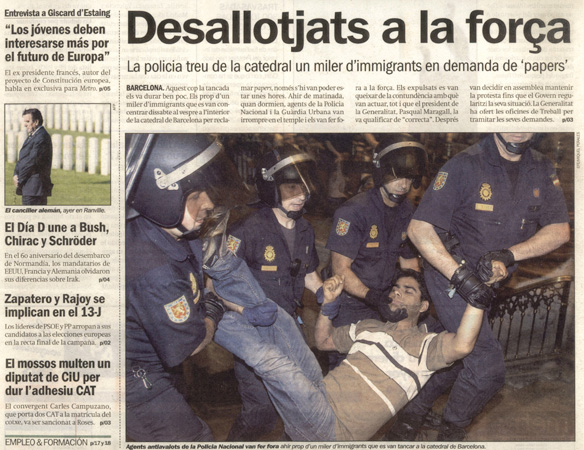 Major part of your works refers to different social issues. How do you choose themes for your works? What concerns you the most? Could you say that your art follows a certain theme?

We could say that the landscape of my oeuvre is essentially made up of social and political concerns. I think this is the link that connects my projects. I always try to produce considerable formal differences between my works. Perhaps this way of working responds to an attempt to be unpredictable.

I usually start from actual, historical events or from situations that have had a huge impact. Such occasions give me the opportunity to question the events, to reconstruct them in order to ruffle the surface or explore obviousness and offer a new point of view of occurrences.

I also think the personal element plays a key role in my subject matter, given my condition as a migrant since childhood, the consequences of having grown up and been educated in a Communist regime and having experienced for some time now the globalised liberal system. 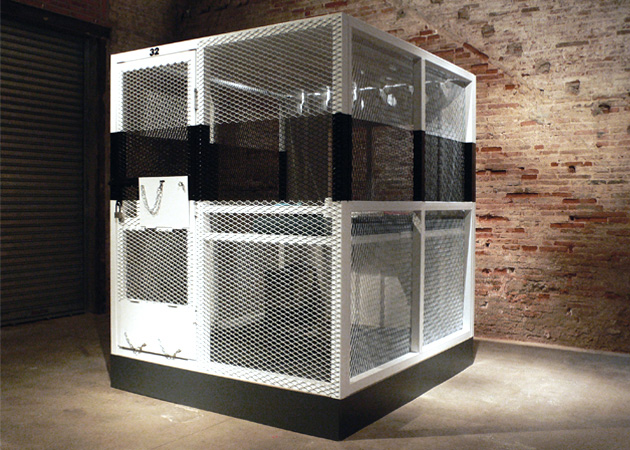 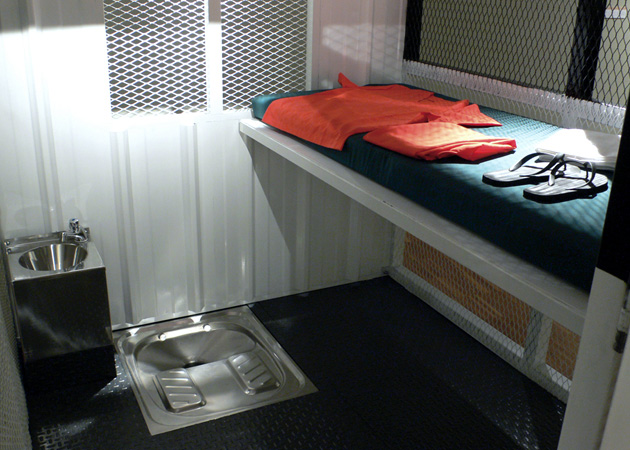 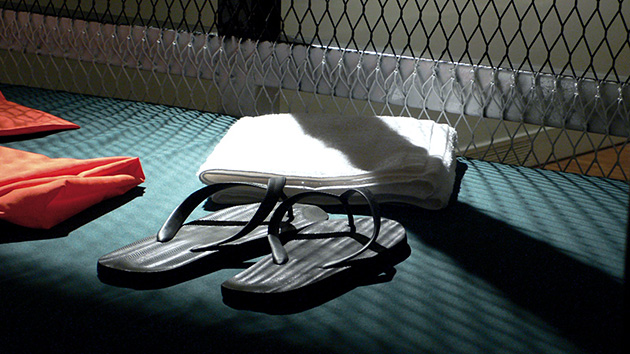 Do you refer yourself to any artistic movement?

My intention is that my works be encompassed by the field of Conceptual Art. 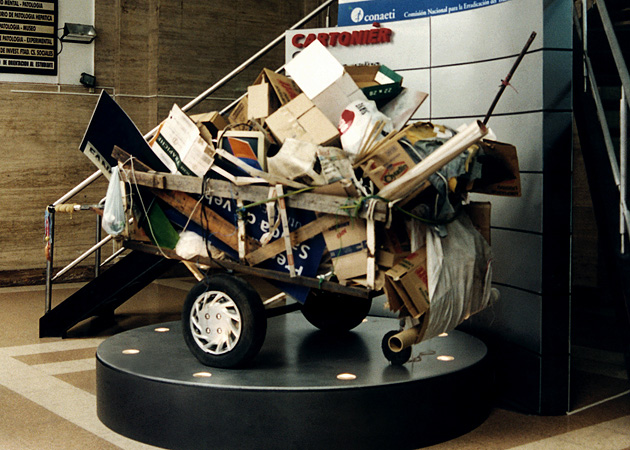 What do you expect viewers should experience after interaction with your works?

What I hope to contribute, through art, is a space for reflection on commonly accepted postulates and I hope to extend the importance of questioning as one of the basic cores of contemporary society. 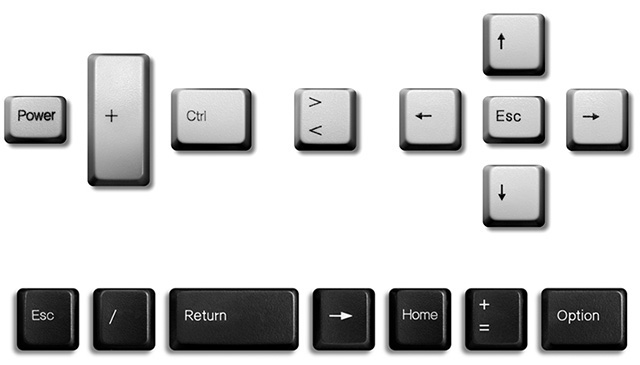 The proposal consisted in using Playmobil figures, toys that represent a range of clich?s that are materially uniform and interact on a politically correct and non-hierarchical ‘horizontal’ social plane, emphasised by their na?f appearance.

I decided to enlarge the toys to human scale and include undocumented immigrants as actors in the contemporary globalised stage. The piece is a reflection on the dialectics between social inclusion and exclusion. The source of information (the front page of a newspaper) also forms a part of the mise-en-sc?ne.

I think that casting this scene in white bronze using traditional sculptural techniques and transforming it into a sort of souvenir or object in the popular imaginary is a reflection on the banal way in which these events and their circumstances are treated in the media and how they soon become anecdotal. The idea of building it in a long-lasting material is also to grant the event a certain perdurability. 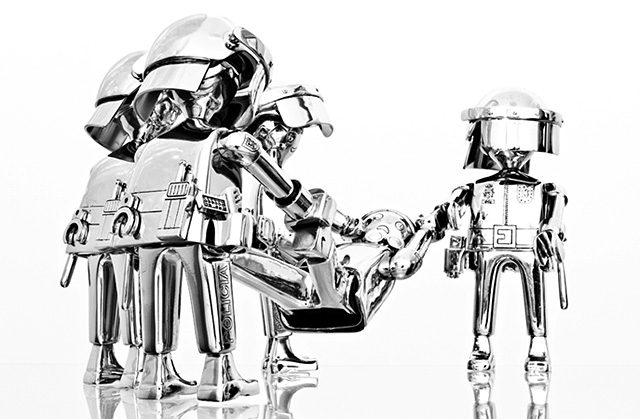 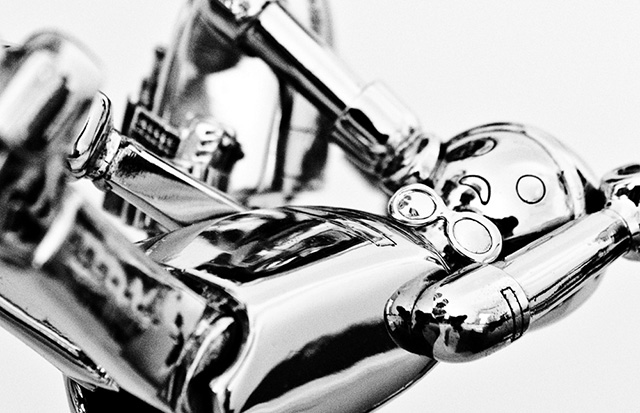 How do you produce the sculptures and installations? Is it a complicated process? Were there any interesting occasions concerning the process?

To begin with I carry out research which is complemented by a text on the idea. Then, in my studio I start sketching. Once I’ve decided on the design I develop the model virtually in three dimensions, a procedure that allows me to incorporate new perspectives and compare, adjust sizes, materials and costs.

The next stage is usually to make a scale mock-up of the whole project, and then I finally start to create the actual work.

Broadly speaking, my projects are quite complex and, luckily, unplanned things happen. I remember when I was carrying out research on the forced removal of immigrants from Barcelona Cathedral (when working on Fortune’s Fool) that I was able to contact the photographer of Metro newspaper who, off the record, described the physical and human circumstances of the complete sequence that included the published photograph on which I based my work. 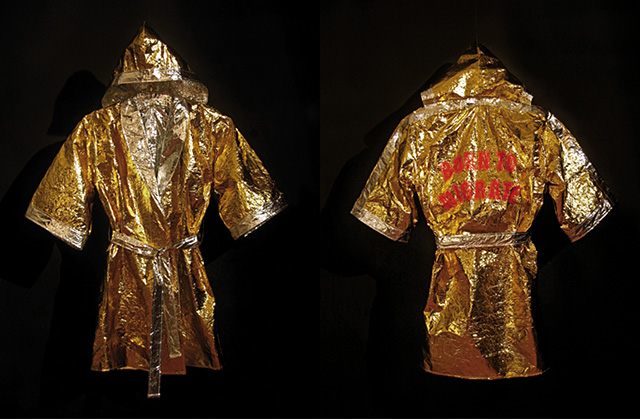 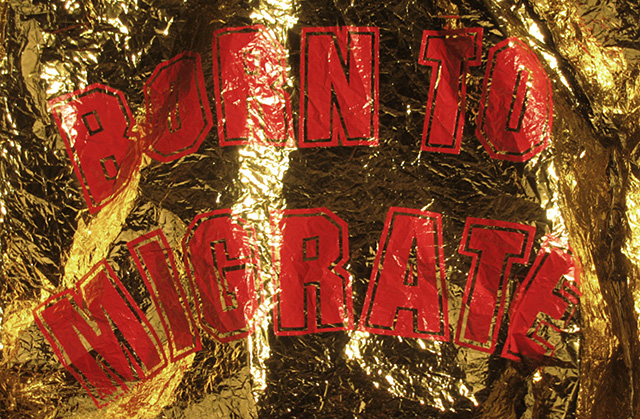 What are the differences between your early works and the latest? How has your art changed? Have you had any periods in your work?

The distinct phases in my work are usually related to the different maps through which I have travelled. Since my foundational works I have strived to preserve a conceptual nexus between my various projects and work on the formal aspects in harmony with the elements I feel are representative of each specific place. Such was the case with my first project in this direction, Jean Jaur?s y Sarmiento, an itinerant reproduction of a typical kitchen in the popular neighbourhood in which I was living at the time in Buenos Aires. I think that some features of that style or way of working can still be found in more recent productions. 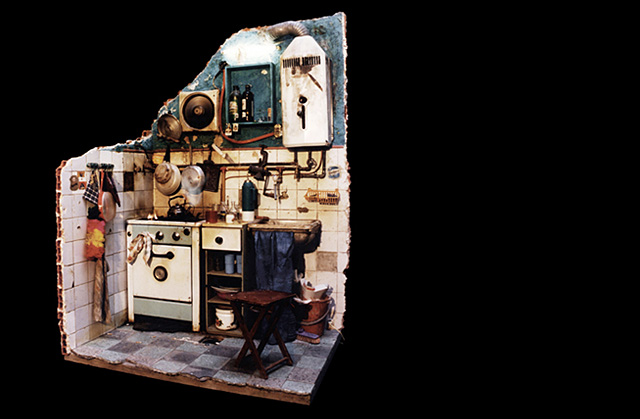 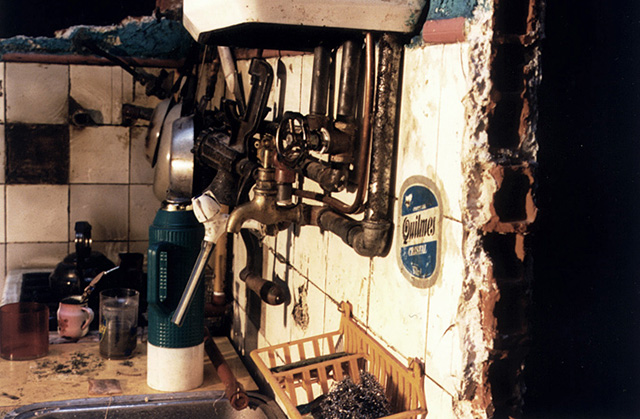 Were there any artists who influenced you and your art?

Many, but fundamentally the Conceptual artists of the sixties such as Sol LeWitt, Hans Haacke, Bruce Nauman, Joseph Beuys, V?ctor Grippo, etc.