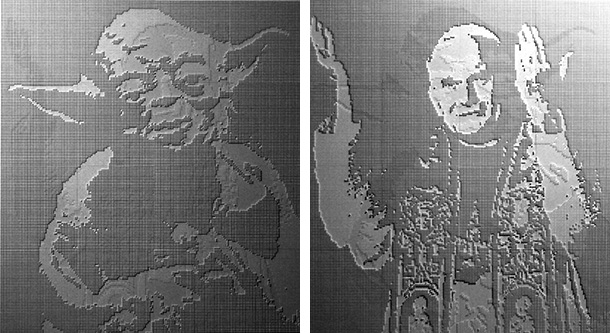 Drzach & Suchy are the architect from Basel and cryptographer/software engineer from Zurich. Most of their works are based on a special technique of Shadow Casting Panels, which was invented by Drzach in 2004 and then developed further by Drzach & Suchy. The technique means that a single panel can contain several images, and each separate image becomes visible depending on light direction, presented as a shadow/light variation.

The images to be stored in a panel are first rasterized and converted to a black & white format. Then they are encoded into the panel using special geometrical units. These units act as pixels and form the whole image in a pixel-by-pixel manner. Every unit is designed so that its shadow under particular light direction matches the colour (black or white) of the corresponding pixel of the image under this light direction. 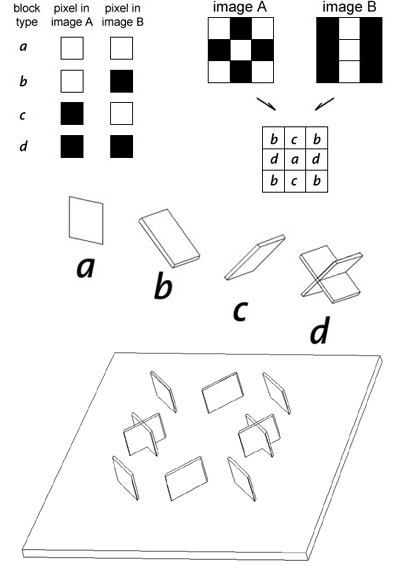 The panels can be produced of various materials and can be used in the fields of fine arts, design and architecture. The interesting way of using them is to produce facades of buildings that could reveal different images according to a time of day. For example, in the morning, when the sun shines from the east and the shadows are cast towards west, first image appears on the facade. During midday, when the sun has the highest position in the sky, shadows are cast downwards and the second image appears. During sunset shadows are cast towards east and reveal the third image. Moverover, simple units which form pixels could be replaced by solar cells to collect the sun energy and transform it to electricity. 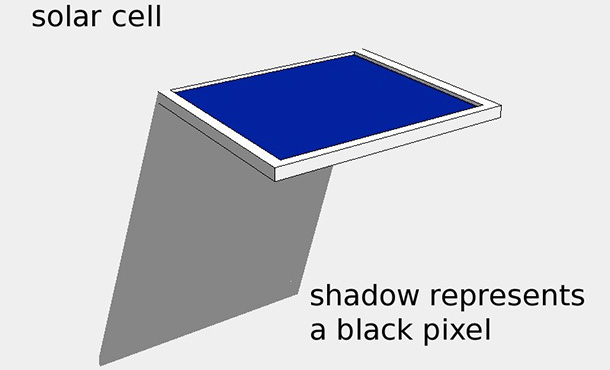 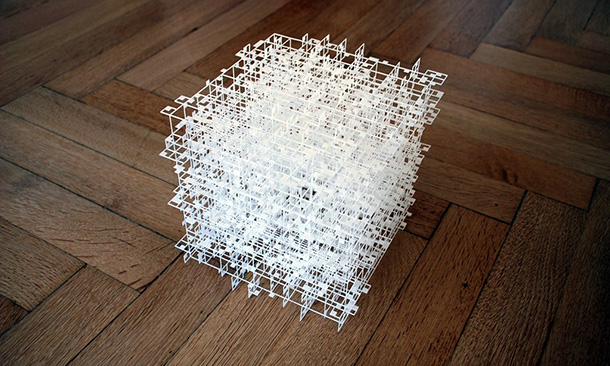