MONUMENTA is an exhibition which takes place in Grand Palais in Paris from 11 May to 23 June 2011. This project started in 2007 on initiative of ministry of culture and communication of France. Each year MONUMENTA invites an internationally-renowned artist to turn their vision to the vast Nave of Grand Palais and to create a new artwork especially for this space. This year, a British sculptor of Indian birth Anish Kapoor shows his new work – a giant installation, which was entitled ‘Leviathan’.

Anish Kapoor has worked on this installation for two years with the help of engineers from Great Britain, specialists in PVC from France, managers from Germany, designers from Italy and builders from Czech Republic. 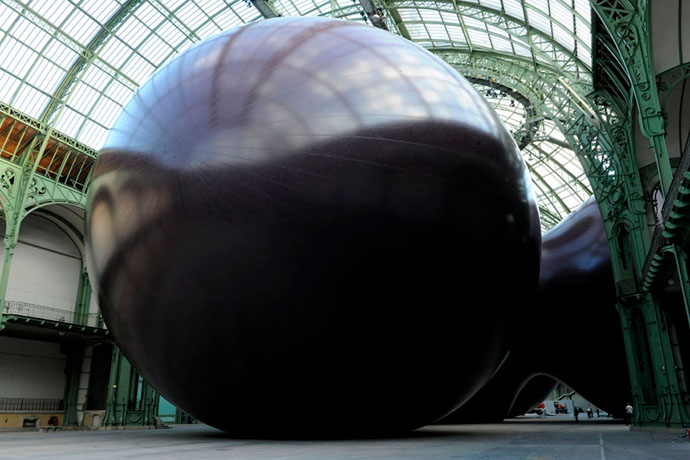 Responding to the architecture and size of the building, Anish Kapoor occupies almost all the space of the Nave in Grand Palais. As it is expected from the biblical beast, ‘Leviathan’ amazes with its size – four connected ellipses, which shape reminds viewers of a molecule, are almost one hundred meters in length and thirty four meters in height. The whole exhibition occupies an area of 13500 sqm. And it is not only a desire for great scales. Via senses, the sculpture affects viewer’s subconsciousness. A combination of the XIX century interior and futuristic shapes of the composition evokes a feeling of a dream. Watching on this giant, it is easy to imagine that it could swell and ruin the walls and the roof. 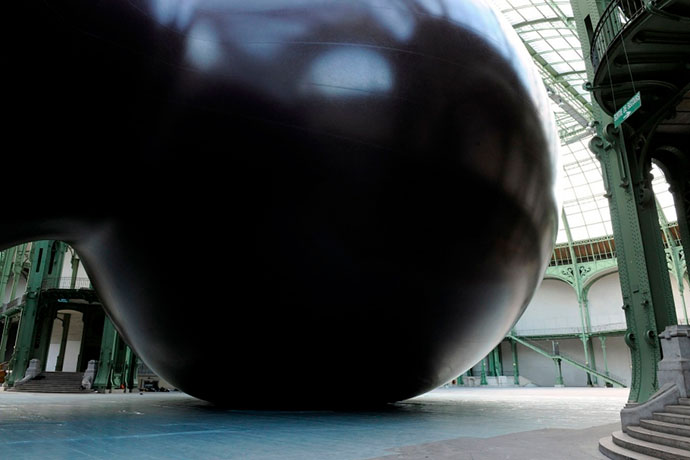 I want the viewer to have a moment of shock, aesthetically but also physically, so that when you enter the Nave you raise your eyes and say: ‘Wow! Could it be like that!’

One of the ellipses has a door, which invites the visitors inside. The structure covered with membrane creates its own special atmosphere. The visitor has a chance to imagine oneself as biblical Job, being swallowed by the beast Leviathan. Kapoor also uses the glass roof of the Grand Palais: atmosphere inside changes according to the time of day and amount of light that passes through the membrane. 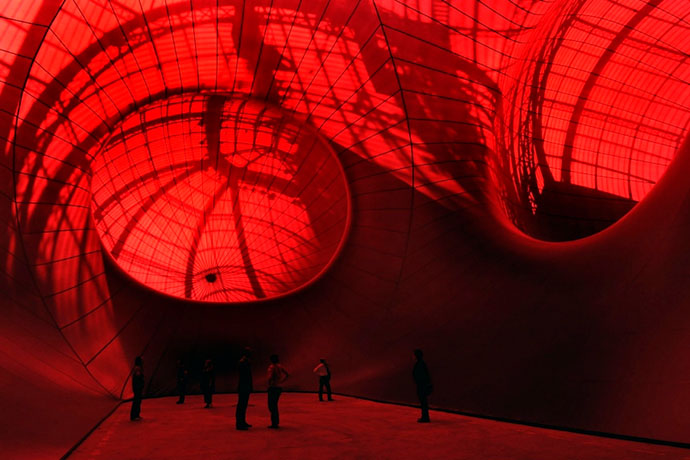 This work reminds us not only of biblical beast, but also refers us to Thomas Hobbes treatise with the same title, which tells us about civil liberties. Hobbes used image of Leviathan to describe a powerful state. Kapoor dedicated his work to Chinese artist Ai Weiwei who had been arrested in April. Having launched his own investigation into circumstances surrounding the earthquake in Sichuan, Weiwei provoked authorities into anger. The artist has been accused of ‘suspected economic crimes’ by the government and has not been seen or heard from since his arrest. His studio in Shanghai has been razed to the ground.

‘As a colleague – I don’t know him personally – I feel that as artists we have a communal voice and it’s important that we stick together, that we have a sense of solidarity with each other,’ he said. 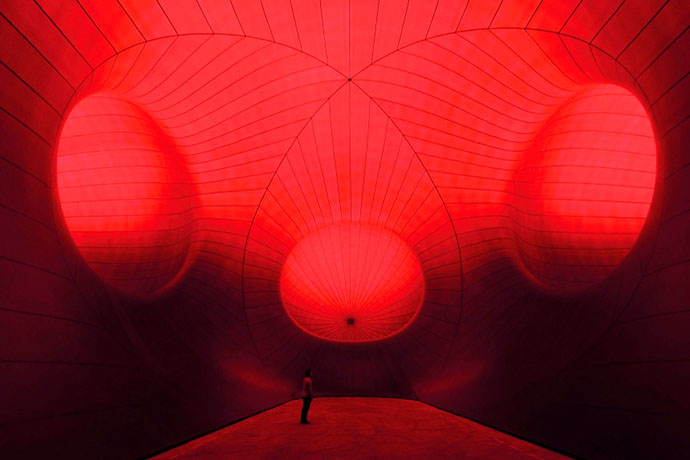 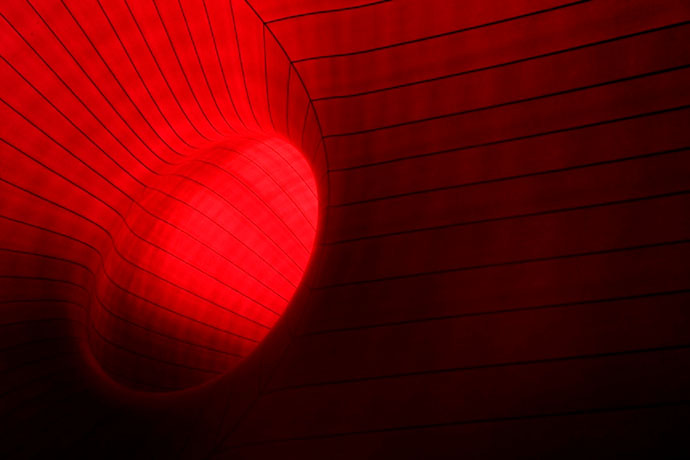 The sculptor added that if the Chinese authorities had a case against Ai, they should bring it as soon as possible.

‘Let’s get on with it then – let them accuse him of something,’ he said. ‘It’s a month now that the poor man has been held without a voice. But not only that: his family doesn’t know where he is. This is not a situation that’s acceptable in any circumstances.’