Ned Wenlock in collaboration with Rodney Selby has made a stunning music video for the Australian band Danger Beach. In this video, animation matches the music so well that it is sometimes hard to decide if the video was made for music or vice versa. And it also features very beautiful graphics and cool characters, which were animated by Rodney Selby.

‘The track made me think of traveling but I think a lot of music video’s use this device so I was looking for a new way to show traveling without just having panning backgrounds etc. I thought it’d be cool if you could see more of where he’s going and where he’s been. This made me think of bending the plane he’s on like a roll of paper going through a print machine so we can see shapes of things to come. I added more rolls so he could move between planes which he does on the train ride. When it was set up I tried to think of different way’s this system could be used to illustrate a scene, starting with quite a simple desert scape and the inside of a cave to the more complex scenes with the train where the motion bleeds together. I’m already thinking about new projects where I can push this idea further. A more graphic less literal approach might be interesting. The textures, colours and bits of postcard are a nod towards nostalgia for the old west as depicted in kids books and films.’ 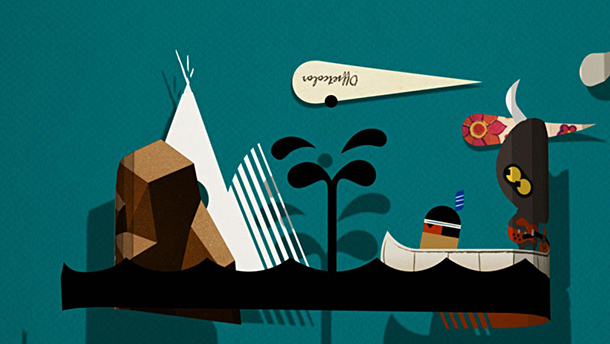 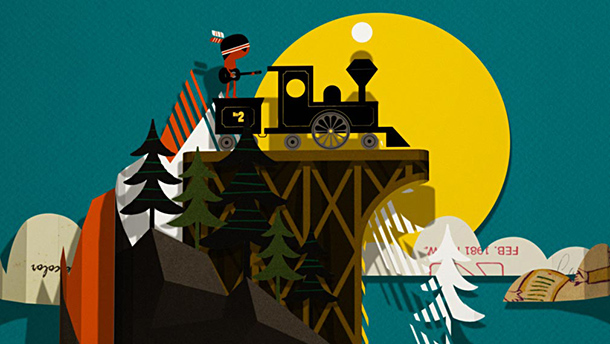 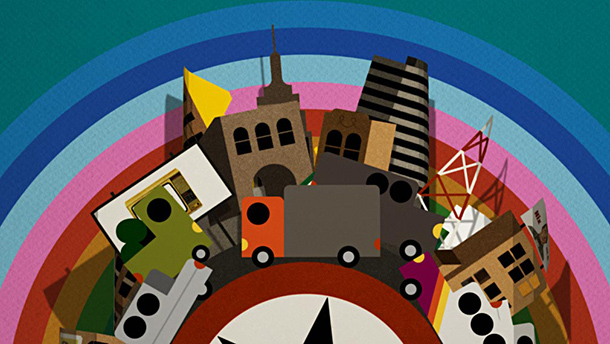